The Top 10 Things To See and Do in Newcastle, Australia 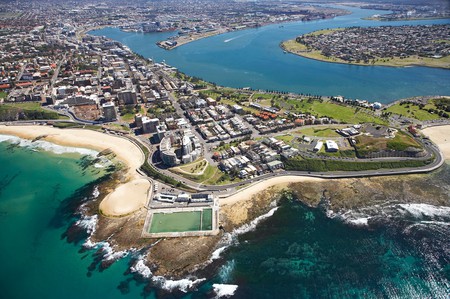 When globetrotting barista James Gill was growing up in Newcastle – a historical port two hours up the coast from Sydney – the city’s chief export was coal. But since Gill returned home after living in London, Manchester and Vienna, he’s noticed a boom in the other precious black substance, coffee, but also standout restaurants, breweries and boutique stores. He shares his top picks with Culture Trip.

“It is quite amazing how much Newcastle has changed over the three years since I left,” barista James Gill tells Culture Trip. “Every time I come back, there is always a new shop or café that seems to be doing well and getting buzz. It’s historically a very working-class city – although, in the past 10 to 15 years, it seems to be becoming hipster central in some parts.”

Hard hats and high vis. might have made way for bushy beards and batch brew, but one constant remains: Newcastle’s stunning seaside backdrop. Blessed with beaches every bit as beautiful as Bondi or Bronte – plus historic sites, avant-garde eateries and one of Australia’s premier wine regions on its doorstep – Newcastle is a top addition to any Sydney stay, or a compulsory stop on a road trip north to Byron Bay.

“If you are visiting Sydney but are in the mood for something a little more calm, I would recommend adding Newcastle to your itinerary,” says Gill.

Get to know Newcastle’s beaches 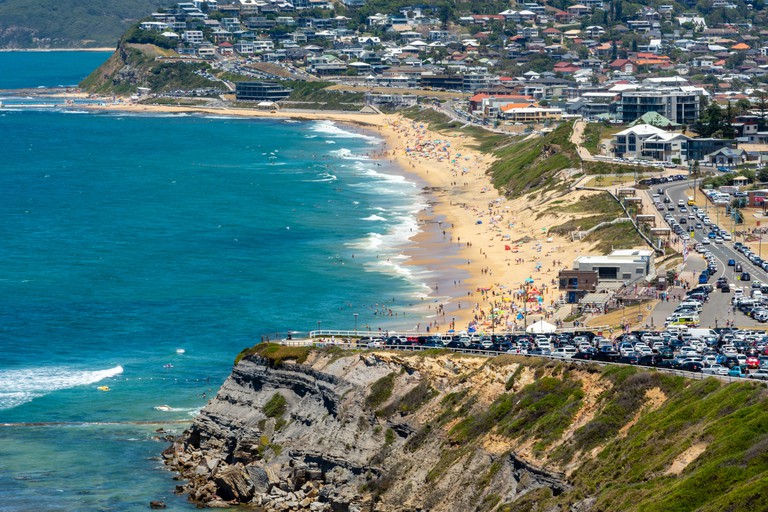 Sydney’s reputation for beaches precedes it. The word about Newcastle’s is only starting to spread. Have a dip at the main Newcastle Beach, Nobbys Beach at the head of the harbour, the dog-friendly Horseshoe Beach, the much-loved Merewether Beach and the secluded strips of sand within the Glenrock State Conservation Area. “Bar Beach is my favourite, though,” says Gill. “Although, I might have a bias towards the beach that progressed me through Nippers, first-aid courses and my surf lifesaving courses. Maybe it’s because it has a bowling club a five-minute walk away, maybe because it has the Newcastle Memorial just up the road, or maybe because it’s not a five-minute drive from the cafés and shops on Darby Street. All I know is that it’s my pick of the beaches on offer.”

Outside of Sydney and Melbourne, Newcastle boasts a string of third-wave coffee shops that rival any other city in Australia. Grungy Islington café Suspension Espresso roasts its own beans, while Good Brother Espresso Shop has spearheaded the revival of the city centre. Ground Up Espresso – whose Carrington exterior looks like a game of Tetris – is the best bet on the other side of the harbour. Gill – a barista who’s worked across the UK and Europe – has a few other recommendations. “One Penny Black is essential hipster; Wildflower Espresso is new and upcoming. And Goldbergs Coffee House is a Newcastle institution,” he says.

Take a dip in ocean baths 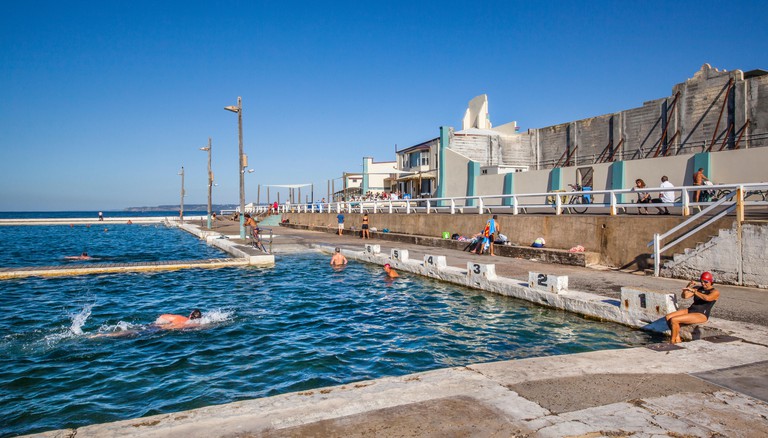 With the buffet of beaches comes a smorgasbord of scenic ocean pools, headlined by the famous numbered swimming blocks at Merewether. The Newcastle Ocean Baths on the doorstep of the city centre, the rock pool at Bar Beach and the legendary Bogey Hole – carved out of a cliff by convicts in 1819 – are other picturesque swimming spots protected from the waves. “The Merewether Baths are not to be missed, with beaches on either side of a beautifully open bathing area,” says Gill. “It’s split into two options – children and swimming lanes – available all year round.”

And sample the city’s other favourite drink: beer

When they’re not sipping on a single-origin coffee, Novocastrians are fond of another type of brew. The Queens Wharf Hotel is a picturesque place to watch the tankers cruise in and out of the harbour, while The Beach Hotel in Merewether pours its schooners in a renovated Art Deco building only steps from the sand. These are Gill’s favourite watering holes: “FogHorn Brewhouse is a brewery five minutes’ drive from Darby Street. Grain Store was restored from an old grain storage facility, and sells only local and independent beers, and The Blind Monk is away from the centre of town but has beautiful dark decor and great beer deals.”

Check out the Newcastle Museum 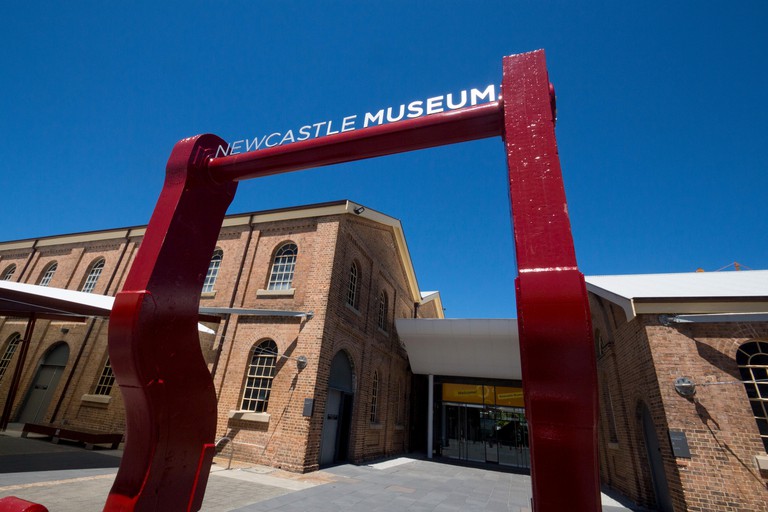 The city’s premier museum originated in an old brewery in 1988 before moving into the Honeysuckle Railway Workshops in 2011, bringing with it the story of one of Australia’s most historic cities. The perfectly preserved railway architecture leads visitors through the area’s Aboriginal past, Newcastle’s origins as a colonial coal port and development into the cosmopolitan city it is today. “It’s an amazing old building in the heart of Newcastle giving you the chance to read up on the history of the city and view the amazing permanent and specialised exhibitions,” says Gill. “These range from interactive children-friendly areas and demonstrations to Indigenous art.”

Go to the footy

Like all great working-class towns, Newcastle is fanatical about football. The Newcastle Jets play the round-ball code over summer, but the Newcastle Knights are the city’s pride and joy. This cherished rugby league club routinely pack out the McDonald Jones Stadium between March and September, win, lose or draw – mostly ‘lose’ since their last premiership in 2001. “You cannot do anything more Newcastle than going to watch the Knights defend their kingdom in front of 20,000 other supporters,” says Gill. “A sea of blue and red watching their team play on a Friday night or Sunday afternoon is a must-do.” 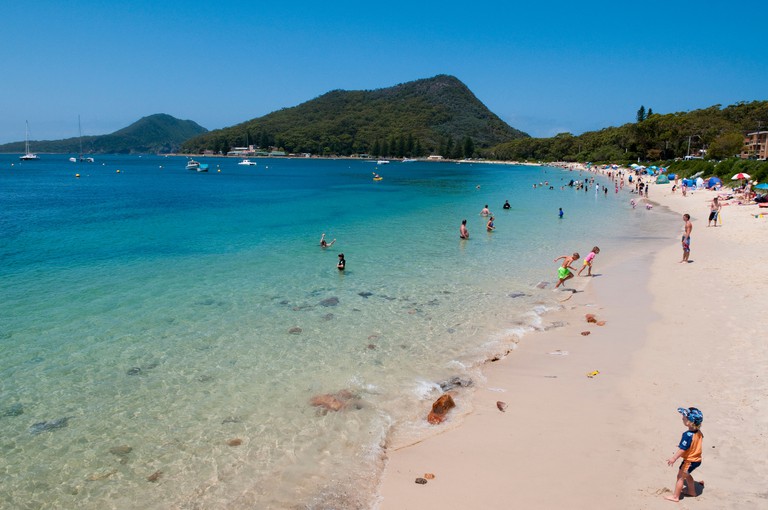 Just north of Newcastle lies a region that boasts 26 – yes, 26 – sun-kissed beaches. Hike to the top of Tomaree Mountain to spot whales between May and October (plus miles of golden coast year-round), and swim with wild dolphins on a cruise from the main centre, Nelson Bay. Also, learn why the dunes of the Worimi Conservation Lands are sacred to local Indigenous people. “If the city is becoming too bustling for you, then you have options with Port Stephens an hour away,” says Gill. “It’s a breath of fresh air and shows a different aspect of what Newcastle can offer.”

Stretching from the Newcastle City Hall near the port to the park near Bar Beach, Darby Street is the spine of the city, dotted with sunny cafés and independent retailers. Vintage shop Ramjet, homewares stores Betty Mim and florist Blooms on Darby always attract a crowd, but Gill has a soft spot for a place called Abicus. “It’s a clothing-slash-record shop on Darby Street, owned by a couple who have had the shop since 2000,” he explains. “They went from a small shop and now sell accessories, jewellery, records and clothing. Amazing people selling awesome stuff. It’s my favourite place to shop in Newcastle.” 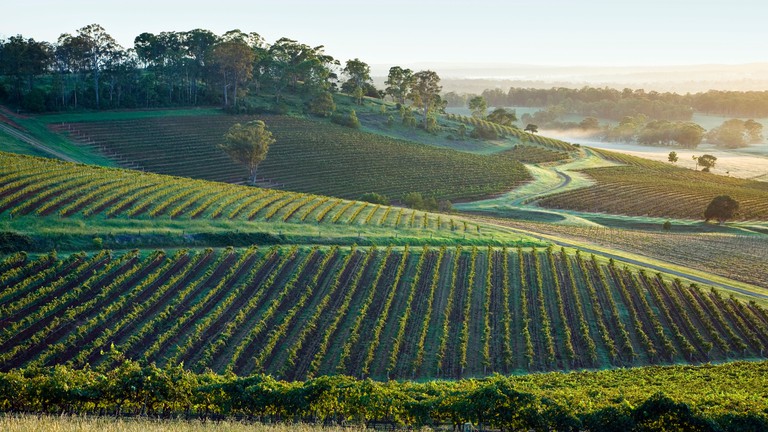 If a wine connoisseur visited one new winery per day, they would spend more than four months tasting everything the Hunter Valley has to offer. Australia’s oldest wine-growing region boasts well over 120 wineries plus more restaurants, cheese shops, beer cellars and chocolatiers than even the hungriest foodie could squeeze onto their plate. The Hunter Valley is a popular weekend-away destination from both Sydney and Newcastle, particularly for the open-air concerts among the vineyards. “The Hunter Valley has incredible wineries and views,” says Gill. “It even has a large open stage that hosts some internationally renowned bands – Fleetwood Mac, The Beach Boys, Elton John, Rod Stewart.”

Eat out at exciting restaurants

Newcastle’s cultural revival wouldn’t be complete without the mouthwatering menu of eateries springing up around the city. Subo serves contemporary Australian to rival anything foodies can find in Sydney or Melbourne, while Una Volta is a moody trattoria that could’ve been imported straight out of Italy. Scotties, on the other hand, has served legendary fish and chips one block from Newcastle Beach since 1950. Gill’s top picks? “Dumpling Story does amazing varied Asian dishes at great prices, while Coal River & Co is a more up-market restaurant on bustling Darby Street.”