The Top 10 Things To Do on Brisbane's South Bank

Brisbane’s South Bank is where the city’s love affair with the outdoor lifestyle, art, culture and music are most purely expressed. Within a stone’s throw of each other lie the South Bank Parklands – the city’s premier picnic and lounging spot for families – and the city’s cultural precinct, encompassing the Queensland Art Gallery, the Queensland Museum and more. With so many options in the immediate vicinity, here is our helpful guide to navigating what to see and do on the South Bank.

The South Bank is an urban rambler’s dream with the Parklands and Cultural Precinct serving up a cornucopia of pleasing architecture and greenery. Both architecture and greenery are wonderfully expressed in the Arbour, a kilometre-long pedestrian walkway connecting the Griffith Film School on the corner of Dock and Vulture Streets to the Cultural Forecourt and QPAC. The award-winning structure is comprised of 443 curling, galvanised steel posts, canopied over with eye-catching magenta bougainvillea flowers. A ribbon of yellow steel running through the structure fortunately makes the Arbour all-weather proof for walkers.

Spot the next The Living End, Wolfmother or Gotye on the cusp of success at The Seed Project, a proving ground for musicians enrolled on the Con’s Bachelor of Music, which has previously gifted us the aforementioned Wolfmother as well as The John Steele Singers, The Delta Riggs and Nine Sons of Dan. Staged in the open air setting of the Melbourne Street Green, adjacent to Queensland Performing Arts Centre, and running from June through to October, every musical genre under the sun is represented as these hotly-tipped musos strum, fret, shake and sing for the huddled crowds. A licensed bar is also on site that dabbles in comfort bar food, and when the nights start to get colder blankets and woodfires are made plentiful.

The combined Queensland Art Gallery and Gallery of Modern Art is surely the jewel of the South Bank, if not Brisbane itself. Both galleries are housed in a single institution on the riverside, with a shared vision of being the leading institution for the contemporary art of Australia, Asia and the Pacific. Certainly it is close to realising this dream when you consider its collection of over 16,000 works of historical, modern and contemporary art, along with its supplementary programme of Australian and international exhibitions. The majority of exhibitions are free, so explore in depth some of the permanent installations and artworks. In GOMA, one can find the dream-like Infinity Room on the upper level, the highly evocative works of Anish Kapoor, or Ron Mueck’s giant ‘Woman in Bed’; while in the QAG , highlights include its fine collection of art from the late 19th century and the first half of the 20th century (including works by Arthur Streeton, Rupert Bunny and E Phillips Fox, Russell Drysdale and William Dobell). But QAGOMA also has enough to entertain younger visitors too: the permanent Children’s Art Centre engages children with activities themed to coincide with current exhibits. For older kids, the Australian Cinémathèque is the only dedicated cinema facility in an Australian art museum.

Price: free entry (including the Children’s Art Centre) except for blockbuster exhibitions

Replacing the old South Bank Lifestyle Markets, the re-focused Collective Markets are more eco-driven but just as dedicated to showcasing the eclectic, the offbeat and the bargain. Situated in the historic precinct of Stanley Street Plaza, dig around the myriad stalls for tomorrow’s fashion and yesterday’s classics, jewellery, arts and crafts, furniture, objets d’art, and one-off knick-knacks. If your house can no longer fit in any more artisan goods, there are plenty of food stalls and live musical acts to offset the consumer therapy.

A relic of the World Expo ‘88 and now one of the South Bank’s most esteemed attractions, the Nepalese Pagoda was originally brought to Brisbane as the Kingdom of Nepal’s contribution to the Expo. The structure had been handcrafted over a two year period, using 80 tonnes of hard-carved Terai timber from the southern jungles of Nepal and employing the services of 160 Nepalese families. The Peace Pagoda now resides in the Southern Parklands, inviting quiet reflection and contemplation amidst the bustle of modern Brisbane.

Somewhat of a surreal sight just off the beat of the CBD, Street Beach is a welcome dose of iconographic sun, sea and sand in the heart of Brisbane city. Suitable for visits all year round, you can either bask in the winter sun on the cool white sands or go for a dip in the infinity pool during the summer months. Parents will be won over by the dedicated lifesavers on patrol all year around and the leisure activities for small children, particularly the shallow lagoon that meanders along towards the Aquativity area. 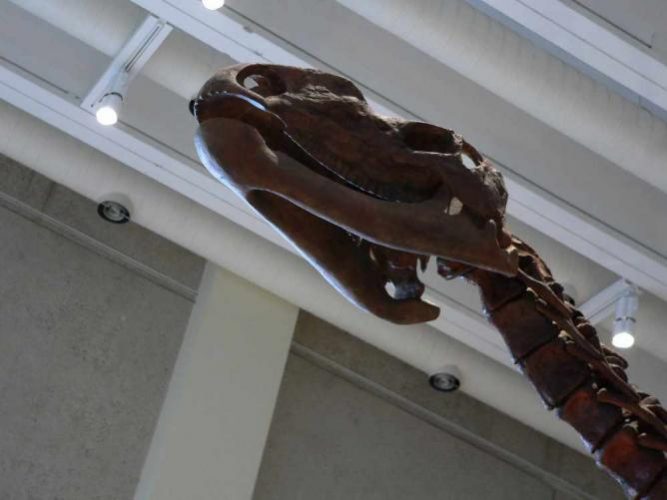 Founded in 1862, the Queensland Museum is another perfect way to while away an afternoon for culture-vulture tourists. The museum houses the state’s historical collections that date back to the colonial era, and on the several floors one can expect to find a dedicated exhibit on indigenous and Torres Strait island culture, interactive displays showing the marine and land biodiversity throughout the state, the ‘Avian Cirrus’ – Bert Hinkler’s famous tiny Avro Avian biplane that he flew from London to Bundaberg in 1928 in a 128 hour, 15 day stint – and a hulking German Mephisto tank, the only First World War tank left in existence. For the kids, the outdoors Energex Playosaurus Place will inspire with its lifelike statues of T-Rex and triceratops, and the skeleton of the first Queenslander, a dinosaur known as the Muttaburrasaurus (taking its name from the outback town Muttaburra, where its remains were discovered). Price: free Opening hours: Mon to Sun 9.30am-5pm Address: Crn Grey & Melbourne Streets, South Brisbane QLD, Australia

The Wheel of Brisbane
Architectural Landmark

Nothing beats the simple thrill of seeing a panoramic view of a city from the air, and the Wheel of Brisbane amply provides that kind of thrill. With 360-degree views of the South Bank, all from inside a climate-controlled gondola, this attraction is a reliable family crowd-pleaser. What’s more, spontaneity is welcome here: with no need to book your ticket in advance, simply buy your ticket at the South Bank Visitor Centre and climb on board.

The Cremorne Theatre, as part of the Queensland Performing Arts Centre, is one of Brisbane’s most unique performance spaces, a free-form theatre with six audience configurations. Its small capacity is intimate and versatile enough to accommodate experimental theatre, thought-provoking lectures, and productions that defy categorisation. At the entrance to the Cremorne is the Tony Gould Gallery, a small theatrical museum curated by the main QPAC Museum that collects and preserves the state’s performing arts heritage. In here, you’ll find selected articles from the 75,000 items that the QPAC collection consists of, including such diverse materials as costumes, set designs, programmes and retrospective displays.

After a full day whizzing around all of the above, you could be forgiven for craving a stiff drink and a seat outside by the riverfront. There are few better destinations than the River Quay Green, whose wet drinking license allows for cocktails and beers with your evening picnics. The area frequently plays host to exciting riverfront spectacles and cultural events, including Regional Flavours and Sunday Sessions on the Green in the past. Finish off your day on the South Bank by chilling out in the grounds of the amphitheatre and watching the lights of the dinner cruises shimmer on the water.