The Top 10 Bars In Collingwood, Melbourne 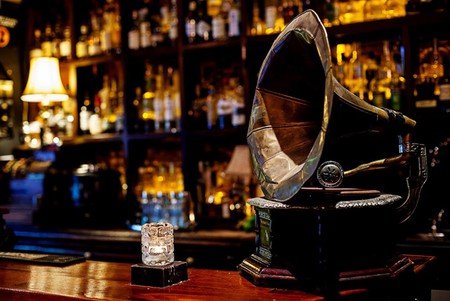 The not-so-secret history of inner city Melbourne – all the up-and-coming popular suburbs such as Fitzroy and Collingwood – is that these were the true slums of Melbourne when it was first formed. Every highly sought-after terrace house once held three families with little more than an outhouse and fireplace. In terms of lifestyle and culture, these suburbs now could not be more popular. The latest suburb to finally graduate from slumdom is Collingwood, so here are the top ten bars for the area.

The name alone hints of the treasure trove that might lie within, but the tagline seals the deal when they describe themselves as ‘purveyors of fine drinks, good times and bocce.’ Seamlessly combining the unique niche of the Northside vibe and classy cocktail bars, Mr. Wow’s Emporium offer a premium range of alcohol, with world-class bartenders providing advice and excellent service. Food is also available, along with pool tables, and, of course, bocce. 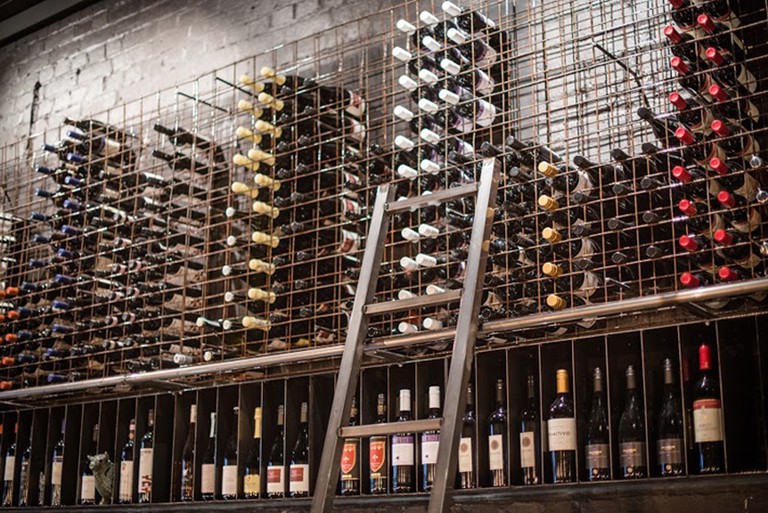 Image courtesy of Meatballs and Wine Bar
Meatball and Wine Bar is more commonly seen as a restaurant; however, the alcohol selections are extremely broad, and with bar-style seating available, it is certainly somewhere you can slip in for a drink. The menu ranges from gluten-free beer to cocktails, and, naturally, an extensive array of wines. The atmosphere is relaxed, with mood lighting to boot. Naturally, if you get peckish there are plenty of food options on offer, which cater to vegetarians despite the obvious meatball theme.

Pixel Alley is right next to Mr. Wow’s Emporium and is owned by the same crew. Don’t expect a clone though; other than following the theme of encouraging games while drinking, this place is a completely different world. Inspired by game arcades in the U.S., Pixel Alley will reel you in with Donkey Kong-themed cocktails, 8-bit animation-style murals, and arcade games waiting to be played. It’s like a fantasy straight out of the ’80s.

The true appeal of The Noble Experiment is something that sets it apart from most bars, let alone the others on this list. Set to the theme of 1920s’ prohibition bars, the many small rooms all have an intimate, but somewhat seductive appeal. The menu boasts an extensive selection of both bottle and aged cocktails – something that is not seen elsewhere in Melbourne. In addition to this, the gin menu is worth noting, as well as the food selections, which support local and sustainable eating (despite a European influence). 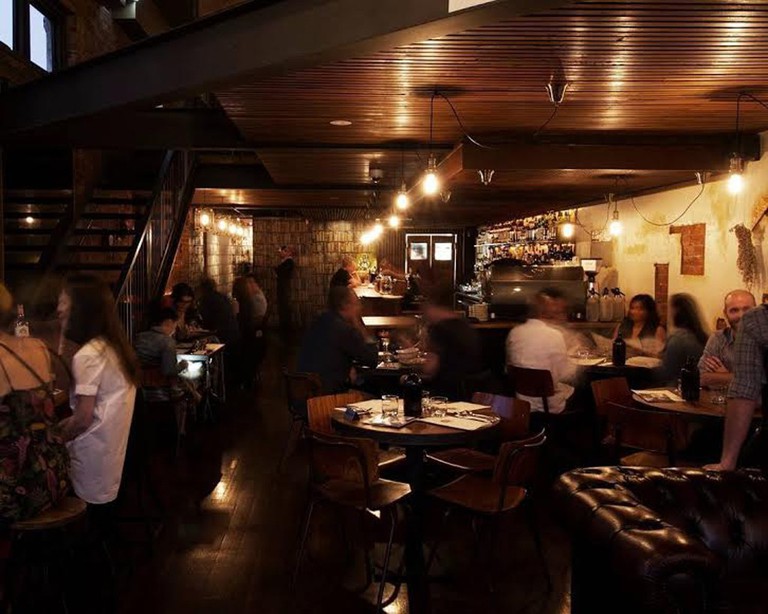 Image courtesy of The Noble Experiment 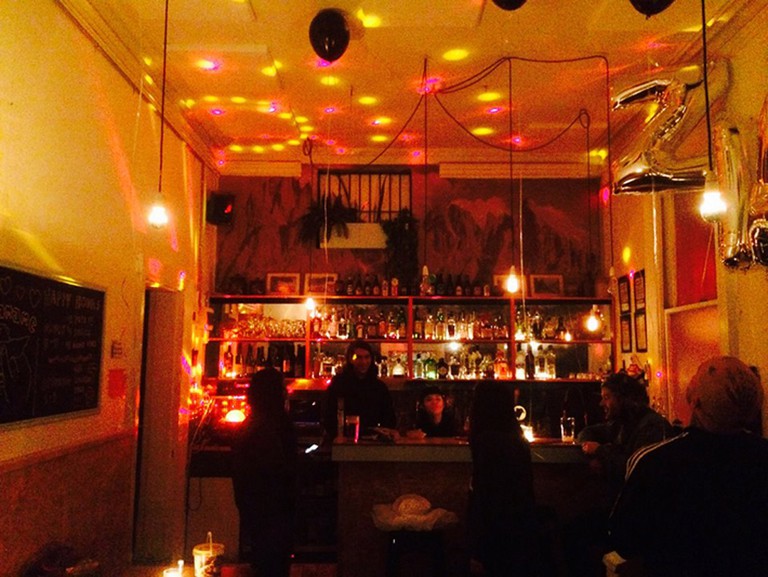 99 Problems, Collingwood | courtesy of 99 Problems
Off the main drag of Collingwood’s Smith Street, 99 Problems is quiet without being like a museum. You can hold a conversation with just about anyone here, but there is always a vibe in the bar that feels comfortable. The owners have backgrounds in both music and design, so needless to say the interior is amazing and the music is always top-notch. Filled with intimate rooms, 99 Problems offers a perfect space for quiet catch ups or even first dates.

Forester’s Hall may be one of the largest venues in Collingwood. Holding a 4am license and serving wood fire pizza until 2am, you can get lost here with a large group of friends for the entire night. Arguably one of Forester’s Hall’s best features is the 32 different craft beers they have on tap. It’s rare to get such a selection anywhere, particularly somewhere that has free beer tastings on Tuesdays. The final feature worth noting is Forester’s live music, making it a venue that literally ticks all the boxes. 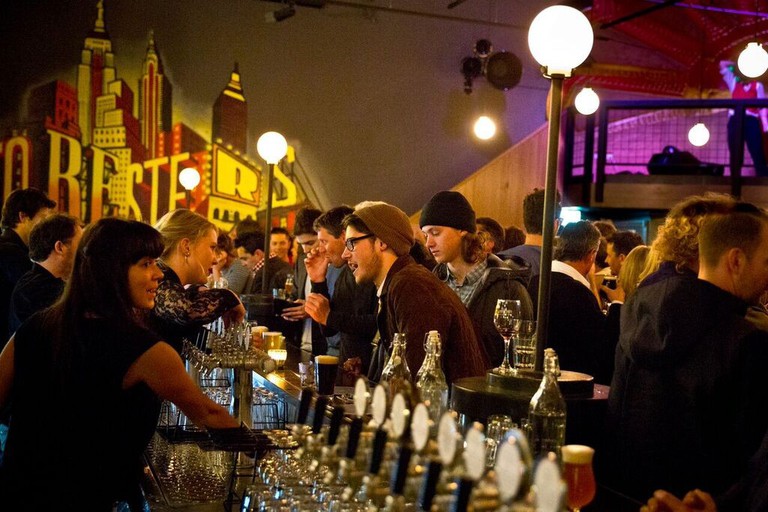 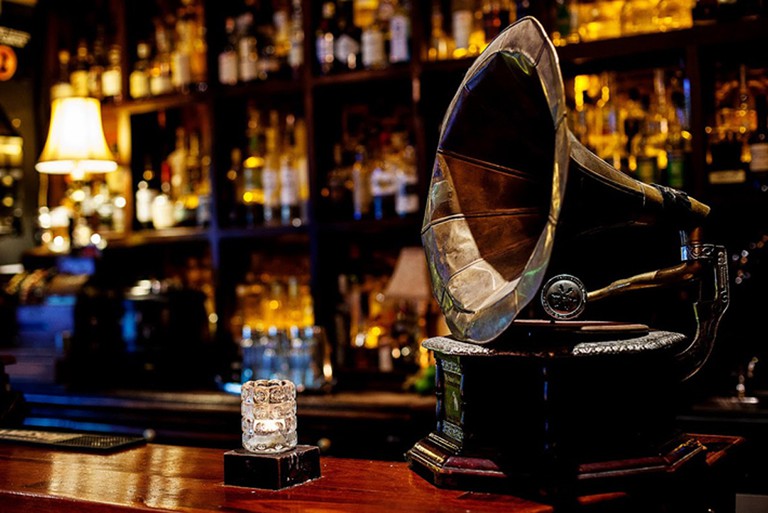 Caz Reitop’s Dirty Secret, Collingwood | courtesy of Caz Reitop's Dirty Secrets
Caz Reitop’s Dirty Secrets is somewhat of a hidden secret. Few have heard of it who haven’t previously been taken there for one reason or another. This cocktail bar provides the perfect backdrop for anyone who swoons over The Great Gatsby. If you haven’t worked it out, the bar is set to the theme of the 1920s. Providing entertainment ranging from comedy to jazz, Caz Reitop’s Cocktail Bar is a place where you can hang out and enjoy a relaxed cocktail or two in style.

Bar, Pub Grub
Facebook
Email
Twitter
Pinterest
Copy link
Share
Lot 347 is situated in a heritage-listed building just down from the main hub of Smith Street. Formally housing auction rooms, the bar is now owned by Stephen Trainor, whose father worked at the auction rooms for more than 50 years. The inspiration is to encourage people to try local beers or for non-beer drinkers to find something new to enjoy. Every beer available is brewed in Victoria. The food menu is designed to complement the craft beers, all of which are available on tap.

Stirred by a different time in a different place, Le Bon Ton is Melbourne’s answer to a ‘Southern style wonderland’. Inspired by oyster bars and smokehouses in New Orleans, Le Bon Ton offers an extensive cocktail and absinthe menu in addition to an array of American microbrews. With different areas covering different themes, you can find yourself in an absinthe den, feeling classy being served up oysters, or outside in the courtyard in and among a Southern style grill. 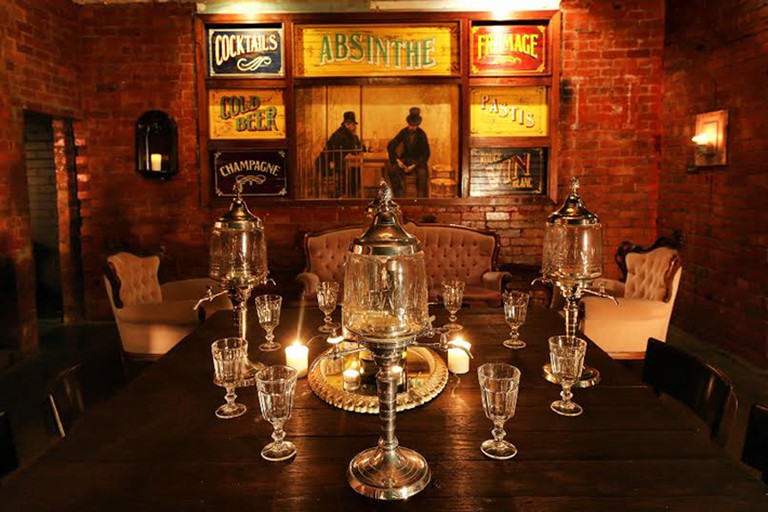 Mr. Scruff’s is a triple threat – it’s bar, club, and food joint. The fare is affordable, and predominantly an American-style diner type cuisine. With several locations to drink, including inside, outside, upstairs, downstairs, and of course a dance floor, Mr. Scruff’s is a venue for a casual catch up with a friend, or a celebration with a big group. The music tends to range between soul, funk, and hip hop, and the establishment is open late into the night.