The Story Of Dorothy Wall, Creator Of Australia's Blinky Bill

Blinky Bill, the quaint little Australian - 'What shall I name this young bear', he asked. 1933 | © Paul K/Flickr

Born on 12 January 1894 in Wellington, New Zealand to English parents, soldier Charles James William Wall and his wife, Lillian née Palethorpe, Dorothy Wall was quickly admired for her artistic approach, winning scholarships for her art at the ripe age of ten. Studying at Christchurch School of Art and Wellington Technical School, Wall migrated to Australia in 1914 when she began to work for Sydney’s Sun newspaper. 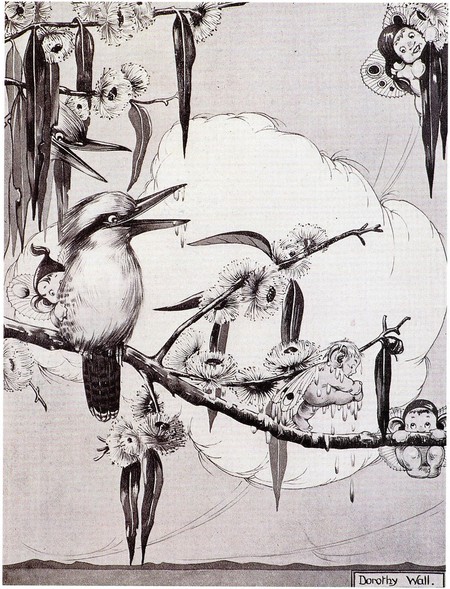 'The Jackass thought he had never seen anything so funny' IN The Crystal Bowl, 1921 by Dorothy Wall | © Paul K / Flickr

Come 1920, Wall’s very first children’s story, Tommy Bear and the Zookies, was published, beginning her career in children’s fictional books. In the following year, she married clerk Andrew Delfosse Badgery and was recognised as an acclaimed illustrator for her work in J.J. Hall’s book The Crystal Bowl (1921). It was here that her illustrations – naturalistic animals, Art Nouveau fairies, florid cherubs and pixies – were recognised as having similarities to the work of Ida Sherbourne Outhwaite. However, this only helped her to land more illustrating roles throughout the 1920s and 1930s, illustrating for Brooke Nicholls’ Jacko, the Broadcasting Kookaburra (1933) and The Amazing Adventures of Billy Penguin (1934) and Nellie Grant Cooper’s Australians All (1934).

Upon publishing in 1933, Blinky Bill: the Quaint Little Australian came to be Wall’s most popular book based on stories that she told to her only child, Peter. The success of the anthropomorphic koala led to the completion of two more books, Blinky Bill Grows Up (1934) and Blinky Bill and Nutsy (1938). However, despite such popularity with Blinky Bill, Wall went on to experience financial difficulties after divorcing Badgery in 1934 and moving to Warrimoo, Blue Mountains, with her son. This difficulty forced Wall to fall back on her artistic skills, writing to her publishers, Angus & Robertson Ltd: ‘I’ve never cared for the honour and glory of seeing my name in print. £.S.D. is what matters to me now’. Following this, her publishers provided work for Wall, illustrating book jackets. 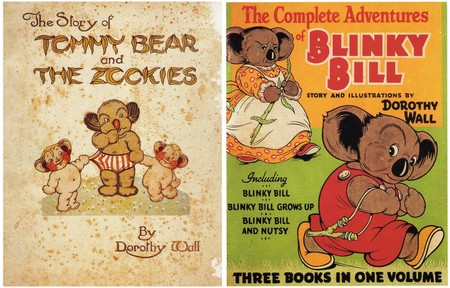 However, by 1937, Wall returned to New Zealand suffering from bipolar disorder, depression and failing health. Upon returning, she went on to become an illustrator for New Zealand Herald and Auckland Weekly News, which saw both her health and financial situations improve over the following years. During this time – which undoubtedly helped to improve her financial situation – Wall published The Complete Adventures of Blinky Bill in 1939, which proved to be just as popular, if not more, as the original individual stories.

Returning in July 1941 to the country Wall loved so much, her health quickly deteriorated once again. On 21 January 1942, she died of pneumonia at her Sydney home in Cremorne and was buried in the Northern Suburbs cemetery.

Since her passing, The Complete Adventures of Blinky Bill has never been out of print, being reprinted 15 times between 1940 and 1965 alone. Further, in 1985, Australia Post created a postage stamp of Blinky Bill, honouring both the well-loved character and Wall, as part of a set of five stamps commemorating children’s books. As Blinky Bill has since embedded himself into Australians’ hearts and culture, her stories will continue to live on. 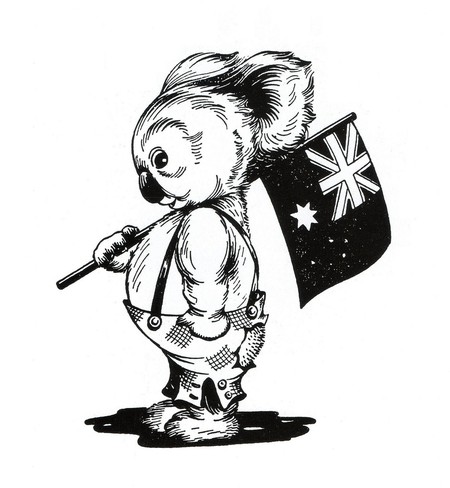