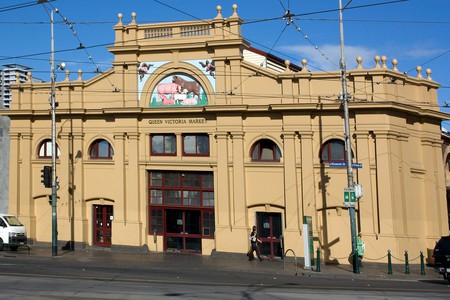 Spread across 17 acres, the Queen Victoria Market is the largest open-air market in the southern hemisphere. Opened on the 20th of March 1878, this Heritage-listed market has been the heart and soul of Melbourne for 139 years and continues to draw locals and tourists alike. Whether you’re after fresh produce, gourmet delights, a souvenir or simply want to browse the sheds with a jam doughnut in hand, keep in mind the varied and rich history of the iconic landmark that is the Queen Victoria Market.

The Lower and Upper Market

Bounded by Elizabeth, Victoria, Queen and Therry Streets, the Lower Market is the oldest section of the Queen Victoria Market. Comprising of the Deli Hall, Meat and Fish Hall and H and I Sheds, the Lower Market was originally intended as a fruits and vegetable market. Instead, the area was used to house livestock and hay.

In 1878 G, H, I and J sheds were constructed on the site; however, only two remain. G Shed was removed to make way for the Meat Hall, and J Shed was burnt down and is currently a public plaza. In 1929 the Deli Hall was built adjacent to H and I Sheds, making it the last addition to the Lower Market. 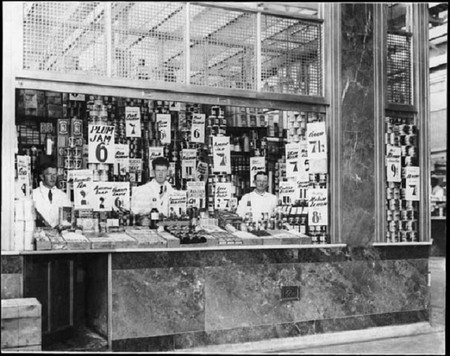 Unlike the Lower Market, the Upper Market was not originally intended as a marketplace. Instead, the site was used as a school, drill hall and as Melbourne’s first cemetery. Completed in 1930, the Upper Market, bordered by Queen, Victoria, Peel and Franklin Streets, includes Sheds A through F, as well as K and L Sheds. The Upper Market also once featured 60 brick stores housing wholesale agents and merchants, but after allegations of corruption, the Wholesale Market was relocated to Footscray. That, today, is all that remains in a row of stores along Franklin Street. 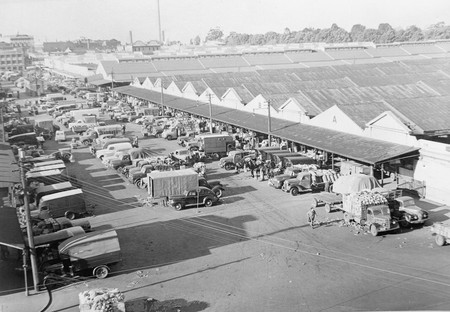 Between 1837 and 1854 the land now occupied by the Queen Victoria Market was a part of the Old Melbourne Cemetery where approximately 10,000 early settlers, including explorer John Batman, were buried. Upon the Market’s expansion onto the site in 1917, 914 bodies were exhumed and reinterred at other cemeteries around Melbourne. An estimated 9,000 bodies remain buried below the existing car park; no records exist of those buried there, because official documents were destroyed during a fire at Melbourne Town Hall.

Listed on the Victorian Heritage Register as having “historical, archaeological, social, architectural and aesthetic significance to the State of Victoria,” the Queen Victoria Market is as popular as ever and continues to be a place where the community unites. The QVM is also the “number 1 international tourist destination in Victoria,” according to Tourism Victoria. 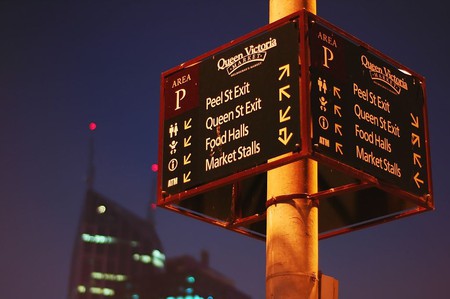 Now in its twentieth year, the Queen Victoria Summer Night Market is a beloved Melbourne event that showcases talented musicians and roving performances; it features global food traders as well as artisan and vintage stalls. In 2016, the Winter Night Market was launched providing a cosier alternative to the summer series. 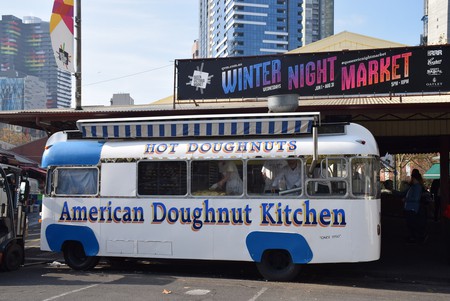