'The Shepherd’s Hut' by Tim Winton, Journeying into Masculinity 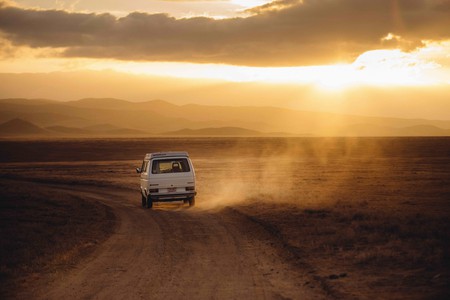 Structured as a coming-of-age odyssey across the Australian desert, Winton’s novel ventures beyond the outback, into a young man’s complex relationship with masculinity.

Tim Winton’s novel The Shepherd’s Hut takes place in the arid, uninhabited salt flats of western Australia. But its action spawns from the lively, fertile mind of its young narrator Jaxie, traversing the desert on foot after the death of his violent father. His motivation is Lee, his princess with “dirty bare feet” who understands him better than anyone else and lives on the other side of the desert. But first, he must survive.

On his path, Jaxie encounters a singlet-wearing, goat-slaughtering ex-priest, Fintan MacGillis, who has been forced into exile for a sin so unforgivable he won’t disclose it. The two strike an unlikely alliance, carefully navigating the tension between holding their distance and building trust, a potentially fatal exercise in the wilderness.

In his native Australia, Winton is a National Living Treasure. A four-time winner of the Miles Franklin award – Australia’s highest literary achievement – his literary fame is equal to his environmental activism; he donated the winnings of his first Franklin prize to save a reef. Lately, he has been interrogating toxic masculinity.

“Boys and young men are so routinely expected to betray their better natures, to smother their consciences, to renounce the best of themselves and submit to something low and mean,” says Winton, in a speech published in The Guardian in April 2018. “As if there’s only one way of being a bloke, one valid interpretation of the part, the role, if you like. There’s a constant pressure to enlist, to pull on the uniform of misogyny and join the Shithead Army that enforces and polices sexism.”

Jaxie reflects the author’s discontent with the narrow scope of what constitutes a masculine identity. Caught between the rawness of his emotion and not wanting to appear a “softcock”, the narrator is not only scaling the dirt tracks and gum trees of the outback, but the uncertain moral terrain of being a young man. His shrewdness, “There’s something about the men just stops them being able [to get close]”, is juxtaposed with his own affirmations of received masculinity, “I’m not the surrendering type”, he says. As a result, the reader’s responses fluctuate between the compassionate and the cold. “Some of it makes you want to hug them. Some of it makes you want to cry. Some of it makes you ashamed to be a male,” writes Winton on the everyday discourse of young men, an ambivalence shared by the reader. 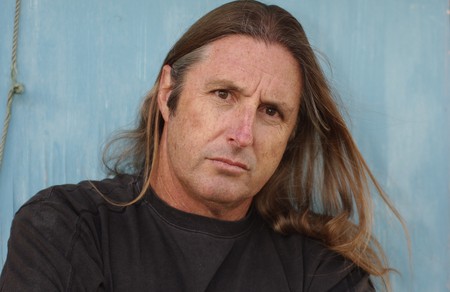 Jaxie narrates in his own vernacular; mercurial, candid and crude. “When I hit the bitumen and get that smooth grey rumble going under me everything’s hell different”, he writes in the opening sentence, as if waxing lyrical over a beer in a bar. It can be jarring to read, like stumbling over linguistic potholes – “Mulga scrub. Glinty stones. Roadkill crows” – but its effect is visceral. (A similar technique is employed by British author Guy Gunaratne in his acclaimed novel In This Mad and Furious City.) It’s a technique that brings the reader more intimately into the cultural space the characters inhabit, through particular rhythms, cadences and jargon. Jaxie’s story is not told through language, but ‘in’ language.

In the second half of the novel, the book crescendos and transforms into a thrilling page-turner. As Jaxie and Fintan’s hideout – the eponymous hut – is placed under increased threat, so too is their quasi-parental bond. In the outback, where personal survival is everything, will each stay loyal to the other?

Both characters, exiles in their own respective ways, are in need of redemption. And at the novel’s climax, there is a gesture towards salvation, present in the mutual acknowledgement of the other. It is only here they can finally lower their guard.

“Yes, boys need their unexamined privilege curtailed. Just as they need certain proscribed privileges and behaviours made available to them,” says Winton. “But the first step is to notice them. To find them worthy of our interest. As subjects, not objects. How else can we hope to take responsibility for them? And it’s men who need to step up and finally take their full share of that responsibility.”

Toxic masculinity is what Winton set out to explore. But he has achieved something greater in suggesting a potential remedy, in the ownership of one’s actions. It is perhaps most neatly expressed by Fintan, in a rare moment of undoing: “God is what you do, not what or who you believe in”.

The Shepherd’s Hut by Tim Winton is published by Picador, £14.99