The Many Faces Of Barry Humphries 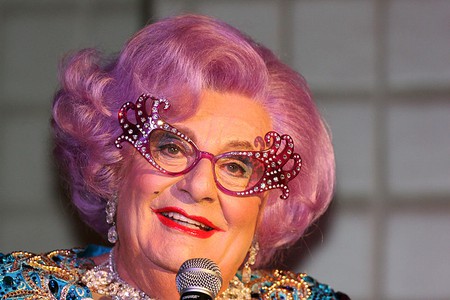 Known for his alter-egos and uncensored satirical humour, Barry Humphries is one of Australia’s most treasured comedians, and his characters Dame Edna Everage and Sir Les Patterson are so convincing that one forgets they are forged by makeup and costume.

Born on February 17, 1934 in Kew, Melbourne, Humphries spent his childhood playing dress-up and making people laugh. Humphries attended Camberwell Grammar School and Melbourne Grammar before studying at Melbourne University. Humphries was a part of Melbourne’s Dadaist movement and was involved with the Union Theatre Repertory Company, which would later become the Melbourne Theatre Company. It was during this time that he created Edna Everage. Humphries has performed in several West End productions and appeared in 22 films (including Finding Nemo as the voice of Bruce and The Hobbit as the Goblin King). He is an award-winning writer, a Tony-winning actor and an accomplished artist. Humphries is also a recipient of the Officer of the Order of Australia and Commander of the Order of the British Empire. 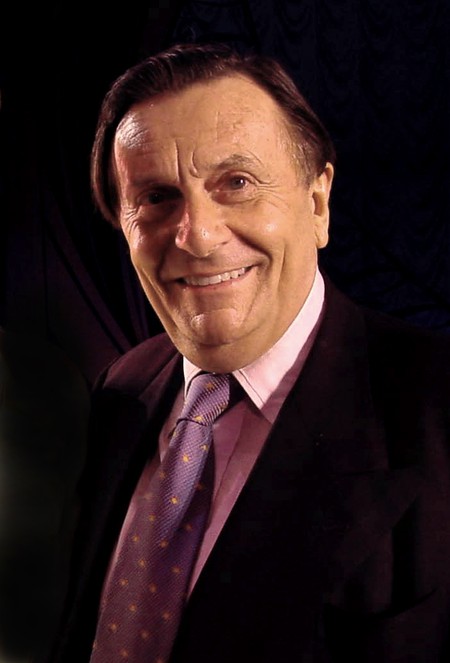 Barry Humphries’s most infamous alter-ego is the flamboyant Dame Edna Everage whose signature catchphrase ‘Hello, Possums’ has become a part of the Australian vernacular. Although she is recognised by her lilac hair, gaudy glasses and extravagant costumes, Dame Edna was originally an average housewife (hence the name Everage) and her wardrobe lacked any glitz or glamour.

Dame Edna was born on a commute in 1955 while Barry Humphries was on tour with the Union Theatre Repertory Company, which went on to become the Melbourne Theatre Company. Her falsetto voice was inspired by the Country Women’s Association representatives who welcomed the group as they arrived in country towns around Victoria. Director Ray Lawler advised Humphries to introduce the character to audiences during Melbourne University’s UTRC revue in late 1955. Humphries brought the character to comedy clubs around Melbourne before taking her overseas for her international debut at a club in London’s West End.

In 1972 she made her film debut in The Adventures of Barry McKenzie, and it was during the sequel that then Prime Minister Gough Whitlam addressed Mrs. Everage as Dame. Her popularity rose in Australia and England, and by the mid-1970s Dame Edna had her own show on the West End, although later in the decade she struggled to win over off-Broadway audiences in New York. In 1987 Dame Edna received her own British talk show The Dame Edna Experience, which ran from 1987 to 1989. Among the show’s notable guests were A-listers Sean Connery, Joan Rivers, Charlton Heston, Jane Fonda, Liza Minnelli, Lauren Bacall and Tom Jones. In 2000 and 2004 she appeared on Broadway, and her 2000 show The Royal Tour went on to win a Drama Desk Award and a Tony Award. Dame Edna has made guest appearances on Ally McBeal, the Queen’s Golden Jubilee Concert, The Tonight Show with Jay Leno, Spicks and Specks, The Graham Norton Show and The View. 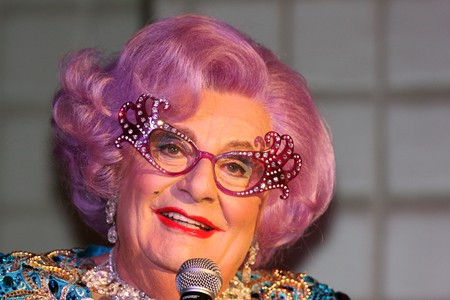 In 1994 Dame Edna released an autobiography, My Gorgeous Life, which Barry Humphries wrote from the perspective of the character. Categorized as non-fiction, the book tells about the Dame’s life from a housewife to a global jet-setter. Dame Edna was born as Edna May Beazley in Wagga Wagga, New South Wales and made her stage debut as an Olympics hostess in 1955 as Mrs. Norm Everage, an Australian housewife from Moonee Ponds in the revue Return Fare. Everage has four children, Kenny, Bruce, Valmai and Lois, and was married to Sir Norman Everage, who died in 1988. Dame Edna recounts tales from her career and reveals that she is a friend and confidant of the Queen and has acted as an advisor to prime ministers and presidents.

Dame Edna has received several honours throughout her career including the renaming of Brown Alley off Little Collins Street to Dame Edna Place. Everage Street in Moonee Ponds was also named after her. In 2008 MAC Cosmetics released a Dame Edna Collection, and in January 2009 a bronze statue was erected in her honour at the Melbourne Docklands.

Barry Humphries also created the uncouth Sir Leslie Colin Patterson, who first appeared at the St. George Leagues club in Sydney in January 1974 and has since appeared in many of Barry Humphries’s shows and TV specials. The character was born on 1 April 1942 in Taren Point, Southern Sydney, and he received an honorary doctorate in Australian Studies from the University of Sydney. He and his wife, Gwenneth Lorraine Dolan, met during a matinée screening of Fantasia, and they have two children, Craig and Karen. In 1976, he received a knighthood ‘for services to Australian culture’ and has been honored as a Knight Commander of the British Empire. Patterson has held a long list of jobs throughout his career including ministerial and chairman positions, and he has written three books and recorded three albums.