What Does Australia's Flag Symbolise? 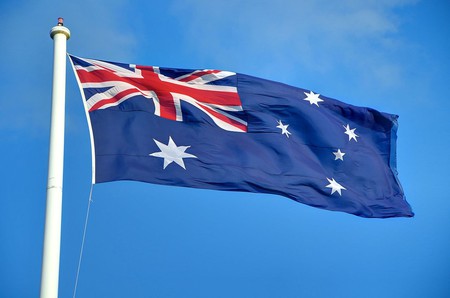 Designed by the people, the Blue Ensign Australian National Flag has been the topic of debate since 1901. Symbolically, the flag acknowledges our British Heritage, the importance of the Southern Cross emblem and the unity of states and territories; however, many feel Australia’s sovereignty and multiculturalism should take precedence.

In 1900, prior to the Federation of Australia, a public design competition was held by the Melbourne Herald to find a flag that incorporated both the Union Flag and Southern Cross. A second competition was announced later that year by Review of Reviews for Australasia, and an official competition was held by the Commonwealth Government following the Federation on the 1st of January 1901. In all, 32,823 entries were received, including those from the Review of Reviews. Each entry required two coloured sketches: a red ensign for civil use and a blue ensign for official use and were judged based on ‘loyalty to the Empire, Federation, history, heraldry, distinctiveness, utility and cost of manufacture.’

The winning flag design was announced on the 3rd of September 1901 by Australia′s first Prime Minister Edmund Barton who hoisted the blue flag above the Royal Exhibition Building in Melbourne where Parliament sat at the time. Due to the competition’s aesthetic restrictions it was found that five people submitted virtually identical designs and the prize money was split between them. The winners were: Annie Dorrington an artist from Perth, Ivor Evans a student from Melbourne, Leslie Hawkins a student from Sydney, Egbert Nuttall an architect from Melbourne and William Stevens a steamship officer from New Zealand. 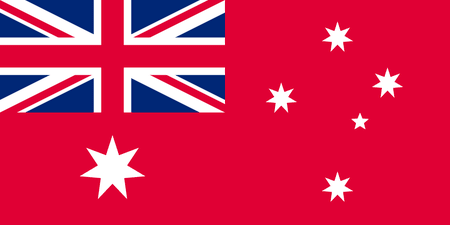 From its introduction, the flag’s design received mixed reactions. The republican publication The Bulletin described it as ‘a staled réchauffé of the British flag, with no artistic virtue, no national significance.’ Meanwhile, both the Federal Government and the New South Wales Government were unhappy about its resemblance to the Victorian flag.

Since 1901, the flag’s original design has been altered three times. Originally, the Federation Star had only six points and the stars in the Southern Cross ranged from five to nine points. In 1902, King Edward VII approved the change to make all the stars seven-pointed except for the smallest and in 1908 a seventh point was added to Federation Star.

There was also confusion concerning the roles of the Red and Blue Ensign. The Red Ensign was used by private citizens and originations as well as State and local governments, while the Blue Flag was reserved for the Commonwealth Government. It wasn’t until the Flags Act 1953 that the Blue Ensign was declared the Australian National Flag under the Menzies Government and given Royal Assent by Queen Elizabeth II on the 14th of February 1954 during her first Royal Tour of Australia. 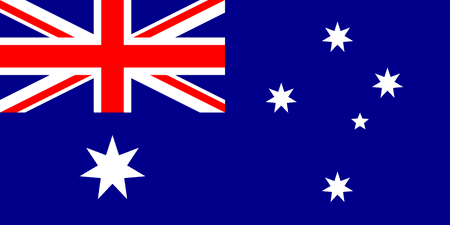 The Australian National Flag is primarily blue and features The Crosses representative of St George, St Andrew and St Patrick as well as Australia’s British heritage. The Stars are representative of the Southern Cross constellation, symbolising the nation, its geographical location, and the significance of Indigenous stories. Six of the points of the Commonwealth Star acknowledge the states in the Australian Federation, while its seventh point is in recognition of the federal territories.

Since the 1901 Federal Flag Design Competition there has been debate over the British ensign and today the debate continues as to whether the Union Flag should occupy the vexillological honour point, considering Australia’s ever-growing multicultural identity. Only time will tell whether the Australian National Flag will undergo further design alterations. 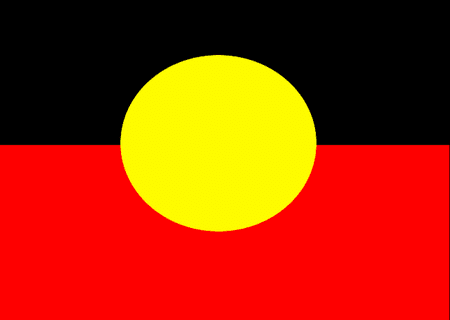