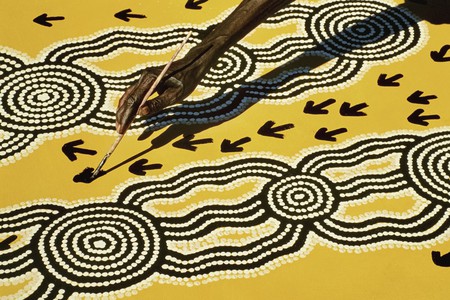 Conveying and persevering cultural stories, traditions, and beliefs, Aboriginal art was the principal written language of ancient Indigenous Australians. From legends of the Dreamtime to renderings of animals, humans and the land – Aboriginal art is a sacred form of communication. It is also the oldest, continuous art tradition in the world and today not only is there a market for contemporary Aboriginal art, but ancient rock art sites are renowned for their historical and cultural significance worldwide. These are a few of the most recognized styles of Australian Aboriginal Art

An integral part of Australian Aboriginal Art, dot painting emerged in the 1970s during the Papunya Tula Art Movement. Through the use of delicate and bold dots, Indigenous painters are able to obscure symbols and sanctified knowledge. One of the most renowned artists of this discipline is Clifford Possum Tjapaltjarri who’s painting Warlugulong was purchased by the National Gallery of Australia for a record AU$2.4 million. 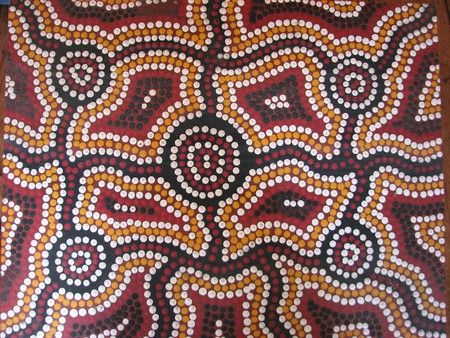 Also known as Rarrk paintings, Cross Hatching is common in Northern Australia where it is employed by the Kunwinjku Aboriginal people who traditionally use it for ceremonial paintings. Created using reeds or human hair, Cross Hatching features parallel lines and is also used to depict sea creatures and reptiles. In some cases, Kunwinjku art includes anatomical features. This type of cross-hatching is known as x-ray art and dates back thousands of years. Kunwinjku Aboriginals believe that the overlaid patterns used in the technique hold spiritual power. 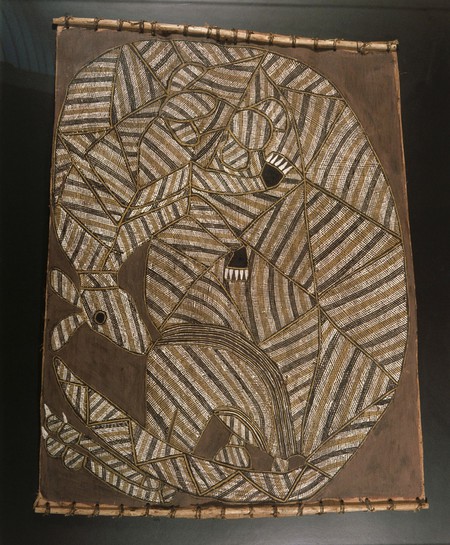 Mandatory Credit: Photo by Werner Forman Archive/REX/Shutterstock (8533724a) Bark painting in X-ray style depicting a kangaroo. The innovative 'rarrk' cross-hatching patterns and the way the figure is cramped within the frame of the painting suggest this work is from a member of a group of Kunwinjku artists active in the 1950s. Country of Origin: Australia. Culture: Aboriginal. Date/Period: 20th C. Place of Origin: Western Arnhem Land. Material/Size: Bark. Art - various Location: Private Collection, Prague

Inspired by the native Kurrajong tree artist Gloria Petyarre popularised the style known as Bush Medicine Leaves after winning the prestigious Art Gallery of New South Wales ‘Wynne Prize’ for landscape in 1999 for her panting entitled ‘Leaves.’ Many other women from Utopia in Central Australia use the style as an homage to the healing powers held by bush medicine leaves collected from the Kurrajong tree. Other artists to use this style include Jeannie Petyarre and Abie Loy Kemarre.

Recent archeological discoveries at the Madjedbebe site in the Northern Territory not only prove that Aboriginal people have lived in Australia for a minimum of 65,000 years but unearthed ground ochre suggests that these early Indigenous inhabitants were also keen artists. Also in Arnhem Land, is the Narwala Gabarnmang rock shelter which contains the oldest radiocarbon dated rock art paintings in Australia – dating back 28,000 years. The sacred space features vivid images of interwoven animals, fish, reptiles and humans as well as mythological imagery and depictions of traditional rituals. Other ancient Aboriginal rock art sites include the Bunjil Shelter in the Grampians National Park in Victoria and The Bradshaws in The Kimberley in Western Australia. 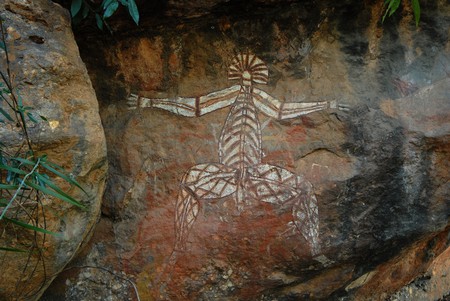 Initially shunned by Aboriginal artists and art galleries, Colour Fields is a contemporary style used by legendary Aboriginal artist Kudditji Kngwarreye. Similar to the works of American abstract expressionist Mark Rothko, the style features abstract applications of colour and shape to tell the stories of the Emu Ancestors and Emu Dreaming sites.