The History Of Waltzing Matilda 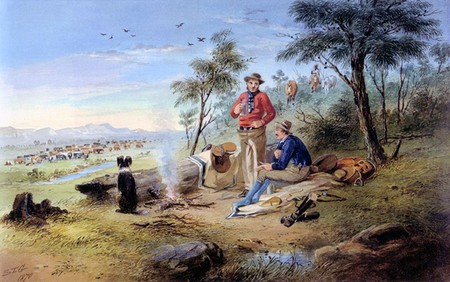 Australia’s best-known bush ballad and unofficial national anthem was written in January 1895 by Andrew Barton (Banjo) Paterson (1864-1941). Written to the tune of ‘The Craigielee March’, ‘Waltzing Matilda’ has seen several versions of lyrics released over the last century; however, all hold the same historical significance relating to the hardships of the Australian outback.

What Does ‘Waltzing Matilda’ Mean?

‘Waltzing Matilda’ is an iconic song featuring classic Aussie slang in both the lyrics and the title. The term ‘Waltzing’ is slang for travelling on foot, and often you will be travelling with your belongings in a ‘Matilda’. According to the National Library of Australia:

‘Matilda is an old Teutonic female name meaning ‘mighty battle maid’. This may have informed the use of ‘Matilda’ as a slang term to mean a de facto wife who accompanied a wanderer. In the Australian bush a man’s swag was regarded as a sleeping partner, hence his ‘Matilda’. 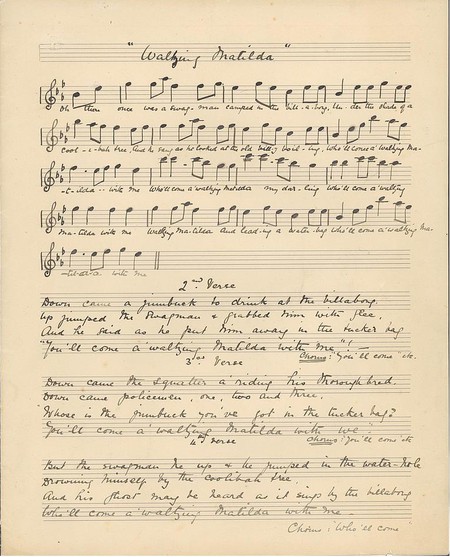 The Story Of A Swagman

‘Waltzing Matilda’ tells the story of a swagman (a man who drifts or waltzes from job to job, often carrying a blanket roll that was then known as ‘Matilda’), who camped under a tree. As he was waiting for his water to boil to make himself a billy tea, a jumbuck (sheep) came along which he steals by placing into his knapsack. However, as the owner came up with three policemen asking what was in his knapsack, he jumps into the waterhole and drowns and continues to haunt the site as a ghost.

Although this story has been said to be based on the strike at Dagworth Station, there are a lot of folklore that surrounds ‘Waltzing Matilda’ and the creation behind it. Due to the extensive list associated with it, the Waltzing Matilda Centre was built in Winton, Queensland. 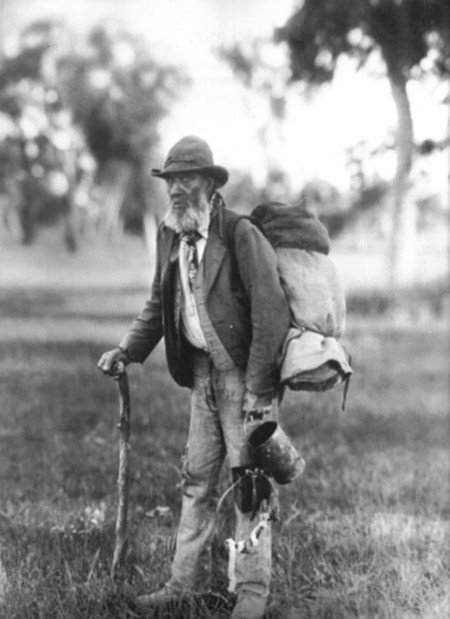 The year 1891 brought on Australia’s Great Sheep Shearer’s Strike, bringing the colony close to a civil war, after England gave Australia ‘self-governance’. Rebelling against the British class system of wealthy landowners versus the ‘peasants’, the first strike was broken after the military was called in by Samuel Griffith, the Premier of Queensland. Unfortunately, in 1894, the shearers at Dagworth Station went on strike once again, firing rifles and pistols in the air as the strike turned violent. During this strike, over 100 sheep were killed as the Dagworth Homestead woolshed was set on fire.

It is believed that Paterson’s popular song ‘Waltzing Matilda’ ‘kept the cause for social justice in front of the public’s mind’, resulting in the public to rally behind the shearers. Following the wealthy losing their social significance, the 1897-1898 federal convention constructed a constitution for Australia, allowing Australia to gain independence in 1900. 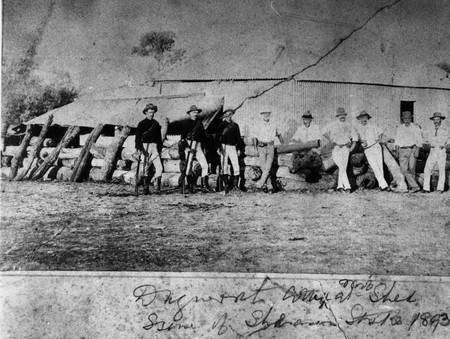 A few months after the Shearer’s Strike in 1894, Paterson visited the Macpherson family – Bob Macpherson being the owner of the Dagworth Homestead. During his stay, Bob took Paterson around the station; stopping by the Combo Waterhole, Bob and Paterson found the skin of a recently killed sheep, guessing someone had made a meal of it. Upon finding this, Bob explained to him about an arsonist named Hoffmeister who he chased down with three policemen at the Combo Waterhole during the strike; however, rather than being captured, Hoffmeister shot himself.

One evening, Bob’s daughter Christina played a tune she had heard at the Warrnambool steeplechase (horse racing) in Victoria, called the ‘Craigielee March’, on a zither. This was the beginning of this song, as Paterson stated in the early 1930s on ABC radio:

‘The shearers staged a strike and Macpherson’s woolshed at Dagworth was burnt down and a man was picked up dead … Miss Macpherson used to play a little Scottish tune on a zither and I put words to it and called it ‘Waltzing Matilda’.’ 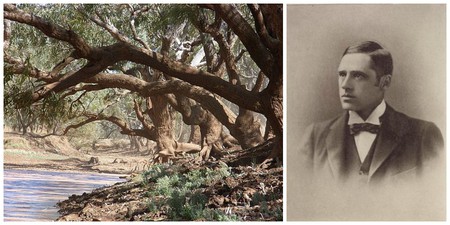 When ‘Waltzing Matilda’ was sold to the Billy Tea Company to advertise their product in the early 1900s, the song gained great notoriety. However, the song holds greater historical importance believing, again, that ‘Waltzing Matilda’ ‘kept the cause for social justice in front of the public’s mind’. As a result, many believed this should be our national anthem. In 1977, a national vote occurred to determine the choice of the Australian national song, resulting in ‘Advance Australia Fair’ winning, gaining 43 percent of the votes, followed by ‘Waltzing Matilda’ (28 percent), ‘God Save the Queen’ (19 percent) and ‘Song of Australia’ (ten percent).

First performed in April 1895 in Queensland by Sir Herbert Ramsay and first recorded by John Collinson and Russell Callow in 1926, ‘Waltzing Matilda’ carried through the years, featured at the 1974 World Cup and the 1976 Montreal Olympic Games. Continuing in sports, this song has gained popularity as the Australian National Rugby Union team’s anthem in response to New Zealand All Blacks’ haka. Even to this day, this song is performed at the annual AFL Grand Final alongside the ‘Advance Australia Fair’.

Holding great significance in Australia’s culture, there are more recordings of this song registered on the Sounds of Australia registry in the National Film and Sound Archive than any other song in the nation.