The History Of The Australian Aboriginal Flag 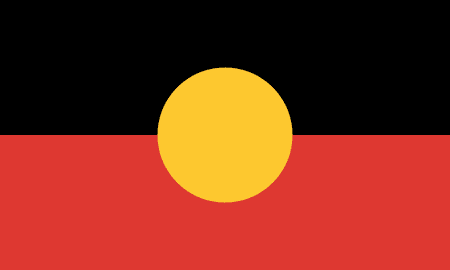 Often flown alongside the Australian National Flag and the Torres Strait Islander Flag, the Australian Aboriginal Flag holds a special legal and political status in the community, originally beginning its life to help protesters earn recognition in the land rights movement.

In the late 1960s the Australian Aboriginals increased their campaigns for the Indigenous to gain back their land rights through an uprise in protest marches and demonstrations. However, Aboriginal artist Harold Thomas noticed that they were often outnumbered by others who had their own banners. With the necessity to make themselves more visible as protests increased in the early 1970s, Thomas created the Aboriginal flag as a symbol for both Aboriginal people and as a ‘symbol of their race and identity’.

Horizontally the flag is divided into a black region (above) and a red region (beneath), with a yellow circle in the centre of the flag. The black is said to ‘represent the Aboriginal people of Australia’,the red represents the red earth of Australia, ‘the red ochre used in ceremonies and Aboriginal peoples’ spiritual relation to the land’ and the yellow circle ‘represents the Sun, the giver of life and protector’. 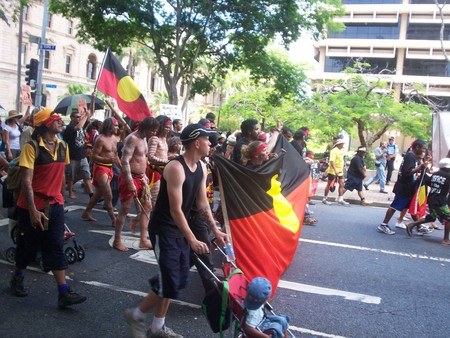 This flag was first flown on 12 July 1971 in Adelaide’s Victoria Square on National Aborigines Day, and was then used at the Aboriginal Tent Embassy in Canberra from late 1972. Whilst continuing to hold intellectual property rights to the design, Thomas’ design came to be known as the symbol of the Australian Aboriginal people.

Great controversy arose at the 1994 Commonwealth Games when Cathy Freeman ran her victory lap after winning the 200m sprint carrying both the Aboriginal and Australian national flags, despite being told she could only display the Australian national [flag]. Criticism arose from the Games’ officials as well as the Australian team president Arthur Tunstall, but this did not stop Freeman from again carrying both flags after winning the 400m sprint.

Following this, the Government of Australia granted the Aboriginal Flag the ‘Flag of Australia’ status in 1995, under the Flags Act 1953, which also saw Thomas seek legal recognition for the flag’s design and ownership. However, due to administrative oversight the proclamation of 1995 was not lodged, which caused the flag to expire on 1 January 2008. As a result an almost-identical flag replaced the original on 25 January 2008. The proclamation that followed in 2008 stated that the flag ‘is recognised as the flag of the Aboriginal peoples of Australia and a flag of significance to the Australian nation generally’ and is from here, now on, appointed ‘to be the flag of the Aboriginal peoples of Australia and to be known as the Australian Aboriginal Flag’. 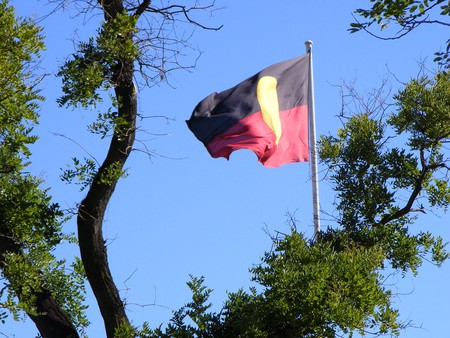 During the 2000 Summer Olympics, the National Indigenous Advisory Committee campaigned for their flag to be flown during the games, as, after all, the Aboriginal flag was now a Flag of Australia. As a result, the flag was flown over Sydney Harbour Bridge.

Today, there have been suggestions for the Aboriginal flag to replace the Union Jack on the current Australian National flag to create a new National flag. However, this has made Thomas uneasy, stating that ‘our flag is not a secondary thing. It stands on its own, not to be placed as an adjunct to any other thing. It shouldn’t be treated that way.’ 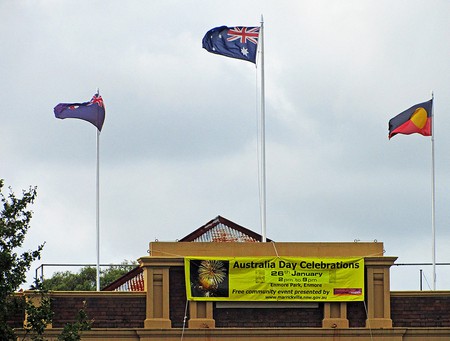