The History Of Perth's Kings Park In 1 Minute

Visited by over six million people every year, Perth’s Kings Park is 400.6 hectares of natural bushland and gardens that overlook the city skyline and the Swan River. Home to one of the most extraordinary diverse displays of native wildflowers not found anywhere else in the world, this park is a popular place for walks, picnics and cultural and ceremonial events.

Upon the 1697 Dutch expedition to Western Australia, they climbed to the highest point, being Mount Eliza (the hill that forms part of Kings Park), where they found a large eucalypt up to five metres in diameter. Long after, Jacques Felix Emmanuel, Baron Hamelin ordered a French party to explore the area once again in 1801. Come 1827, Captain James Stirling and Charles Fraser climbed Mount Eliza, and by 1829, they had set aside the area for ‘public purposes’. However, it wasn’t until 1872 that 172 hectares of the reserve were to become a public park. 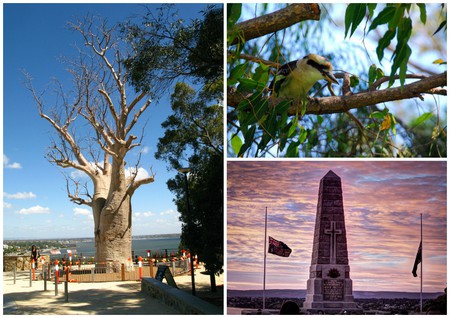 Following the establishment of the State Government in 1890, the newly appointed Premier John Forrest began development the same year, introducing park fences at either end of the then-newly constructed Perth Park Road (now known as Poole Avenue, Forrest Drive and Fraser Avenue in different sections). In 1895, the land was named ‘The Perth Park’. By the turn of the millennium, King Edward VII came to the British throne, and to mark this momentous occasion, the park was renamed in 1901 to Kings Park.

The following years saw the addition of a Memorial Statue of Queen Victoria and the Cenotaph of the State War Memorial. In 1965, the State Government opened a 17-hectare Botanic Garden, with the subsequent addition of a DNA Observation Tower and Vistas and playgrounds. Adding to the memorial site, the Flame of Remembrance was officially opened in 2000 by the HM Queen Elizabeth II, and the Aboriginal and Torres Strait Island War Service Memorial was presented in 2001. Since then, the park has continued to thrive with several memorial sites, playgrounds, cafés, art shops, a restaurant and so much more to discover.

Kings Park has long been a sacred place to Aborigines, and to honour their culture associated with it, the Botanic Gardens and Park Authority are committed to preserving it. In 2008, the estimated 750-year-old Giga Jumulu Boab tree was relocated to Kings Park from the Kimberley as a special gift to Western Australians from the local Indigenous people, the Gija – the traditional land owners.