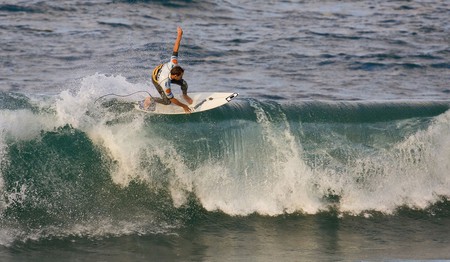 The iconic Australian surf and lifestyle brand Billabong was started in humble beginnings by Gordon Merchant. The name Billabong is derived from the Wiradjuri word bilabaŋ, which translates to ‘creek that runs only during the rainy season,’ and captures Gordon’s early days where he was found chasing the waves. Here we discover Gordon’s desire for durable garments and his love for boardsports that led his company to success.

Ex-Maroubra surfer Gordon Merchant embraced the surfing lifestyle of Australia in the late ’60s and early ’70s, when he would often pack up a Kombi van full of surfboards, maps, sleeping bags, and tents. Gordon traveled along the coast in search of a new surfing utopia. Arriving along a 20-mile stretch of ‘golden beach,’ Gordon made the Gold Coast his home – a place that would allow him to wear boardshorts up to nine months of the year!

Throughout his time as a surfer, Gordon created breakthrough inventions that helped shape the everyday surfer. Gordon not only developed a surfboard that featured a tucked-under edge, a detail that helped Michael Peterson and Rabbit Bartholomew become surfing champions, but also developed the first leg-rope. Following this, in 1973, Gordon and his then-partner Rena started producing handmade boardshorts. Making use of a unique triple-stitching technique designed to withstand even the toughest elements, this durable garment was an instant hit amongst the locals. 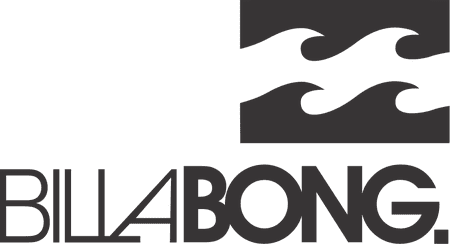 Gordon steadily established and built the brand until his home became too small to contain the success. He moved into a modern factory and warehouse in West Burleigh, and the Australian Surfing Industry took note of his ‘desire to produce the highest quality, best-cut boardshort on the market.’

Billabong was first exported abroad to California, Japan, Europe, and New Zealand in the ’80s. Gordon established international licenses for Billabong that were up to his tough standards, and surrounded himself with experts in the surfing industry. With surfers such as Wayne Bartholomew, Joe Engel, Taj Burrows, and Ronnie Burns wearing the brand, Billabong enhanced its credibility and worldwide reach. 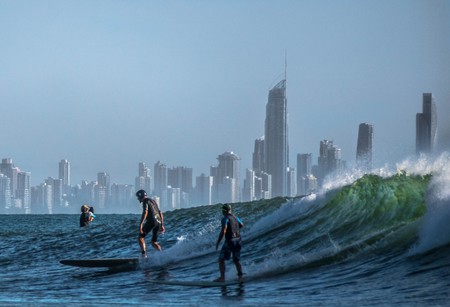 The ’90s were an exciting decade for the Billabong brand, which had claimed the highest status in Australian waters. As Billabong grew, Gordon maintained his prominent role in the company. Upon the 25th anniversary of the brand, Billabong moved to a state-of-the-art factory in Burleigh Heads that featured a Polynesian-style showroom with the largest collection of Billabong products. 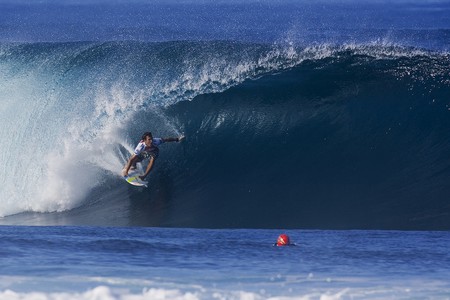 Gordon knew the effect of seasons upon the brands, and he followed his customers wants and needs by branching out to all boardsports – from snow and skate to wake. Billabong purchased Von Zipper and Element in 2001, and Kustom Footwear and Palmers Surf in 2004, enhancing its brands and licenses. In 2006 it acquired wetsuit brand Xcel and in 2007 girls’ swimwear brand Tigerlily. With Billabong’s growing success, Gordon began to license the popular California-based skateboard brand Plan B in 2010.

While Billabong expanded into several boardsport markets, it became involved in many promotions. Driven by the respect the community held toward a company that created durable garments for their sports, pro riders began turning to Billabong for their needs.

Billabong sponsors and hosts many events and festivals across the world, including the Billabong Pro contests held in Tahiti, Teahupo’o, and Jeffreys Bay in South Africa, cementing Billabong as one of the highly respected global brands. 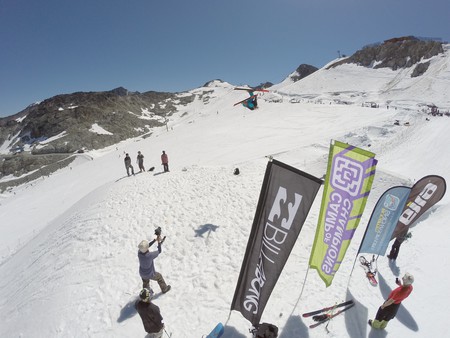 From its humble beginnings to its sponsorship of elite junior teams and professional surfers, Billabong encourages the discovery of its customers’ inner coastal lifestyle. Well-known for its livable mottos ‘Life’s Better in Boardshorts’ and ‘A Bikini Kinda Life,’ this Aussie brand offers a little something for everyone, from a pair of high-performance ‘boardies’ to winter-wear to the latest bikinis! 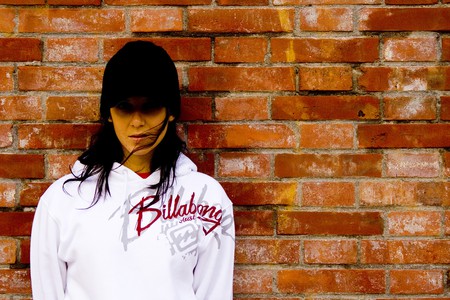