The History Of Albany's Whale World In 1 Minute 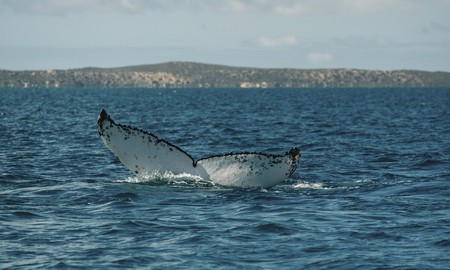 The very first industry to make its way to Western Australia was the whaling industry, and although this once-booming industry is now prohibited in Australian waters, you can still discover the history behind the iconic whaling station along Albany’s shore. As part of the Discovery Bay tourist park, Whale World offers a one-of-a-kind experience found nowhere else in the world.

In 1791, whaling in Australia had commenced; however, it wasn’t until the 1820s that the whaling industry was brought to Western Australia upon establishment of the Swan River Colony in 1829, seeing the first whale off WA shores caught on 10 June 1837. Despite the potential for the whaling industry, companies within Australia struggled to meet their quota as the likes of Yankee Whalers and the French vessels were constantly frequenting the region, with approximately 300 Australian, American, British and French whaling ships operating off the south coast. Due to this, legislation was passed prohibiting ‘unlicensed whalers from operating in Western Australia waters’ from 1860. 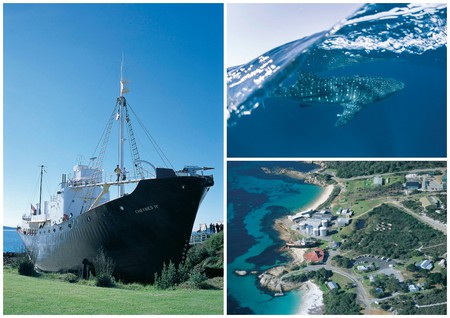 After over 100 years of whale sightings reported at Cheynes Beach – approximately 65 kilometres east of Albany – two Albany men, G.R. Birss and C. Westerberg, set out to create the Cheynes Beach Whaling Station. Relocating to Frenchman Bay, they used old mining equipment to construct the station, which was completed by 1952, where they set out a quota for 50 humpback whales. This saw 508 tonnes of whale oil produced during the 1953 season, which was loaded aboard the Norwegian boat Toulouse, ferried by chaser Cheynes.

In 1954, over 1,016 tonnes of whale oil was produced from 120 whales, and in 1957, the company purchased their second chaser, Cheynes II. However, the company recorded their most disastrous season in 1962 when the International Whaling Commission prohibited the whaling of humpbacks from Antarctic stocks. As a result, they began hunting sperm whales – profiting $100,362AUD in 1969 and $304,329AUD in 1970 – catching 764 whales which sustained the global demand for oil, by the likes of NASA and companies who made Swiss watches.

After 178 years of whaling in Albany waters, this was the last whaling company to cease operations in Australia after the last whale was legally caught in 1978. Between 1952 and 1978, they had caught 1,136 humpbacks and 14,695 sperm whales alone. Due to closure in 1979, the station was passed onto the Jaycees Community Foundation who converted the station into a museum now known as Whale World. Officially opening in May 1985, Whale World has since been a place for visitors to learn about the Australian whaling industry and to explore the fully restored whale processing factory and whale-chaser that had been berthed after the last whale hunt.