The Great Emu War: When Australia's Wildlife Fought Back 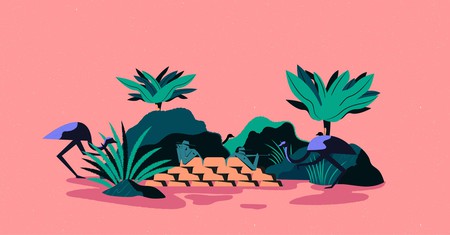 Australia boasts a proud and decorated military history, but there was one war that the Aussies couldn’t win. And it came against a foe of the avian variety. Australia’s national bird, in fact.

Where did the beef with emus begin?

The district of Campion, three hours’ drive east of Perth in Western Australia, was established in 1920 to resettle Australian troops returning home after World War One onto farms in the WA Wheatbelt. When the Great Depression hit in 1929, these soldier-settlers were encouraged to crank up their production of wheat. But a resident population of emus were determined to turn their land fallow.

The clear land and plentiful water on these new farms were friendly conditions for emus, and a population of 20,000 converged on the area. This plague of ‘bush chooks’ was a nightmare for farmers, ruining crops and destroying fences, which also opened the door for rabbits to run rampant, too.

How did the war kick off?

Introducing Sir George Pearce, the federal Minister of Defence. The minister thought that emus would make good target practice for serving personnel so he organised a small military operation to manage the nuisance wildlife. Pearce even employed a cinematographer from Movietone News to document the whole shebang, hoping to win a bit of positive PR for helping out these returned servicemen on their farms.

The operation was a bust from the beginning — a month of rain allowed the emus to scatter even wider, and delayed the assault until November. The military’s original goal was only 100 emu skins, using the feathers for the hats of the Australian light horse brigade, but even that was a struggle.

After a week, some reports pegged the tally at a mere 50 emus. Australia’s avian emblem bounded through the plains, seemingly impervious to the machine guns strafing them with bullets, and running off severe injuries or out-running the gunners altogether. The result was embarrassing headlines and even more embarrassing recriminations in Canberra, 3400 kilometres away.

Meredith had no choice but to withdraw, and could only defend his effort by taking up his opponent. “If we had a military division with the bullet-carrying capacity of these birds it would face any army in the world,” he protested. “They can face machine guns with the invulnerability of tanks.”

A few days later, the Premier of WA James Mitchell renewed the military push, convincing the local parliament to permit a second bite at the cherry. The second assault was more successful than the first — racking up almost 1000 casualties with 10,000 rounds — but still hardly put a dent in the thriving emu population.

Numbers only grew, crops continued to be destroyed, and the armed forces suffered the ignominy of losing a war to a battalion of birds dubbed the bush chook. Farmers had the gall to again ask for armed assistance against emus in 1934, 1943 and 1948, but the government had learned their lesson.

Never again would the Australian military fail to defeat the bird that appears on the national coat of arms. Let’s just hope the emus aren’t keen on renewing hostilities, either.