The Full Story Behind The Brisbane Ekka 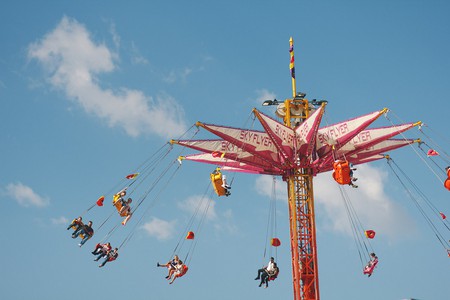 The Ekka is a 10-day long exhibition held each August just outside Brisbane’s city centre. Queenslanders are immensely proud of this event, because it’s more than candy floss, fireworks and full of treats.

The Honourable Premier W. Forgan Smith said it best in his 1939 newspaper advertisement to promote the event: “Each year’s show is a glowing tribute to the industry and enterprise of our people.”

The event is officially known as the Royal Queensland Show. In true Australian fashion, the locals preferred to call it the exhibition and then took to shortening that to Ekka. The name stuck and even official event organisers refer to the extravaganza by this nickname.

The Royal National Agricultural and Industrial Association of Queensland organised the first event in 1875. It was pitched as a showcase of the state’s agricultural industry, which caused so much excitement that the government decided to declare a public holiday (day off) so everyone could celebrate. Nearly 17,000 people attended the opening, which is incredible considering Brisbane had a population of just 22,000 at the time. 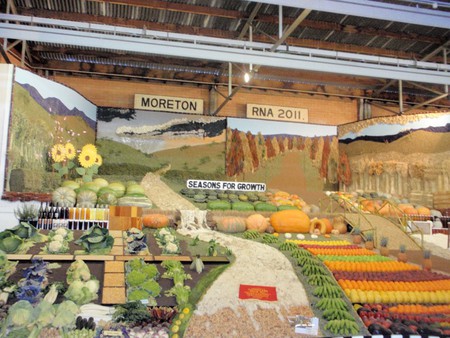 In total, 36,000 people attended to experience the thrill of the first Ekka, which included livestock shows, sugar making demonstrations and displays of farming equipment and heavy machinery. According to newspaper reports, the unrivaled star of the first show was a 27 ton hunk of tin.

Over 1,700 competition entries were received in over 600 classes at this first event. There was even a competition for the fastest walking farm horse. Competitions remain an important part of the event, with ribbons handed out each year for everything from fastest woodchopper to neatest handwriting.

Showbags are another essential part of the Ekka experience. The first ever showbag was awarded to Governor Cairns, a government official instrumental in establishing the event. Keeping with the primary industries theme, his bag contained locally-sourced coal, sugar, gold and quicksilver, a substance made from crushed quartz. Showbags began to change in the 1920s to include more consumer-friendly items such as preserved fruit, lollies, biscuits and cake mixes. These days, there are hundreds of bags to choose from, and they contain an incredible array of goodies; gadgets, magazines, tickets to performances, artisanal food, toys, chocolates, chips and sweets.

No trip to the Ekka is complete with a dagwood dog (a local variation on the American corn dog), candy floss and locally-made strawberry sundaes. These treats were first introduced in the 1950s and still remain immensely popular. 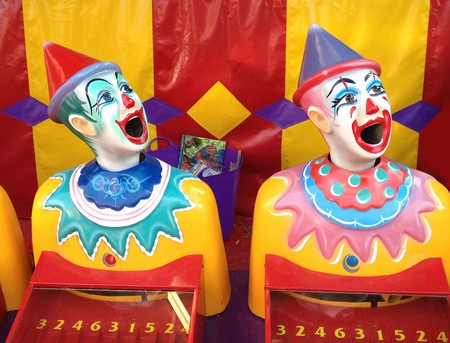 Once the sun sets, the crowds gather in the grandstands to enjoy a packed itinerary of entertainment, such as buggy races, concerts, tactical driving demonstrations and more. The excitement culminates with a fireworks show, a tradition that started back in 1894.

The Ekka is such an important part of the Queensland cultural calendar that it’s only been cancelled twice in 134 years. The first occurred in 1919 during an international flu epidemic, as the grounds were being used as an emergency hospital. It was cancelled again in 1942 as the army needed the site for training and troop accommodation. The army continued to use the site throughout World War Two, but cleared out each August so the Ekka could go ahead.

Even though Ekka runs for less than two weeks, the showgrounds are never quiet. The exhibition halls are hired out for large events like bridal exhibitions, tertiary studies expos and the city’s Oktoberfest celebrations. The ovals are used year-round for cricket, football and other sporting events.

The city recently invested in a $2.9 billion upgrade of the Ekka grounds, ensuring generations to come will enjoy the thrill of the Royal Queensland Show.