Welcome To Ramsay Street And 'Neighbours' Other Locations 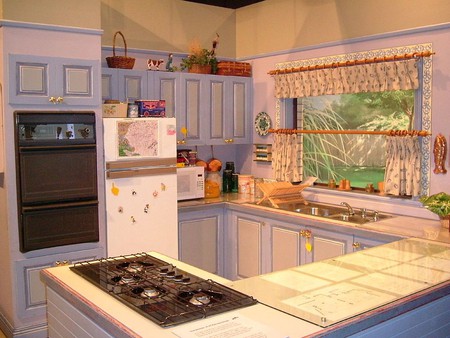 Since 1985, Australians have tuned in five nights a week to watch the latest domestic hijinks in the soap opera Neighbours. Over 7,000 episodes have been filmed across 32 seasons, making Neighbours the longest-running show in Aussie TV history. The story centres on the neighbouring Ramsay, Robinson and Clarke families of Ramsay Street, Erinsborough, which in reality is located in Vermont South, Melbourne. Here’s a look at the locations.

Fictional cul-de-sac Ramsay Street is located in the fictional suburb of Erinsborough and is home to many of the characters including the Ramsay, Robinson, and Clarke families. Over the 32 seasons, countless characters have moved in and out of the six houses, but the homes themselves have remained for the most part unchanged.

All exterior shots of the street are filmed at Pin Oak Court in Vermont South, with residents allowing film crews to shoot on their front lawns and in the street. Meanwhile, interior shots are filmed at Global Television Studios in Forest Hill. Originally, the show focused on three houses: numbers 24, 26 and 28 with numbers 22, 30 and 32 appearing later on. Bus tours run daily, and you may even encounter a film crew or a cast member. 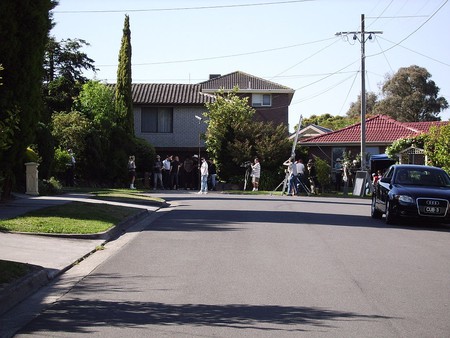 As one of the original houses, Number 24 plays a significant role in the show’s history. Originally owned by Max Ramsay, whose grandfather the street was named after, the house features four bedrooms and a pool – in which Sandy Allen almost drowned. Characters including Scott and Charlene as well as Harold Bishop have lived there. 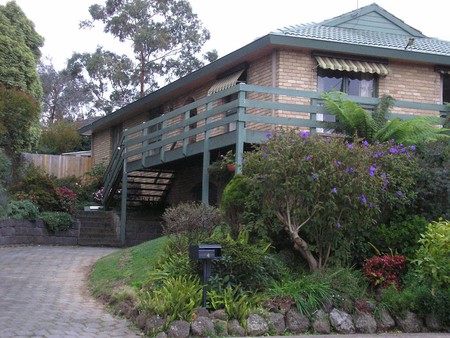 Opened after World War Two, Erinsborough High School is co-ed and has been both a place of education and employment for many of the shows characters. The Blackburn English Language Centre in Burwood East and Coburg Senior High School have been used for exterior shots. Meanwhile, interior sets consist of a classroom, corridor and stairwell.

Erinsborough Hospital has seen its share of drama and heartfelt moments over the years with births, deaths and tragedy. Characters including Nurse Dee Bliss and Dr Karl Kennedy have worked at Erinsborough Hospital, and filming has taken place at various Melbourne hospitals including the Austin Hospital and the Peter MacCallum Cancer Centre. The hospitals exterior is filmed at the entrance of the Neighbours production office in Nunawading.

Two years after Prince Andrew married Fergie, pop princess Kylie Minogue tied the knot with her on and off-screen love interest Jason Donovan in 1988. Scott and Charlene’s wedding was seen by 20 million viewers in the UK and achieved one of the highest ratings in Neighbours history. Episode 523, named ‘Magic Moments’, took place at the Holy Trinity Church in Doncaster, Melbourne, and the scene has since come to epitomise the show.

Only A Footstep Away

While we may never be invited inside the Ramsey Street residences, you can visit the kitchen from Number 22 at the Melbourne Museum. In the exhibition Only A Footstep Away, fans can step into the Scully family kitchen which was destroyed in the 1999 season finale. The set was written out of the following season and is now on display at the museum along with scripts and memorabilia. Scott and Charlene’s wedding cake sits inside the fridge and fans will recall how the set was repainted blue in 1997 after Philip’s new wife, Ruth, disapproved of the previous colour scheme.