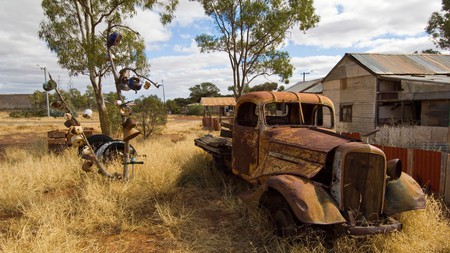 In Western Australia’s Great Victoria Desert, Gwalia is a slice of history frozen in time. Here’s everything you need to know before a visit to Australia’s living ghost town. 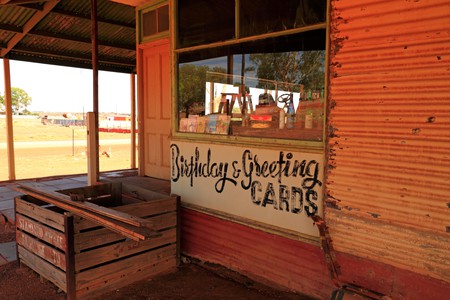 Located on the edge of the Great Victoria Desert, 828km (514mi) from Perth, the long-abandoned town of Gwalia stands testament to the booms and busts of the gold rush era. Standing in the shadow of what is still one of Australia’s most prosperous gold mines, Gwalia’s heyday came to an abrupt end in 1963, when the closure of the mine led to the town becoming all-but-deserted overnight; the residents grabbed only what they could carry, jumping on the train and waving goodbye to the dusty red streets forever.

Gwalia’s story dates way back to 1896, when three prospectors hit the jackpot and found gold in this remote region during the height of Western Australia’s gold rush. Word quickly got out, and by 1897 there was a fully operating mine on the site, named “Sons of Gwalia” after the brothers’ Welsh heritage.

Before long, the town caught the eye of up-and-coming young American geologist – and future US president – Herbert Hoover, who travelled up there by camel from Coolgardie, 274km (170mi) to the south. Convincing his bosses in London to invest in the mine, Hoover was soon appointed manager and applied radical cost-cutting schemes that put the Sons of Gwalia on course to be one of Western Australia’s most profitable gold mines. 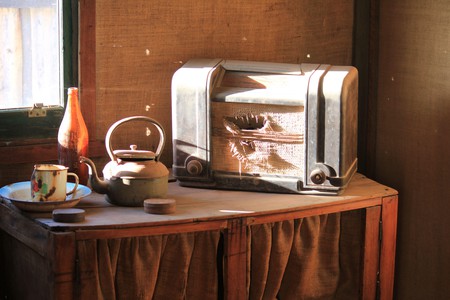 From boom to bust

As the mine and workforce grew, so too did Gwalia. At its peak, the town was home to 1,114 people, most living in tumble-down cottages built from corrugated iron and timber, or taking up lodgings in temporary boarding houses for single men. They would shop in one of the town’s two stores, go to church, send their kids to school and drink in the Gwalia State Hotel, one of the few brick buildings in the town.

Although the Sons of Gwalia was one of the most profitable mines in Australia at the time, producing over 2.644 million ounces (75 million grams) of gold (worth roughly £2 billion in today’s prices), by the late 1950s the tides of change had turned against the town.

On the night of 27 December 1963, it all came to an abrupt end when a serious accident caused the mine to shut down. With thousands of workers instantly unemployed, the race was on to rush home, grab whatever they could carry on their backs and catch the train to Kalgoorlie to find work. In their haste, everything else was forgotten: pots and pans left on the stove, tables set for a meal that would never be served and long-loved toys strewn over the floor. By morning, the dusty streets were eerily empty, and the flimsy houses that had once been so full of life were silent.

In just three weeks, the population dwindled from more than a thousand to just 40, and the hotel shut its doors for the last time. Gwalia became a living ghost town. 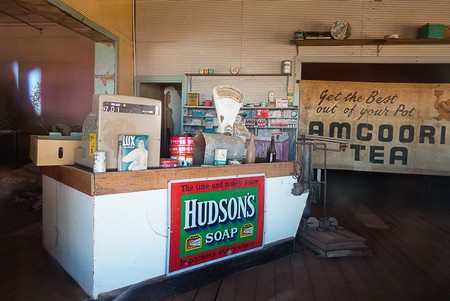 In the 1970s, the government moved in to demolish the town, with Gwalia’s story destined to be lost to time like so many others in the area. Realising the historical importance of the town, however, the few remaining residents banded together and campaigned to stop the demolition.

Collecting snippets of history, from photographs and newspaper clippings to old vehicles, mining equipment and family tidbits, they pieced together the story of Gwalia, spending the next few decades converting the old administration buildings into a museum, restoring the rusted tin-shed cottages through an “Adopt-a-Cottage” program and turning Herbert Hoover’s former mine manager’s house into a luxury 1930s-style B&B. 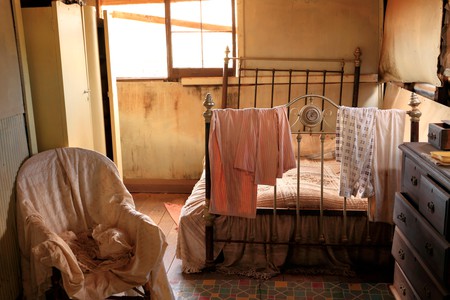 Despite the evacuation of the town, there was still a lot of interest in the Sons of Gwalia mine and the gold that lay beneath the surface, and so, after 20 years of lying dormant, in 1983, the mine was reopened.

Still in operation today, the mine is now the deepest trucking mine in the world, and, since its discovery in 1896, has produced over 5.5 million ounces (156 million grams) of gold – worth over £7.9 billion – making it one of the richest gold mines in Australia’s history.

Today, Gwalia’s streets are still as empty as they were on that fateful morning in 1963 – bar the occasional tourist, the odd mining ute and the wild goats that now call this town home.

Visitors to this ghost town will want to start at the Gwalia Museum, which is perched on a hill overlooking the town and the open-pit mine, before heading out to explore the ramshackle cottages, camps, guest houses and shop, which still retain their old-world charm.

Enter through gates made of old metal headboards and wander freely through rooms wallpapered with hessian sacks and old newspapers, workshops with rusting car parts and tools, smokey kitchens and moth-eaten bedrooms, to get a real taste of what life would have been like for the miners and their families here in the Outback.