The End of Sydney's Lockout Laws, the Start of the Night Time Economy 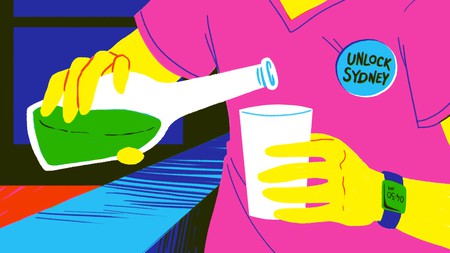 For six years Sydney’s nightlife was forced into a state of hibernation. While the lockout laws were in many ways successful in their intent to control alcohol-fuelled violence around the city, the measures were drastic, irrevocably damaging hundreds of businesses and changing the face of Sydney’s nightlife culture forever. But now, as the laws are finally lifted, the city gears up for a second shot at the vibrant night time economy it deserves.

When Premier Barry O’Farrell implemented the lockout laws in 2014, it caused ripple effects across Sydney. The legislation was aimed to curb alcohol-related violence in the city, prompted in part by the deaths of Thomas Kelly and Daniel Christie in Kings Cross. The laws cracked down on businesses, requiring 1.30am lockouts and 3am last drinks at bars, pubs and clubs in the Sydney CBD, as well as prohibiting takeaway drinks after 10pm. The government also froze all applications for new liquor licences for a two-year period, and while these specific restrictions were later reduced, the damage had already been done. The consequences of the laws were swift, and ultimately irreversible. Over the course of five years, 176 Sydney establishments closed their doors – bars, nightclubs, pubs and live music venues. 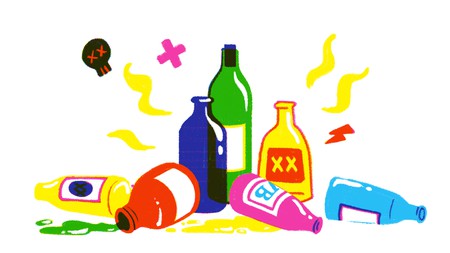 The End of Kings Cross

Formerly the diamond in the crown of Sydney’s nightlife, Kings Cross and the neighbouring suburb of Darlinghurst bore the brunt of the lockout laws in a way that no other location did. When Ed Loveday opened the small bar and restaurant The Passage in 2010, business was booming. “Darlinghurst was really vibrant,” he says. “Victoria Street was a flow of people throughout the night. We enjoyed nearly four years of very busy trade.” However, the impact of the lockout laws in the Cross was monumental. Businesses shut down at rapid rates, and foot traffic dropped by 80 percent. “Over the course of about 18 months, from the beginning of the lockout laws to when we had to close in December 2015, we saw a downturn in revenue of about 65 to 70 percent,” Loveday says. “So, it was pretty savage. When we closed The Passage we really started to see the area decline. The street would literally be dead at 10pm. It’s just a sleepy old suburb now.”

Without the late-night trade to propel it, the epicentre of Sydney’s nightlife turned into a ghost town. Small business owners couldn’t help but feel overlooked and unsupported during these changes. “I had to sell my apartment to pay off The Passage,” Loveday explains. “We had huge financial losses and it took me just over three years to pay off the debt. So, for a small business like us, it had a huge financial fallout.”

And while the lockout laws were all in the name of culling violence, Loveday explains that in the five years it operated, his venue never experienced a single issue. “That was our frustration, and it was one that was shared by lots of other venues that felt they hadn’t done anything wrong – they’d done everything by the book, but were still being [penalised].”

In search of a new place to party, Sydney-siders turned their attention to hipster paradise Newtown, which existed outside of the CBD’s lockout zone. Already a favourite for its vintage shops, cool pubs and The Enmore Theatre, over the past decade Newtown has experienced a surge in new businesses, particularly in hospitality. Trendy bars, craft breweries and excellent restaurants flourished, offering an alternative to the larger establishments dominating other suburbs.

Pasan Wijesena opened New Orleans-style small bar Earl’s Juke Joint in Newtown in 2013. “There was a lot of energy about all the new openings at that time,” he says. “A sense of pride in the Inner West. It’s the most diverse and buzzing area in Sydney still to this day with new venues opening all the time.”

While many residents and business owners were concerned that the lockout laws would drive new (and potentially unsavoury or violent) clientele to Newtown, Wijesena explains that this was not the case at Earl’s. “I don’t think we really got the negative, stereotypical Cross crowd as our offering was a bit niche, and we were a fair way down the south end of King Street,” he says. “[The laws] forced people to come out in Newtown, so weekend crowds got bigger. Newtown has shifted a bit into more of a full-blown entertainment precinct now, but that’s also because of the quality of offerings, not just a beneficiary of lockouts in the city.”

For the first few years, supporters of the laws proclaimed their success – non-domestic assaults dropped by almost 53 percent in Kings Cross, and 4 percent in the CBD, as reported by the Bureau of Crime Statistics and Research (BOSCAR). But many argue that it’s an inaccurate statistic, given that the amount of visitors to those suburbs reduced so dramatically since the venues closed. Rather, it displaced the violence to other areas of Sydney – the BOSCAR 2017 report explained that spillover areas such as Newtown, Bondi, Coogee and Double Bay experienced increased assault rates of between 11.8 percent and 16.7 percent after the laws were changed. In addition, Sydney’s Star casino, controversially exempt from the lockout zone, and holding a rare 24-hour licence, saw a spike of more than 88.3 percent in alcohol-fuelled assaults in the first year of the lockout laws alone.

“It was just dispersed across the city,” Loveday says. “So any issues around alcohol-related violence haven’t actually been addressed by lockout laws. It’s a Band-Aid, and now we have a culture of house parties where you’ve got young people drinking unsupervised – there’s no RSA, no security, so I actually think it’s probably gotten worse.”

For years, Sydney-siders and hospitality workers pushed back against the laws, with Keep Sydney Open rallies garnering the support of more than 4,000 attendees. And finally, a parliamentary inquiry into Sydney’s night-time economy in 2019 proved to be a catalyst for impending reform to the laws. Almost 800 submissions were put forward, both for and against changes, with venue owners, musicians and health professionals all weighing in.

St Vincent’s Hospital in Darlinghurst emphatically called for the preservation of the laws. They reported that they had seen a 50 percent drop in serious overnight head injuries since the laws were implemented and in their submission said: “Pre-lockout laws, clinicians at our hospital likened the flow of injured and assaulted from the precinct to our Emergency Department as a ‘conveyor belt of carnage’.” 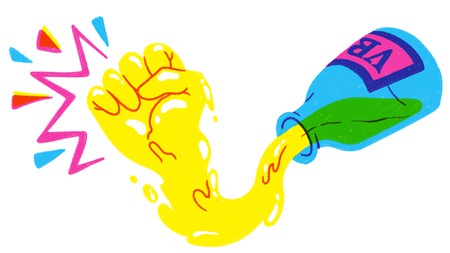 In contrast, The City of Sydney argued in their submission that the lockout laws had caused dramatic reductions in the number of people aged under-35 years visiting Sydney – nearly 500,000 fewer each year, and that the policy had “significant negative impacts on Sydney’s cultural life, our reputation as a global city, our businesses and our tourism industry”. In addition, there has been a retraction of the economy by 7.1 percent, with a potential opportunity cost of 2,202 jobs and 1.4 billion Australian dollars (£726 million) in turnover. Lord Mayor Clover Moore has been outspoken, particularly in recent months about the damaging effects to Sydney’s overall culture. She compared the laws to using a “sledgehammer to crack a nut”, and instead called for 24-hour transport in the city, and more careful reform of the governance of Sydney’s night-time economy.

On November 2019, it was announced that, as of 14 January 2020, the lockout laws would be amended, loosening the reins on Sydney’s nightlife. Venues will now be able to serve alcohol after 3.30am and takeaway alcohol hours expanded to midnight Monday to Saturday, and 11pm on Sundays. While Kings Cross is the only exclusion in the scrapping of the laws, the government has promised that there is potential for a review of the rules within a year. Up until now, New South Wales Premier Gladys Berejiklian had been vocal about the importance of the lockout laws, but has now changed her tune, asserting that the time had come to “enhance Sydney’s nightlife… [and] find a better balance”. It’s a move that looks to Melbourne as a shining example of how a thriving night time culture can be simultaneously safe and fun. 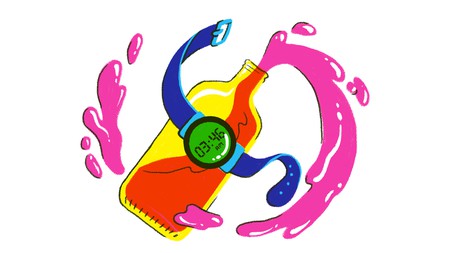 Where To From Here?

While it’s hard to predict what Sydney’s nightlife will look like in the months following the repeal, the consensus is that things can only get better. Now, back in the game as one of the owners of wine bar, restaurant and club, Prince of York in the CBD, Loveday is “cautiously optimistic” about the reform. “We’re not going to go back to what it was like before,” Loveday says. “I don’t think we should be under any illusion that we’re going to party like it’s 2009 again. It’s going to take time, because we’ve lost five years, but I think things are looking positive.”