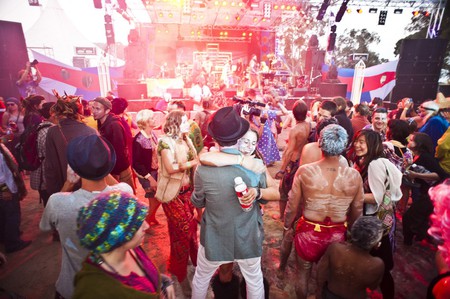 Ancient Greece gifted the world democracy and the Egyptians invented ink and paper. Italy gave us the genius of Leonardo da Vinci and England supplied the works of William Shakespeare. As for Australia’s greatest contribution to human civilisation? Probably the humble bush doof.

What is a bush doof?

A bush doof is basically a rave thrown in a remote rural setting — an outdoor dance party pumping out electronic and psychedelic trance tunes that uses the grass as its dance floor. A bush doof can be anything from a few dozen mates huddled around a stereo all the way up to a multi-day festival that attracts thousands of revellers keen for a bender among the gum trees. While Australia is undoubtedly the cradle of the bush doof (you’re welcome, world), the phenomenon has spread its wings all over the planet over the last 20-odd years. 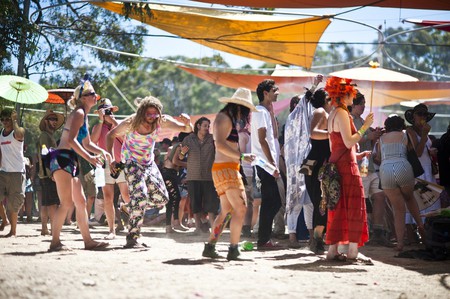 How did they originate?

The name derives from the term “doof doof”, which is Aussie slang for the heavy bass beats you hear in eardrum-splitting electronic music. The bush doof itself emerged in the early 1990s, when similar dance parties held in the warehouses of Sydney’s industrial, bohemian inner-west began to attract too much attention from police and local councils. Inspired by the explosion of acid house and electronica in British warehouse parties during that era, the first ticketed bush doof — Earthcore — was held in Victoria in 1993… then over the last quarter of a century, the rest is history. 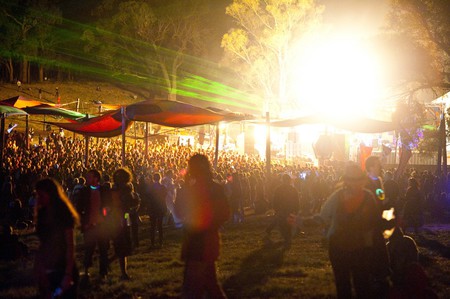 What makes them so great?

Bush doofs possess a unique vibe that sets them apart from other festivals. Light shows, art installations, workshops, serene rural settings — oh, and perhaps the occasional narcotic here or there — produces a unique sensory experiences. The cheap tickets and affordable camping helps, too.

Niche line-ups of electronica, deep house and psychedelic trance artists, as well as the remote locations they’re held in, also means that bush doofs attract a different crowd (read: fewer douchebags) than one-day city festivals, or even mainstream camping festivals like Falls Festival and Splendour in the Grass. 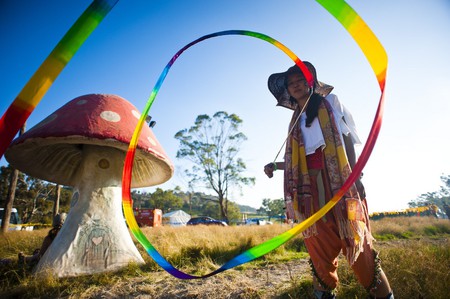 Where can I experience one for myself?

While a long list of iconic Aussie music festivals have bitten the dust in recent years — Big Day Out, Soundwave, Future Music, Homebake, the list goes on — dozens of bush doofs continue to attract thousands of party people to properties around the countryside, including many boutique events that have sprung up over the last decade. Here are five of the best.

The first ever commercial bush doof took a five-year hiatus prior to 2013 but has returned with a vengeance since then, expanding from its humble beginnings in a Victorian forest way back in 1993 to events in four different states (Victoria, New South Wales, Queensland and Western Australia) these days.

The tranquil Riverwood Downs Mountain Valley Resort north of Sydney explodes on the first weekend of December for Subsonic, where the music doesn’t stop for three days. It’s a mystery where revellers find the energy to keep dancing on no sleep for so long…

Australia’s biggest bush doof attracts a crowd of 10,000 to Lexton, two hours’ west of Melbourne, for a four-day festival each Australia Day long weekend. Rainbow Serpent is named after the revered Indigenous creator being that is believed to be the source of life. 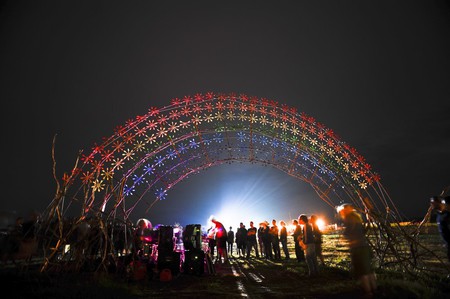 Welcome to ‘Doofville’, literally — this is what this property on NSW’s mid-north coast is known as. For 10 years, party people have been using Rabbit Eats Lettuce to escape Easter weekend family duties for this four-day bender instead.

Borrowing its name from the Beatles, Strawberry Fields is saddling up for its 10th anniversary in 2018, which is sure to bring another bumper line-up to the banks of the Murray River.