The Best Ways To Celebrate The Chinese New Year In Melbourne 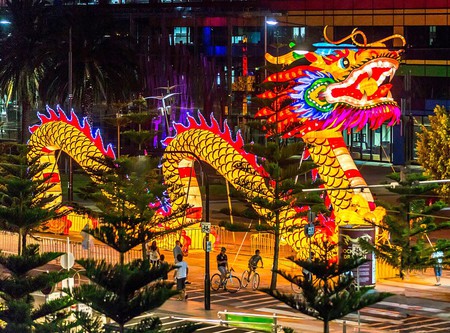 Chinese New Year is the biggest festival in China but you don’t have to travel east for an authentic experience of occasion. Chinese heritage is an integral part of Melbourne’s history. The 1850’s gold rush attracted Chinese immigration to Victoria on a large scale. Those that did not return to China established communities and made some of the earliest investments in business and culture for what is today the world’s most liveable city. It’s no wonder that when Chinese New Year rolls around, Melbourne is the place to be. 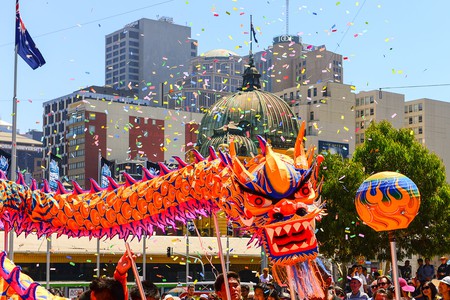 Throughout the week’s long celebration in Melbourne you’re sure to encounter larger than life lions and dragons that dance in the city streets. You’ll witness non-stop dazzle; lights will string from building to building, illuminating Melbourne’s finest landmarks. There will be feasting and firecrackers, spectacle and participation, parades, parties and plenty of activity for everyone to enjoy.

Here’s the best of what Melbourne has to offer on this year of the monkey, the 4,713th Chinese New Year.

Watch the clock and commence the celebrations at Federation Square. On the 7th of February, you can watch a televised broadcasting of China CCTV’s national New Year’s Eve gala program ‘Chun Wan.’ There’s an awesome sense of community, as millions of people from Melbourne to the Mainland gather in honor of the season. As a hub of festivities, there will be various live events at Fed Square, not only for opening ceremonies but throughout the following weeks. 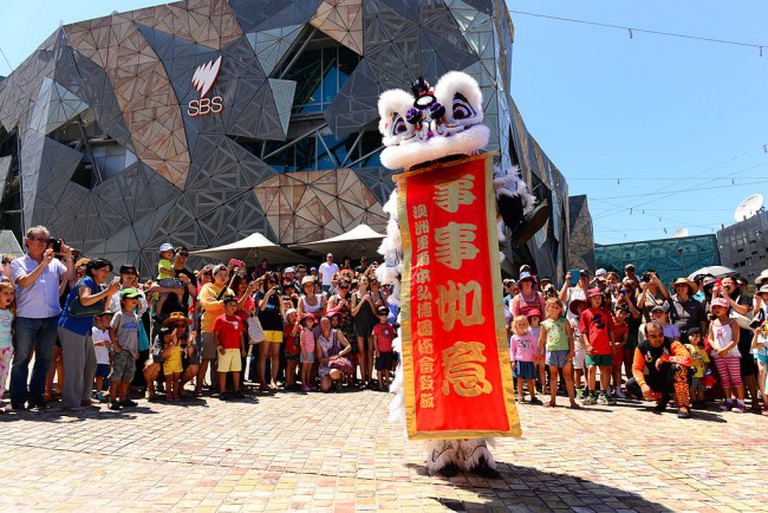 Located along Little Bourke Street and the alleys that link the area to Bourke Street and Lonsdale Street, Melbourne’s Chinatown should be at the top of any itinerary. It is the longest continuous Chinese settlement in the western world and is the centerpiece of New Year merriments.

The big day to explore Chinatown is the 14th of February, from 10am – 10pm with the Dragon’s Awakening Ceremony parading down Little Bourke Street. Whenever you visit, be sure to make the Chinese Museum a priority. Its five floors include a Chinatown Visitor Centre, an exhibition gallery and Dragon Gallery displaying three generations of Chinese dragons. The Finding Gold experience is wonderful for those seeking stories about Chinese Australian history and for viewing precious artefacts from all parts of the Asia Pacific region.

Melbourne recently welcomed Nestlé’s Kit Kat Studio to its neighbourhood. In exciting news for chocolate lovers, the company has cooked an exclusive batch of 24k gold Kit Kat bars, in honour of the Chinese New Year. Only 88 bars were made to sell for $88 – if you can get your hands on one!Not only do these gilded Kit Kats contain exotic ingredients like rose petals, Oolong tea leaves and lychee, their limited quantity and price tag are symbolic of good fortune. In Chinese culture, the number 8 is extremely lucky. 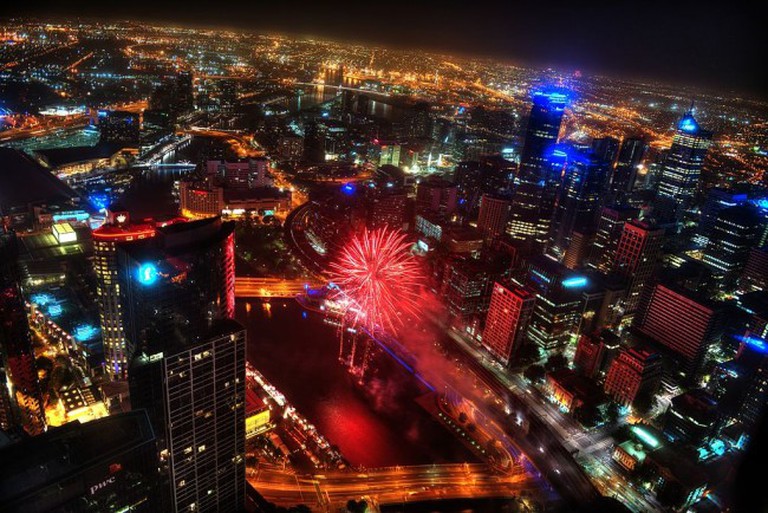 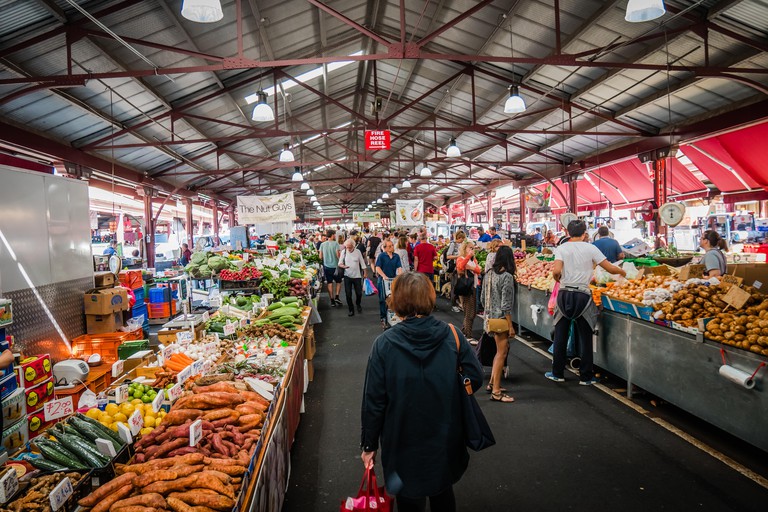 © picturelibrary / Alamy Stock Photo
If you like to “taste your way around” food stalls and free activities, visit the Queen Victoria Market. During New Year celebrations, the iconic marketplace is extra special for first time visitors. On 19 February, sign up for a $25 guided tour through the specialty stalls, where you’ll have the chance to meet the traders and producers, learn local Chinese history and gain exclusive insights about Melbourne’s favorite market.
Open In Google Maps
Melbourne, Victoria, 3000, Australia
Give us feedback

Docklands is another worthy culinary adventure during Chinese New Year. Along the waterfront, you can banish your hunger at The Food Truck Park where the best of Melbourne’s food trucks will be parked on the 19th, 20th and 27th of February. The options here reflect the multicultural spirit of the New Year. Try a pork belly sandwich from the White Guy Cooks Thai Truck or one of the city’s most loved burgers from the aptly named Mr. Burger Food Truck. Docklands hosts many of Melbourne’s major events, and for Chinese New Year, this is where the sky is brightest. Enjoy magical fireworks and take a ride on the Melbourne Star Observation Wheel, which is a must for any first time visitor.

The Place to Be

With 80,000 people expected at any one event, getting around Melbourne may be difficult. Some roads will be closed. Visitors are encouraged to ditch their cars and make their way around by using public transport.

Accommodations are abundant in the heart of Melbourne’s CBD, but aren’t always convenient or affordable. The Victoria Hotel offers close proximity to Fed Square and Chinatown and is among one of Australia’s first hotels to be endorsed for its services by the Australia China Business Council for their services and facilities that cater to Chinese speaking guests. As one of the oldest (and most charming) buildings, it is very affordable for a wide range budgets.

The New Year is based on the Chinese lunisolar calendar, and it’s all about starting over. Alternatives to the festivities in Melbourne include cleaning the house and paying bills, as the Chinese believe it very inauspicious to start the New Year owing money. So, in other words, if you must steer clear of the Melbourne madness during Chinese New Year, there are at least some productive ways honour its rich tradition.