The Best Things to See and Do in Millers Point, Sydney

Observatory Hill | Courtesy of MAAS
Few suburbs in Sydney carry as much history as Millers Point, the waterfront neighbourhood on the western side of the Harbour Bridge. First as a fishing spot for the Indigenous Cadigal people for thousands of years, then as colonial Sydney’s maritime hub (and the site of Australia’s outbreak of bubonic plague in January 1900), and finally as a salubrious inner-city suburb where public housing tenants have made way for well-to-do residents keen to grab their slice of the harbourside, Millers Point has centuries of stories ingrained in its cobblestone streets and sandstone cottages. Planning a visit? Check out these six must-do Millers Point experiences.

Stargaze at the Sydney Observatory

You’ll see more stars than the Hollywood Walk of Fame when you visit the Sydney Observatory, which offers day and night tours to marvel at the wonders of the Southern Sky up close, as well as a digital planetarium and museum. Originally a windmill then a fort and a signals tower, the site became an observatory in 1858 — an Italianate sandstone structure with two prominent telescope domes that house a 29cm refractor telescope built in 1874, the oldest still regularly used in Australia. If astronomy isn’t your cup of tea, the trip to Observatory Hill is still compulsory for the Harbour views from its well groomed public lawns. 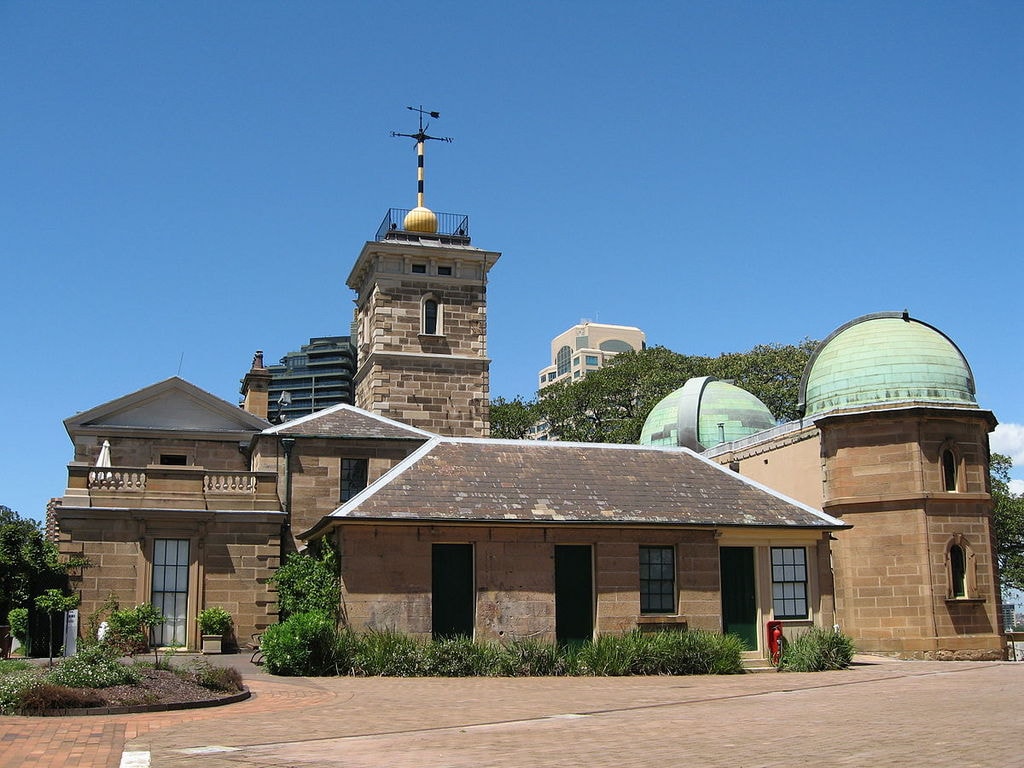 Have a beer at Sydney’s oldest pub

Pub, Australian, $$$
Established in 1841, the Lord Nelson Brewery Hotel is Sydney’s oldest continually licensed hotel… and despite the old-world ambience, it’s hardly stuck in the past. In the 1990s, the pub upgraded its accommodation and added a brewery that now pumps out an award-winning selection of hand-crafted ales, the perfect tipple to wash down the modern Australian pub fare available for lunch and dinner. The Hero of Waterloo — dubbed Australia’s most haunted pub, complete with its very own trapdoor to the cellar from back in the rough-and-tumble sailor days — and the revamped Hotel Palisade are another two historic venues to add to your Millers Point pub crawl back in time.
Looks like it's closed Hours or services may be impacted due to Covid-19
More Info
Open In Google Maps
19 Kent Street, The Rocks, New South Wales, 2000, Australia
+61292514044
View menu
Visit website
Visit Facebook page
Send an Email
Give us feedback

This building housed a school between the 1850s and 1970s before it took on a different educative mission: to teach the public about Australian art. Samuel Henry Ervin’s bequest founded the gallery in 1978, which has been celebrating a diverse array of local artists for the four decades since, today hosting a rotation of seven exhibitions per year. The adjacent Trust Cafe boasts a refined seasonal menu as well as a selection of specialist art books and exhibition catalogues.

Have a coffee on the Harbour

The best side dish to accompany your poached eggs and cappuccino of a morning? A steaming hot plate of water views. The finger wharves at Millers Point and Walsh Bay were originally constructed to service the city’s fishing and wool trade but were converted into a cultural precinct in the 1990s, bringing theatres and restaurants to the waterfront — including Pier 8/9, a spacious two-storey storage shed. The Pier 8 cafe now boasts an extensive and sophisticated breakfast and lunch menu and serves some of the area’s best coffee, but the beautifully converted industrial space overlooking Sydney Harbour is the biggest drawcard. 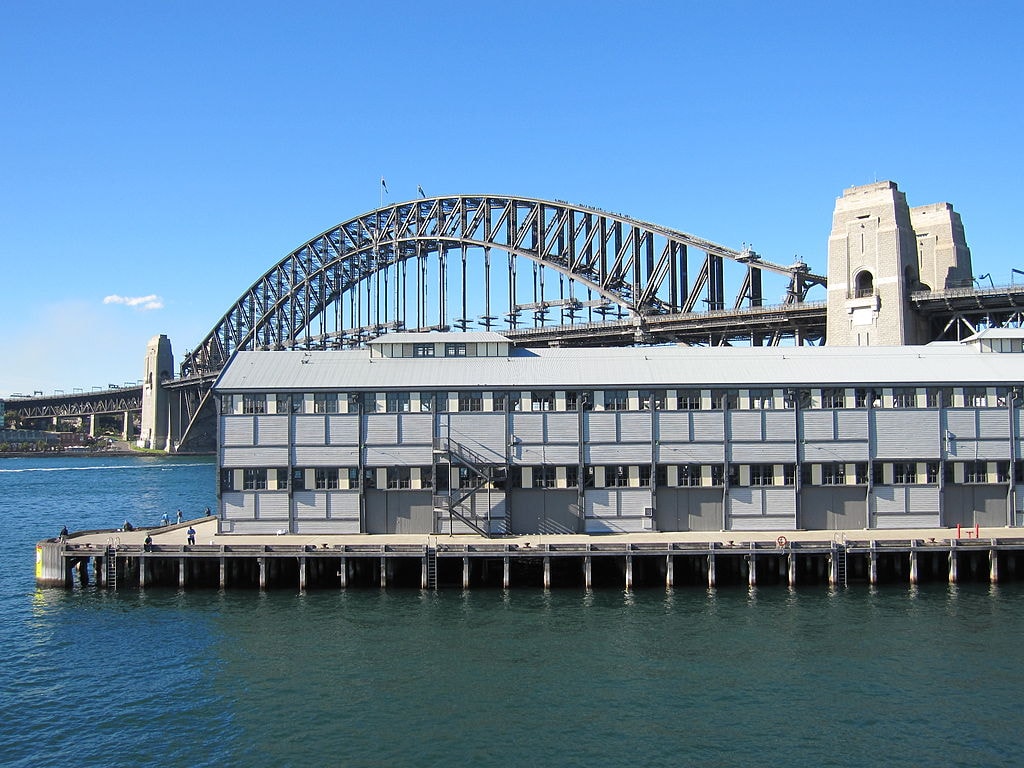 Get cultural at the Roslyn Packer Theatre

This theatre is another one of the heritage industrial buildings converted into a cultural space, transforming the old six-storey Bond Store 4 opposite Pier 6/7 into one of Sydney’s premier cultural venues. The 896-seat theatre opened in 2004 as the Sydney Theatre and was renamed the Roslyn Packer Theatre in 2015 to recognise one of the city’s most generous arts philanthropists, whose tradition continues today with a busy program of world-class productions by the resident Sydney Theatre Company and Sydney Dance Company, as well as drama, comedy and music from visiting Australian and international artists.

The history of Millers Point is tangible on Kent St, a short strip peppered with heritage-listed building after heritage-listed building. There’s St Brigid’s Church built in 1835, the oldest existing Catholic church in Australia, and the Agar Steps, a photogenic stairway linking Kent St’s terrace houses with Observatory Hill, shaded by a 180-year-old Fig Tree. There’s the Richmond Villa, an ornate home perched above the street, next to the Glover cottages, a pair of picturesque sandstone dwellings, as well as the three-storey Carlson Terrace. And history buffs should also visit Argyle Place, the old stomping ground of Sydney’s meanest colonial-era street gangs, and still home to the heritage-listed Garrison Church and Argyle Cut, the archway connecting the quieter residential streets of Millers Point to the more touristy Rocks precinct. 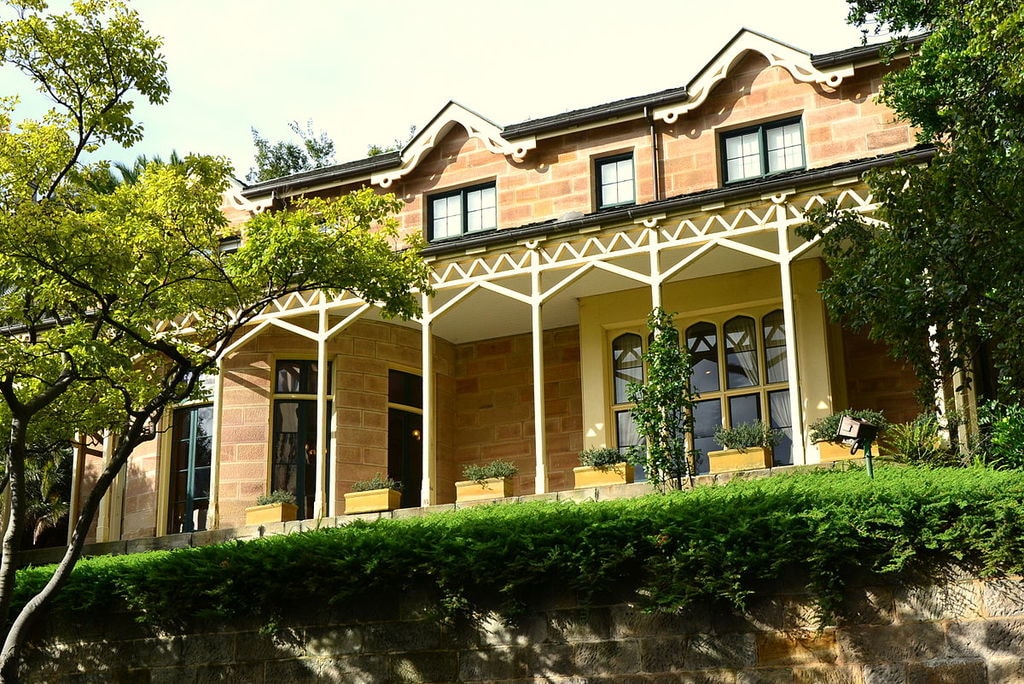