The Best Things To See and Do in Kings Cross, Sydney 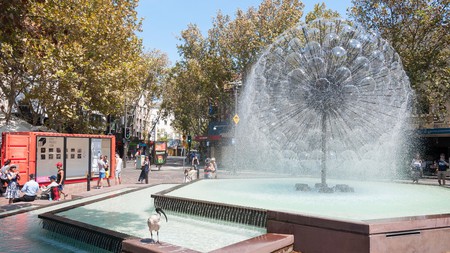 Once the rough and ready centre of Sydney’s vodka-and-energy-drink-fuelled nightlife, Kings Cross quietened down the moment unpopular lockout laws were imposed in 2014. But according to one local expert, the after-midnight restrictions haven’t killed the hospitality scene – they’ve just forced it to grow up.

“There’s still a wonderful night out to be found in Kings Cross. I just think the expectations of how that night out looks have changed,” Joel McDermott from the Potts Point Hotel tells Culture Trip.

“Back in the day, that night out was hopping between 10 different mega nightclubs that had 1,000-plus people in them each, dancing to DJ-driven music and standing in line for overpriced drinks and door entry and paying cover charges. None of that exists in Kings Cross anymore. But now, you’ve got some wonderful food and beverage providers that operate so far and above anything that was here previously.”

The lockout laws were eventually repealed in 2020, but the Cross will never change back. The old nightclubs have turned into upscale gyms and glitzy apartment blocks, and partygoers have shimmied on to Bondi or Newtown for their big nights out. Instead, this now-swanky suburb just east of the city centre boasts one of Sydney’s most exciting food and drink cultures.

“There are wonderful restaurants, cool little cocktail bars, great rooftop spaces like our one,” Joel continues. “So, the night out has gone from swilling 20 vodka lemonades in a nightclub and dancing to being led more by going out with friends for a lovely dinner before settling into a small bar afterwards and having a few nice cocktails and watching a burlesque show.”

Sticky-floored nightclubs put the area on the map, but a new wave of more sophisticated venues have kept it there. Read on for the best things to see and do today in Kings Cross, Sydney.

Sip a cocktail on one of Sydney’s favourite rooftops 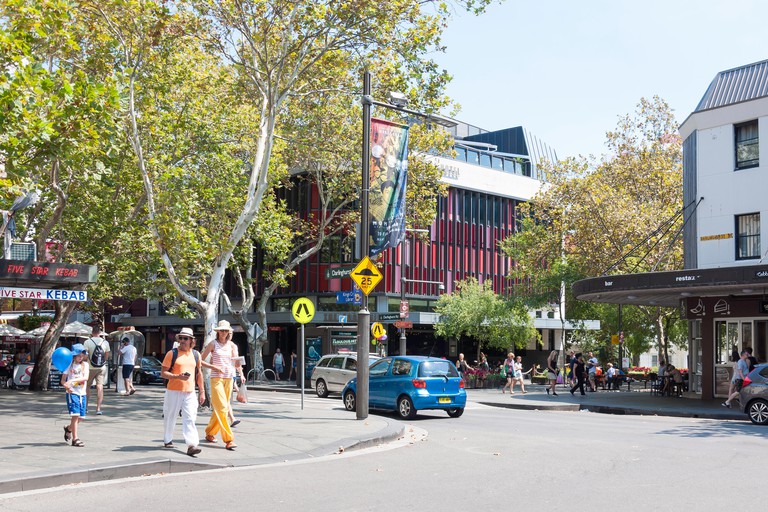 The Potts Point Hotel represents the Cross in a nutshell. An old bank converted into the Sugar Mill Hotel by former owners in 2004, its middle two levels formed the legendary Kit & Kaboodle nightclub before the lockout laws struck and new owners gave the place a rebrand to reflect the changing face of the neighbourhood. The downstairs pub delivers cocktails inspired by colourful Cross characters of yesteryear and succulent meats from the American smokers, along with Gender Bender Bingo on Thursday and a jazz quartet on Sunday. Level One welcomes burlesque shows, comedy nights, eight-piece big bands and a music-industry open-mic night. Live music and DJs fill Boogie Mountain on the next floor, and then there’s the stunning Sweethearts Rooftop. “What can you say? A rooftop in summer in Sydney, there’s no better place to sip on a cocktail and listen to some tunes and enjoy the sun,” says Joel. “Be it a bloody mary at midday when we open because you’ve had a few too many the night before or starting the early afternoon with a nice refreshing Tommy’s margarita, it’s a pretty wonderful space to be able to do that.”

Taste the treats of MacLeay Street 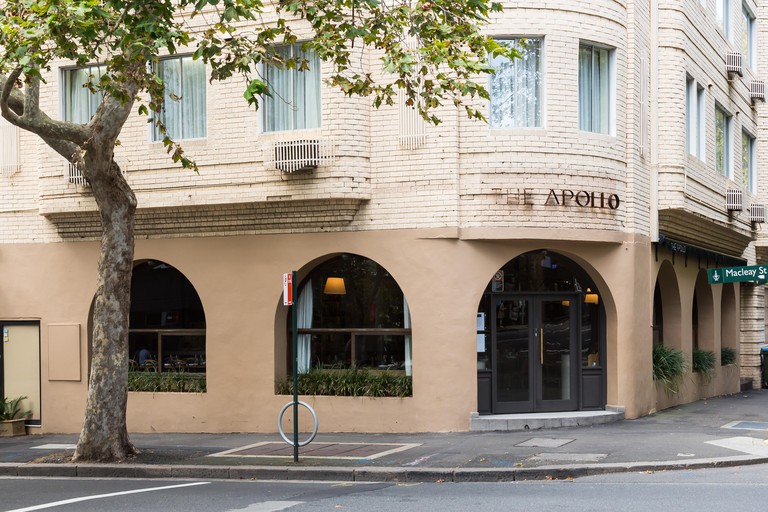 Just after the Potts Point Hotel, Darlinghurst Road runs into MacLeay Street – one of Sydney’s foodie hotspots – on the stroll down to the even more salubrious Potts Point, closer to the water. “That entire strip that runs down MacLeay Street is just knockout restaurant after knockout restaurant,” says Joel. “The Apollo is one of my favourites – its saganaki is to die for. They’ve got a fantastic wine list and Greek lamb – how can you go past it? Cho Cho San is a bit of an institution. Busshari serves up great quality Japanese food and has a nice cocktail list along with it as well. You’ve got Bistro Rex, which is definitely one of our favourites. Franca Brasserie is absolutely phenomenal. You’ve got your old Fratelli Paradiso and venues of that ilk that have been there for 100 years and just do it so well.”

Kings Cross’s mega clubs have been usurped by a series of stylish small bars sprinkled around the suburb – notably Dulcie’s, a former den of exotic dancers that still has the stage to prove it. This underground cocktail parlour prides itself on its 1930s vibes – the era when Kings Cross first became a bohemian hub – and its 100 percent Australian produce. “It’s very much that dark, small, dimly lit, intimate cocktail bar that has a wonderful cocktail list that’s attached to the local history of the area,” says Joel, who also recommends the speakeasy-style 1933 Booze House & Kitchen and the 1950s-inspired Roosevelt. “Venues are just head and shoulders above anything you get anywhere else in terms of wonderful bespoke cocktail offerings. You’d struggle to find a bad drink or an uninspired cocktail list anywhere in the suburb these days.”

See some of Sydney’s best theatre 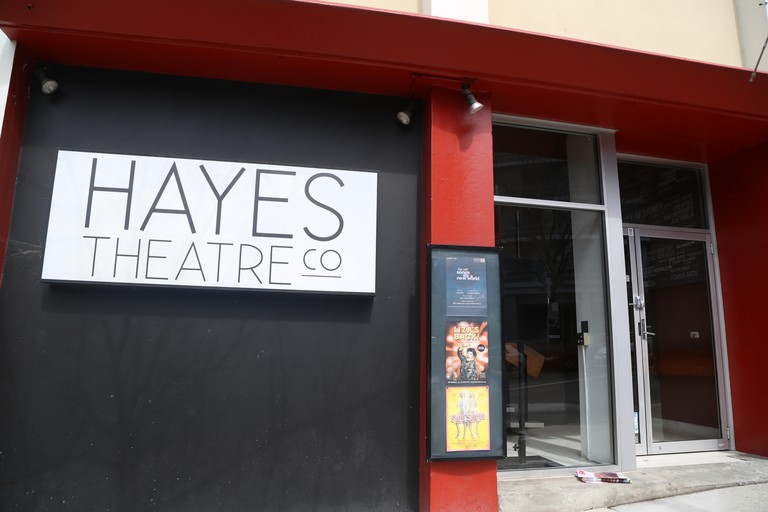 A decade ago, the main show to see in Kings Cross was the sight of inebriated Sydneysiders trying to hoover a kebab or hail a taxi at 3am. Today’s theatre offering is far more elegant. As well as the variety of performances on the first level of the Potts Point Hotel, the Kings Cross Theatre operates out of the Kings Cross Hotel, while the Griffin Theatre Company and the Hayes Theatre Co. enhance the area’s reputation for culture. “The level of plays and theatre and musicals going through there is just wonderful – it very much speaks to that off-Broadway-style vibe in a small playhouse,” says Joel. “Hayes Theatre is a standout – I saw In the Heights, which was written by Lin-Manuel Miranda who did Hamilton, and that was just absolutely phenomenal.”

Grab a bargain at the market 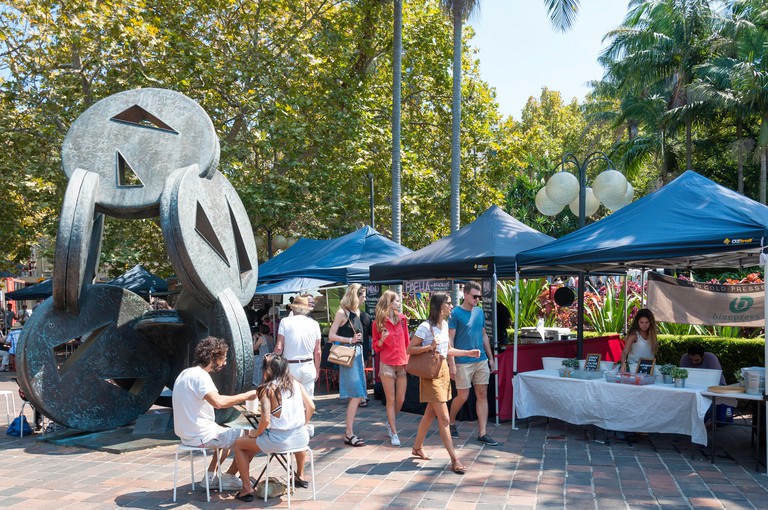 If Joel can get off work on the weekend, he heads to the Kings Cross Market. Surrounding the El Alamein Memorial Fountain (better known as the thing that looks like a dandelion) at the heart of the neighbourhood, these stalls have also changed in recent years to reflect the gentrification of the area, with a big focus on organic food. He says: “There are lots of food offerings and vendors that set up little stores. There are artisans and quality producers doing cheese and fresh honey and all that sort of stuff. There are buskers. There’s a big flower market. There are made goods. It’s wonderful.”

Have coffee at Room 10

Llankelly Place – a pedestrian laneway around the corner from the Potts Point Hotel – is dotted with coffee shops and tiny eateries, each contributing to the Little Melbourne atmosphere. But few have the fanatical following of Room 10, whose tiny tables spill out into the alley. “If you don’t go to Room 10, you need to see someone about what’s wrong with you,” says Joel, laughing. “It’s such an institution. It’d be lucky to be two metres [seven feet] wide by five or six metres [16-20 feet] deep, and there’s just a line out the front constantly. It is unbelievable. Best coffee in town, and it does amazing sandwiches. Just, wow, it’s something special.”

Occupying the bottom of a quaint three-storey terrace on Orwell Street, a few blocks from Llankelly Place, Chester White is another standout retro-chic nightspot for dinner and a tipple. Chester White (aptly named after a breed of pig) bills itself as a cured diner, where people perched at the long 1950s-style counter can peer up at the array of cured meats hanging on the wall. “It’s a little wine bar; it seats about 15 people, no bookings, just first come, best dressed. It’s phenomenal,” says Joel. “Great wine list, and it’s got some wonderful little nibbles to pick at in terms of toasted sandwiches and charcuterie boards. It’s a great spot for a cheeky bottle or two of wine and a sore head the next morning.”

Stumble upon hidden holes in the wall

A revolving door of little coffee shops, sandwich joints and takeaway places pop up around Kings Cross – the area around the station and Llankelly Place are the best places to sniff out a secret. One institution, though, is the split-level Chinese kitchen next door to top-drawer speciality coffee suppliers Primary Coffee Roasters. “There’s an amazing little hole in the wall called Dumplings & Beer,” says Joel. “It’s a tiny little spot. You go up the stairs, and it does just dumplings and just beers. It’s exactly what it says, exactly what you expect, and it’s wonderful. It’s really well loved by the locals. It’s a bit of a staple for me.”

Have a big night out 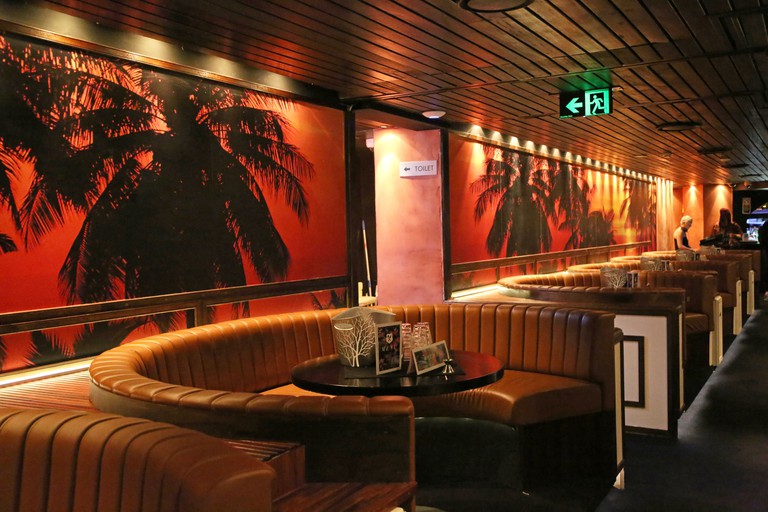 Negronis and charcuterie might have displaced vodka lemonades and midnight McDonald’s, but Kings Cross can still host a rowdy night out. DJs continue to hit the decks at a small number of nightclubs that keep the flame alive. “There are a few nightclub spaces – be it our own Boogie Mountain, or Flamingo Lounge, or even Candys Apartment,” says Joel. “There are definitely some places left for a late-night trade for people to have a dance and a boogie. But the earlier part of the evening is definitely in tune with really wonderful quality food and beverage from restaurants and small bars that are starting to permeate the area a lot more.”