The Best Things To See and Do in Circular Quay, Sydney 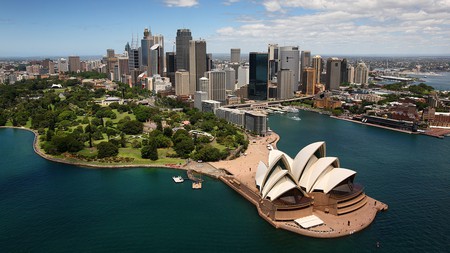 Home to Sydney's most iconic attractions, Circular Quay is the place in which to start any tour of the city | © redbrickstock.com / Alamy Stock Photo

When the First Fleet sailed from Britain to colonise the ancient indigenous land now known as Australia, the first place they landed was Sydney Cove, on which Circular Quay is located. Today, this humming stretch of Sydney’s harbour front remains most international visitors’ first port of call.

“Circular Quay is the gateway to many of the incredible things Sydney has to offer,” says Antonio Kuo, venue manager of The Squire’s Landing, a two-storey micro-brewery boasting panoramic vistas of the harbour. 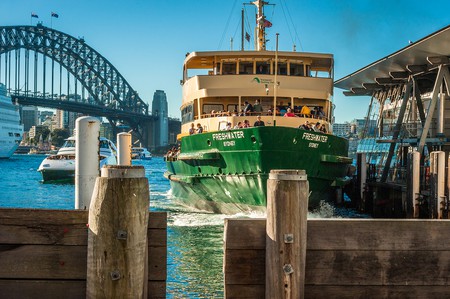 “Not only does it house some of the city’s most famous attractions, it also serves as the hub for the ferry service, which connects visitors and Sydneysiders to many of our other waterfront destinations including Manly, Mosman, Watsons Bay and Taronga Zoo.” 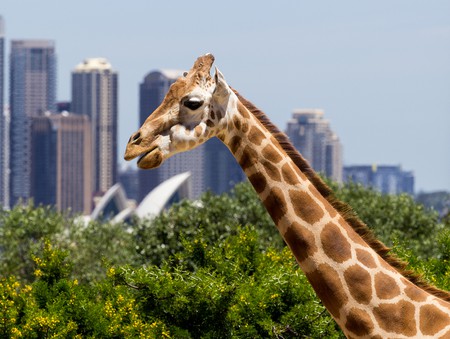 When Kuo says some of the city’s most famous attractions, he’s being polite – Circular Quay lays claim to the top two, hands down. The Sydney Opera House and the Sydney Harbour Bridge bookend this buzzing wharf, lined with historic buildings, cutting-edge cultural hubs and some of Sydney’s most salubrious restaurants. From ferries and festivals to beers and BridgeClimbs, these are the best things to see and do in Circular Quay, Sydney. 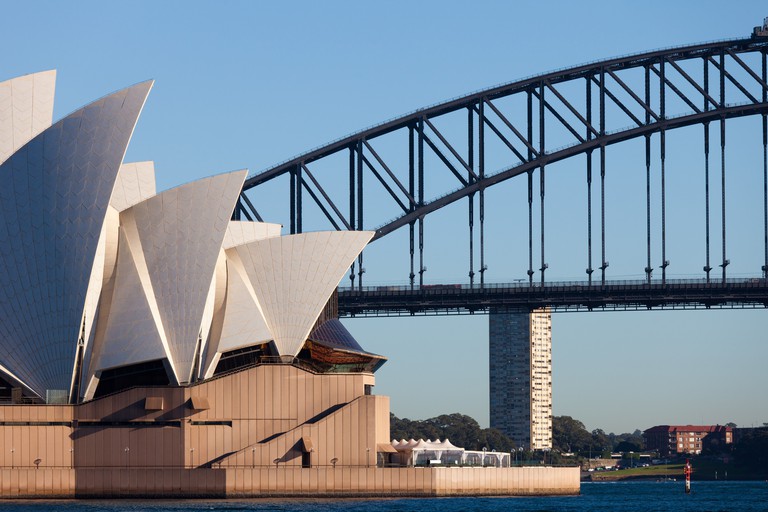 This World Heritage-listed architectural marvel is one of the top things to see and do on the planet, let alone Circular Quay. The over-budget, over-schedule brainchild of Danish architect Jørn Utzon, the Sydney Opera House was worth the wait and the expense when it finally opened in 1973. It attracts as many admirers for its design as it does for its world-class program of events. “As well as being a significant cultural landmark, the Sydney Opera House is a visual feast for the eyes,” Kuo says. “There’s regular music, opera and theatre performance inside the venue plus on special occasions, the sails are brought to life with visual projections.” 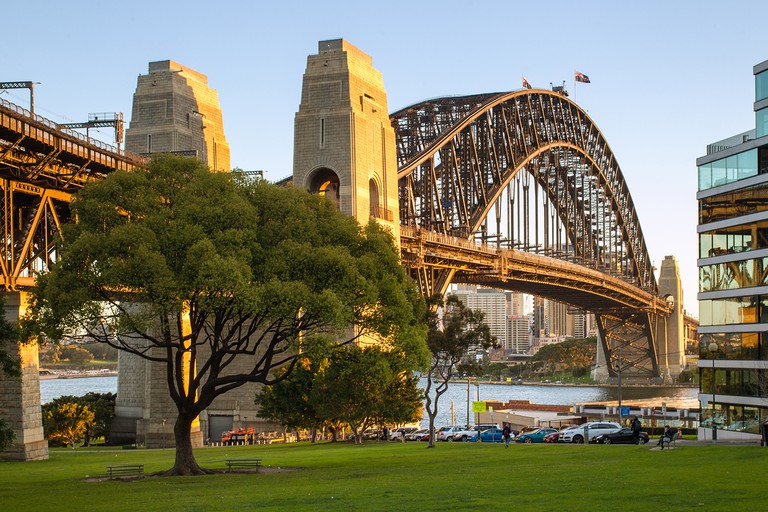 Like a meat pie without tomato sauce, the Opera House wouldn’t quite be the same without its equally recognisable neighbour on the other side of Circular Quay. The world’s tallest steel arch bridge spans more than a kilometre (0.6 miles) over the water – there’s one lane for pedestrians, one lane for cyclists, and the opportunity to scale the top of the “Coathanger” on a BridgeClimb. “It may not be the cheapest activity to do,” Kuo says, “but the Sydney Harbour BridgeClimb will give you unparalleled views over the city. My tip is to do it in the morning before it gets too hot.” 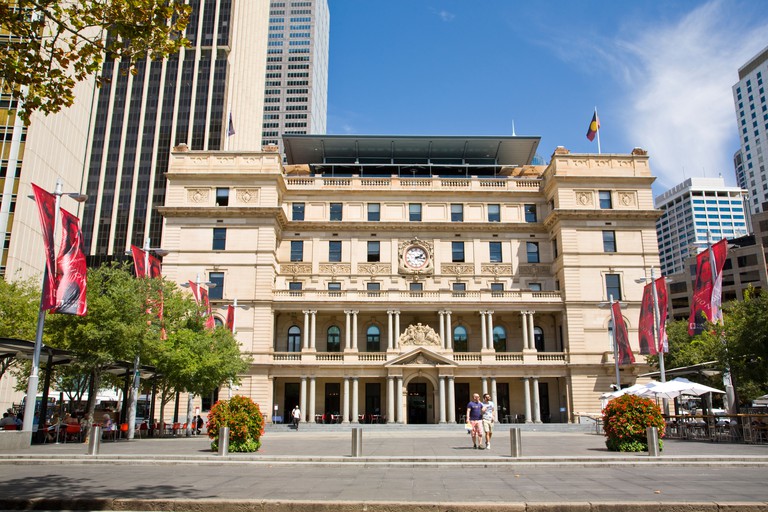 This five-storey customs house was built on the site of the First Fleet landing, serving as a government office until it was converted into an event space, library and museum in the 1990s. History is ingrained in this place: the paving outside indicates the original shoreline, while the swastikas tiled into the entrance are a throwback to an era when that symbol, the Neolithic fylfot, represented good luck. The scale model of the city is a snapshot of modern Sydney, as are the views from the stunning rooftop restaurant, Cafe Sydney. “Not only was Customs House one of the first buildings to be constructed in Australia back in 1845,” Kuo says, “but it also houses a large-scale model of downtown Sydney that’s built beneath your feet and you view through the glass floor. It’s located on the ground level of the building, is free to enter and is a great way to get you oriented to the city.” 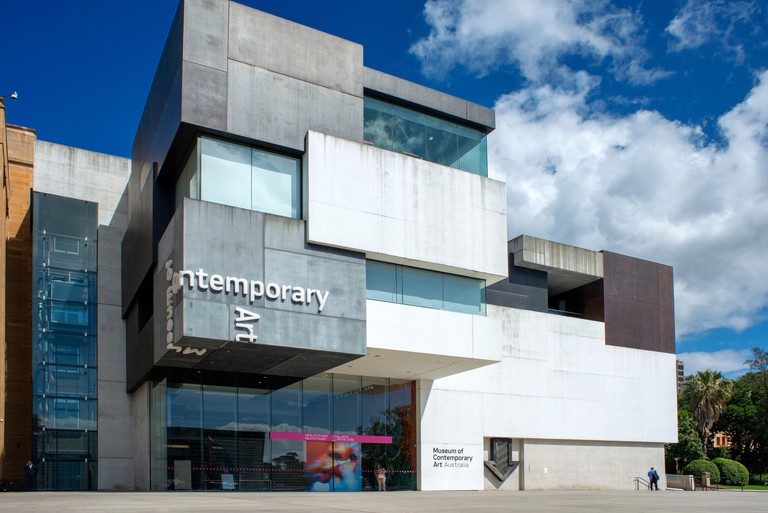 West of the wharf on the border of the Rocks, the sandstone cottages of this early colonial settlement are dwarfed by the Art Deco landmark that is the Museum of Contemporary Art. The MCA is Australia’s premier collection of modern masterpieces, showcasing plenty of pieces by Aboriginal artists in particular. “I recommend walking from the Sydney Opera House around the quay to the Sydney Harbour Bridge and take in the sights and the sounds,” Kuo says. “The route will take you past the ferry terminal as well as the Museum of Contemporary Art. Pop in and enjoy the latest exhibition before heading up to their rooftop café to take in the water views while enjoying a coffee.”

Another must-visit venue for a drink with a view is Kuo’s place of work. James Squire brews pair perfectly with both the sophisticated modern Australian menu as well as pub grub favourites. The most delicious aspect, however, might be the views through the floor-to-ceiling windows across two levels on the harbour’s edge. “The Squire’s Landing tells the legend of James Squire, a convict on the First Fleet but perhaps more importantly, Australia’s first brewer,” Kuo explains. “Both levels offer spectacular views of the Sydney Harbour Bridge and the Sydney Opera House, making the venue one of the most enviable positions in the city to dine, drink and savour Sydney’s iconic landmarks.” Cruise Bar, which shares the Overseas Passenger Terminal with the Squire’s Landing, and Opera Bar beneath those stunning white sails, are two other top spots for a tipple.

Circular Quay’s golden ferries might be pretty, but the canvas sails of these old-school tall ships are something else altogether. Sydney Harbour Tall Ships tours depart seven days a week from Campbell’s Cove in front of the Squire’s Landing – lunch cruises, dinner dates, wine and canapés by sunset, or a starlight sail even later. “Get a glimpse of how the early travellers to Australia experienced their voyage with a modern-day tall ship tour,” Kuo says. “You can combine them with lunch or dinner and it’s a great way to explore Sydney Harbour from the water.” In winter, Circular Quay is also the departure point for whale-watching tours while these majestic mammals cruise up and down the coast between May and November. 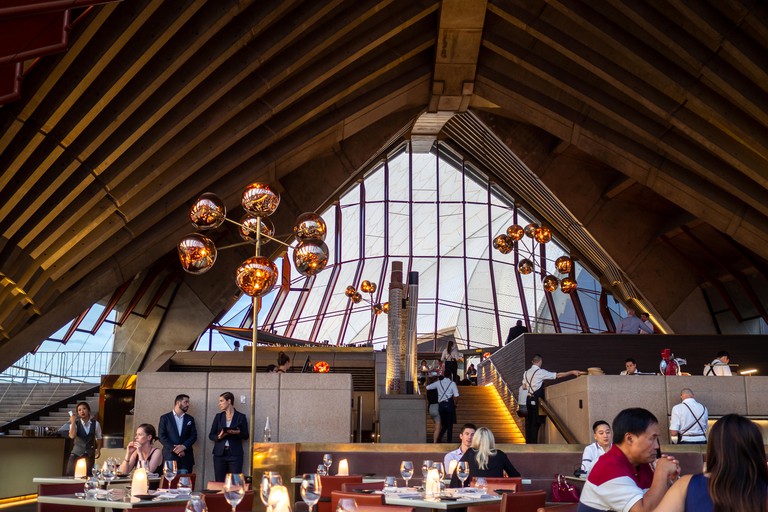 At the top of the long list of crowd-pleasing eateries that jostle for a chunk of the waterfront, three renowned restaurants make Circular Quay Sydney’s capital of fine dining. One is Bennelong, serving chef Peter Gilmore’s modern Australian meals in the bowels of the Sydney Opera House. The second is Gilmore’s other institution Quay, an award-winner since 2009 in the Overseas Passenger Terminal. And the third in the trio is Aria, where chef Matt Moran peers over the Opera House. “There are several world-class restaurants located at Circular Quay,” Kuo says, “and most have stunning views over the harbour.” 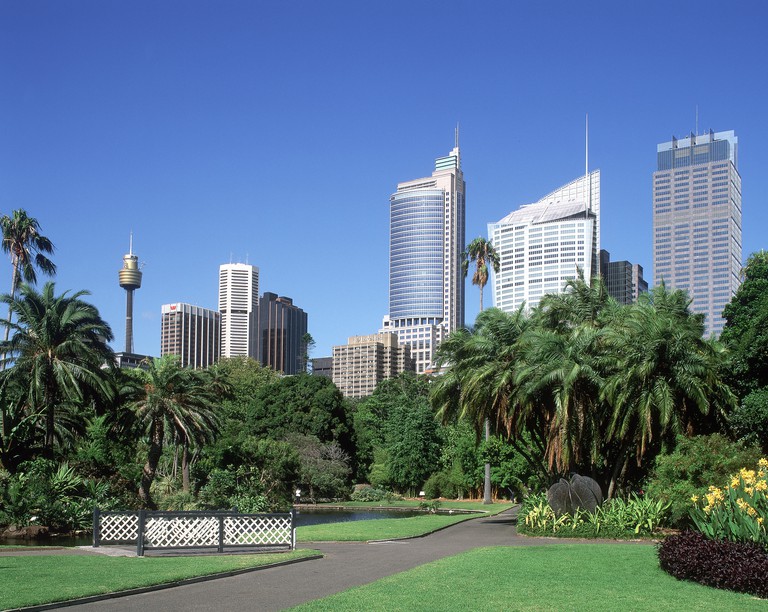 Tucked behind the Opera House lies an oasis of tumbling green lawns and native Australian plants in the shadow of the concrete jungle. Hop on an Aboriginal heritage tour to learn more about Sydney Cove’s millennia-old Indigenous past, and pop into the Calyx to check out rotating exhibits of tropical plants. “There’s 72 acres of open parklands to explore with great water views from most areas, so take a picnic and enjoy a lazy lunch,” Kuo says. “Also, make sure you take a look at Mrs Macquarie’s Chair – an exposed sandstone rock cut into the shape of a bench, which was hand-carved by convicts in 1810 for Elizabeth Macquarie, the wife of the governor.”

Circular Quay is one of Sydney’s most important transport hubs for visitors. It’s the starting point for the 333 bus to Bondi Beach, plus the even more scenic ferries zooming all over the harbour, connecting the leafy Lower North Shore, laid-back Manly Beach and the posh Eastern Suburbs such as Watsons Bay. “Regular ferries depart from Circular Quay to many of Sydney’s best waterside destinations,” Kuo explains. “I’d recommend catching a ferry to Watsons Bay and doing the Watsons Bay coastal walk around South Head. The views back over to the city are spectacular, plus there’s Camp Cove Beach if you want to take a dip to cool off. There’s a small handful of places to grab a beer and lunch in the sunshine as well.” 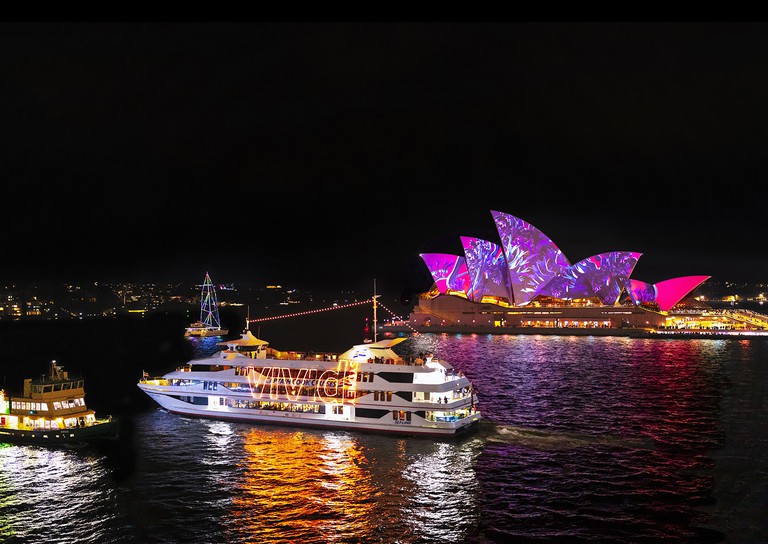 The crowded cultural calendar inside the Sydney Opera House goes without saying, but the projections on the sails outside during Vivid Sydney each winter are just as dazzling. Circular Quay is the centrepiece of the world’s largest festival of light, music and ideas each May and June, as well as the fireworks extravaganza on New Year’s Eve and the festivities on Australia Day (26 January). “Circular Quay hosts several fantastic immersive and celebratory events throughout the year,” Kuo says.