The Best Things to Do on the Gold Coast, Australia 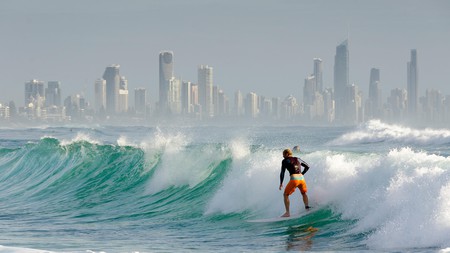 Queensland’s original seaside escape, the Gold Coast has evolved from the coastline of excess that many travellers may remember from holidays gone by. While the beaches, theme parks, shopping malls and strip clubs that put the glitter strip on the map are still here, these days the “Goldie” attracts just as many visitors for its increasingly cool culinary and arts scenes, not to mention its ever-increasing array of bars and breweries that play up the city’s sunny coastal location. From futuristic retail havens to food markets that’ll have you salivating, here are the best things to do on today’s Gold Coast.

Once upon a time, eating out on the Gold Coast didn’t get much fancier than a surf ‘n’ turf washed down with a XXXX Bitter. These days, the local food scene is now nipping at the heels of Sydney and Melbourne, with Asian flavours and local seafood dominating many menus, from Burleigh Heads’ casual fine-diner Rick Shores (don’t leave without sampling one of its famous Moreton Bay bug rolls) to Robina’s intimate pan-Asian bar-restaurant Eddy & Wolff.

Discover the best local hot spots in Burleigh Heads, Broadbeach and beyond on a tour with Gold Coast Food and Wine Tours hosted by passionate local foodie Karen Inglis-Turner, or get a taste of the city at food markets such as the perennially popular Miami Marketta.

Take a dip at the Gold Coast’s dazzling beaches 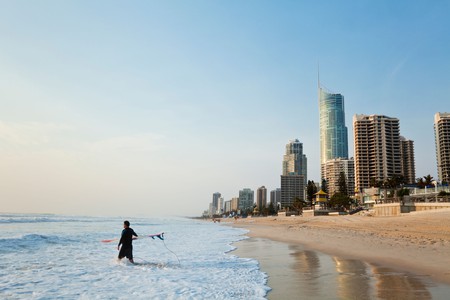 You could be forgiven for thinking the Gold Coast is just one long stretch of dazzling golden sand lapped by water, but while it can sometimes be difficult to tell where one beach ends and another begins, each section of sand has its own unique personality. From Surfers Paradise with its backpacker vibe to Currumbin Creek with its calm lagoon perfect for paddle craft, there is no lack of gorgeous spots to choose from.

If surf beaches aren’t your thing, lay down your towel alongside the dazzling turquoise waters of Tallebudgera Creek, which also tends to be more protected on windy days.

In recent years, the Goldie’s cultural scene has exploded with gallery spaces that are worth seeking out, from Home of the Arts (HOTA), the largest pubic regional gallery on the Gold Coast, to the 19 Karen contemporary art space in Mermaid Beach with its six interconnected exhibition spaces showcasing the works of around 80 Aussie and international artists of various styles and genres.

For those interested in the Gold Coast’s Aboriginal history and culture, a Jellurgal Walkabout tour of Burleigh Headland led by a local Aboriginal guide from the Jellurgal Aboriginal Cultural Centre is a must.

Hang out with the cool kids in Burleigh Heads 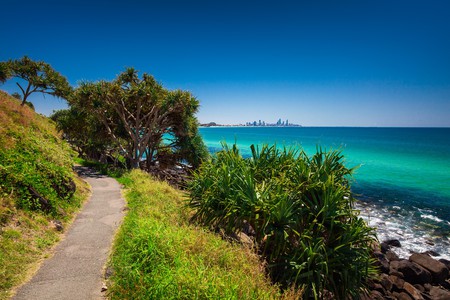 The Coast’s epicentre of cool, the southern Gold Coast suburb of Burleigh Heads is home to some of the city’s best restaurants, bars, boutiques and surfing. Start the day with some people-watching at the beach, which also boasts superb views of the Surfers Paradise skyline to the north, before heading into the compact town centre, just a block back from the beach, for coffee or brunch, perhaps with a side of retail therapy.

Following a AU$650m (£360m) facelift in 2016, Broadbeach’s Pacific Fair shopping centre is now one of the country’s top retail spaces, with 400 stores to choose from. Further south, Robina Town Centre is similarly huge, but if you’re keen to pick up some locally designed threads and one-of-a-kind finds, familiarise yourself with the Gold Coast’s market schedule. Held in the grounds of Burleigh Heads State School on the first and third Sunday morning of every month, The Village Markets gets top billing. 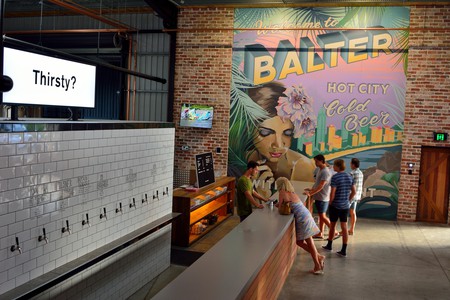 Enjoying approximately 300 days of sunshine per year, the Gold Coast is the kind of place that just makes you want to crack a cold beer. Lucky, then, that there are now more than half a dozen craft breweries and brewhouses to choose from along the coast, with top spots including Balter Brewing in Currumbin, home to one of Australia’s most-awarded XPAs, to Black Hops at Burleigh Heads, voted Australia’s Champion Small Brewery in 2018. Cheers!