The Best Surfing Spots Near Brisbane 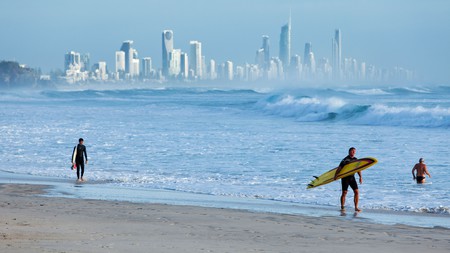 Surfing in Brisbane might seem like an oxymoron, but frothers of all abilities will be pleased to learn that there are a handful of surfing beaches within relatively easy reach of Queensland’s capital that cater to absolute beginners through to storm-swell-chasing daredevils.

While it’s possible to surf perfect one-foot waves created by cruise ships and tankers cruising down the Brisbane River at Pinkenba, this should only be attempted by expert surfers with no fear of the river’s sizeable population of bull sharks. Much safer – not to mention more scenic – are the wave-chasing opportunities on Brisbane’s offshore islands and the Gold Coast. 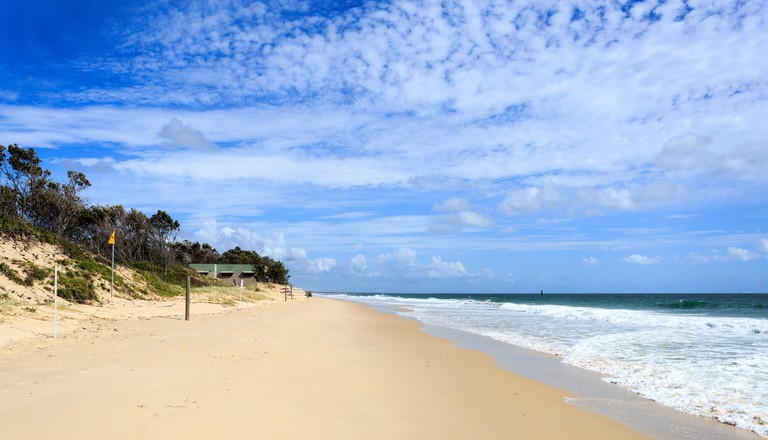 © downunder / Alamy Stock Photo
The closest surf beach north of Brisbane, Woorim Beach is located on the southeastern coast of Bribie Island, which is connected to North Brisbane via a bridge. With Moreton Island protecting Bribie from most southerly swells, the waves at this beach break don’t tend to get much bigger than one metre (3ft), making Woorim a top spot for novices. If you’re interested in taking a surf lesson, Bribie Island Surf School operates near here. 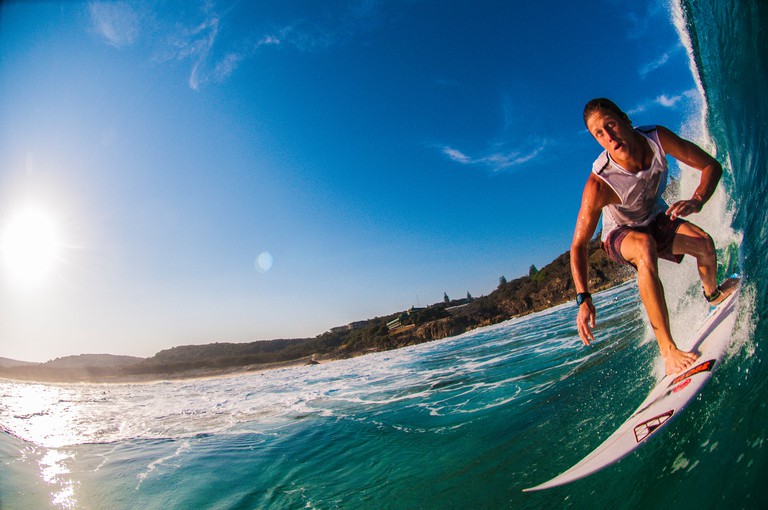 © Mark A. Johnson / Alamy Stock Photo
Just south of Cylinder Beach, Main Beach serves up a great wedgey left at Point Lookout below the Surf Club, with plenty of beach breaks to be found further south along this approximately 30-kilometre (20mi) stretch of beach lapped by crystal-clear waters. An easterly swell combined with a northerly or westerly wind generally proffers the best surf conditions, with North Stradbroke Island Learn to Surf School also servicing this area for those keen to learn the ropes. Be mindful that this beach, which is prone to rips, isn’t patrolled.

Natural Feature
Facebook
Email
Twitter
Pinterest
Copy link
Share
Map View
There may be better surf beaches in the Gold Coast’s more southerly suburbs (Burleigh Heads, in particular) but just an hour’s drive south of Brisbane CBD, Main Beach isn’t a bad spot to hit the waves when you need a quick fix. At the northern end of the beach, a left breaking between the Southport Seaway jetty and the Spit Sand-pumping jetty is usually the main event, though there are plenty of uncrowded beach breaks to be found along the beach. 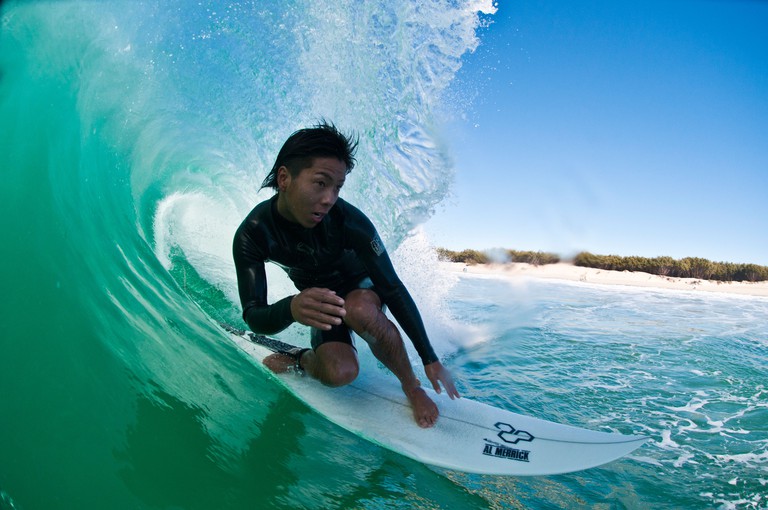 © Mark A. Johnson / Alamy Stock Photo
If you’re fearless enough to make the 300m (985ft) paddle across the supposedly shark-infested Southport Seaway, which separates the northern end of the Gold Coast from the southern tip of South Stradbroke Island, you’ve earned the right to surf the revered beach break at the tip of the island, which offers plenty of lefts and rights at all stages of the tide. Boat taxis across the channel are also available, but if you take this option, prepare to be heckled by locals.

Natural Feature
Facebook
Email
Twitter
Pinterest
Copy link
Share
Map View
As its name suggests, this right-hander is found at the northernmost point of Moreton Island. Just around the point to the southeast, you’ll find another popular surf spot known as Boulders (take care of the submerged boulders). Stretching some 30km (19m) southwards, the next beach around is known as Surf Side. While very exposed, there are plenty of empty beach breaks to be found, though you’ll need a 4WD to find them.
Give us feedback