Whether you want to set a personal best or simply stretch your legs, it’s time to lace up your sneakers and hit Melbourne’s best running tracks. Huff and puff past iconic Melbourne landmarks including the Royal Botanic Gardens, Melbourne Zoo and the Shrine of Remembrance for a cardio session with a view and feel endorphins rush through you.

Make like Lightning McQueen as you wisp around Albert Park Lake, the same location as the Australian Grand Prix circuit. Just shy of five kilometres, the mostly flat track circles the lake and is one of Melbourne’s most popular. However, the proximity and exposure to Port Phillip Bay does mean strong winds. The well-maintained track has signs every 500 meters as well as water fountains every kilometre, and you’ll often cross black swans. There is even a timed 5 kilometre running event every Saturday morning called parkrun, which starts at Palms Lawn and follows the course anticlockwise to Coot Picnic Area.
More Info
Open In Google Maps
Albert Park, Victoria, 3206, Australia
View menu
Visit website
Visit Facebook page
Send an Email
Give us feedback

When people think of Abbotsford Convent, artsy exhibitions and cozy cafés come to mind, but did you know that the newly Heritage-listed location has its own running track? If you don’t like sticking to the beaten path, then this run is for you. Start at the gates and follow the pathways along the Main Yarra Trail past the Collingwood Children’s Farm where you can take a pit-stop and feed the adorable animals before continuing on your adventure through the grounds and along the river.
More Info
Open In Google Maps
1 Saint Heliers Street, Abbotsford, Victoria, 3067, Australia
+61394153600
View menu
Visit website
Visit Facebook page
Send an Email
Give us feedback

By far Melbourne’s most popular running track, The Tan is a 3.8 kilometer lap around Kings Domain and the Royal Botanic Gardens which attracts footballers and Olympians. Originally a horse track, the path is mostly gravel and can be challenging depending on your starting direction. Taken clockwise, as most people do, you’ll face Anderson Street hill (#FeelTheBurn). No matter the direction though, you’ll see some of Melbourne’s most iconic attractions, including the Arts Center Spire, The Yarra River and The Shrine of Remembrance. 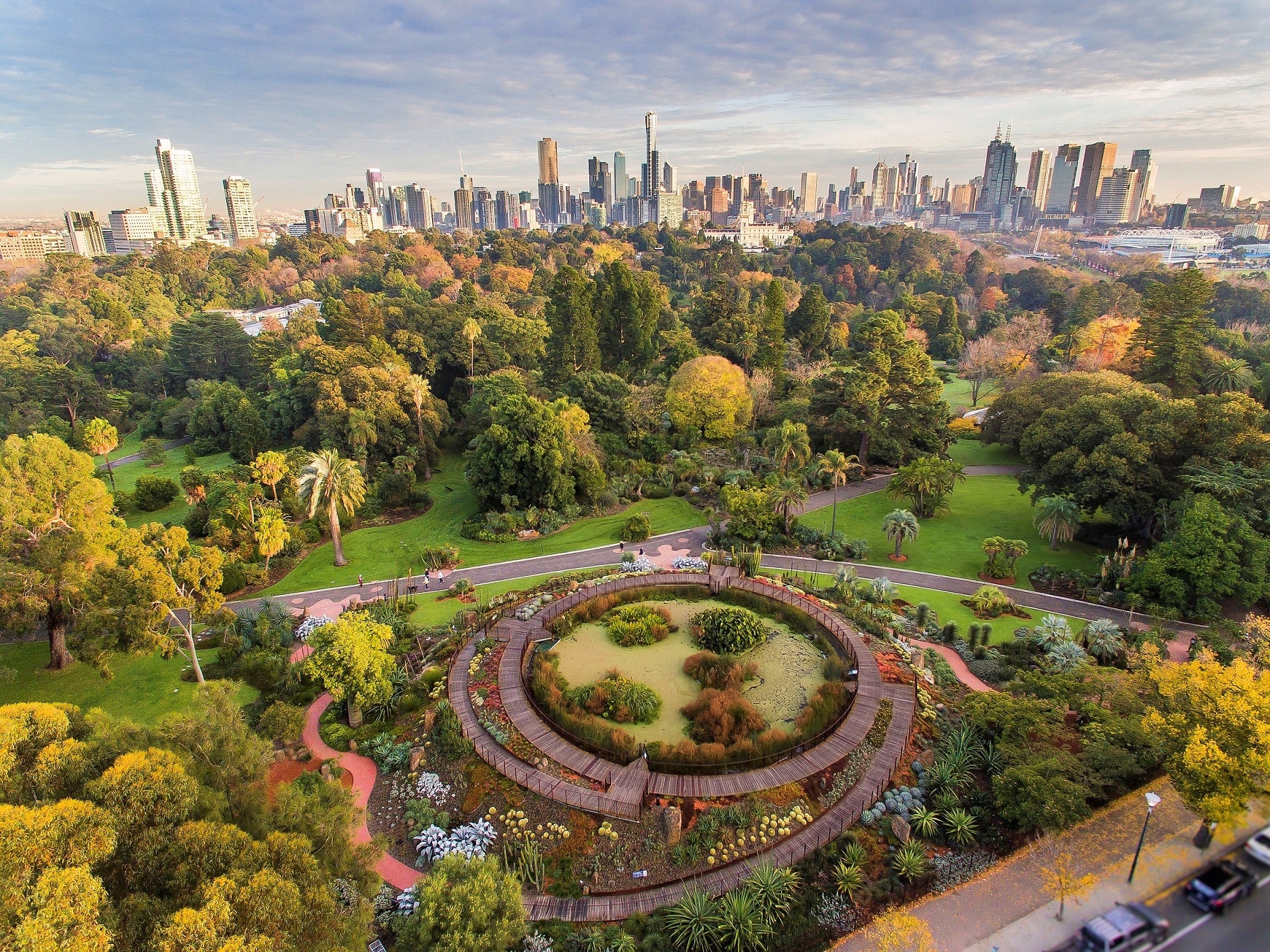 Pummel the pavement at Princes Park and find motivation in the array of athletes that train within the perimeter, including the Carlton Football Club and Princes Park Carlton Bowls Club. Ideal for beginners, the loop is 3.2 kilometers and consists of gravel and asphalt tracks with markers every 500 meters. There are also plenty of leafy trees offering shade in the summer. Extend your run by crossing Royal Parade into Royal Park where there are numerous trails lacing Melbourne Zoo and the surrounding ovals. 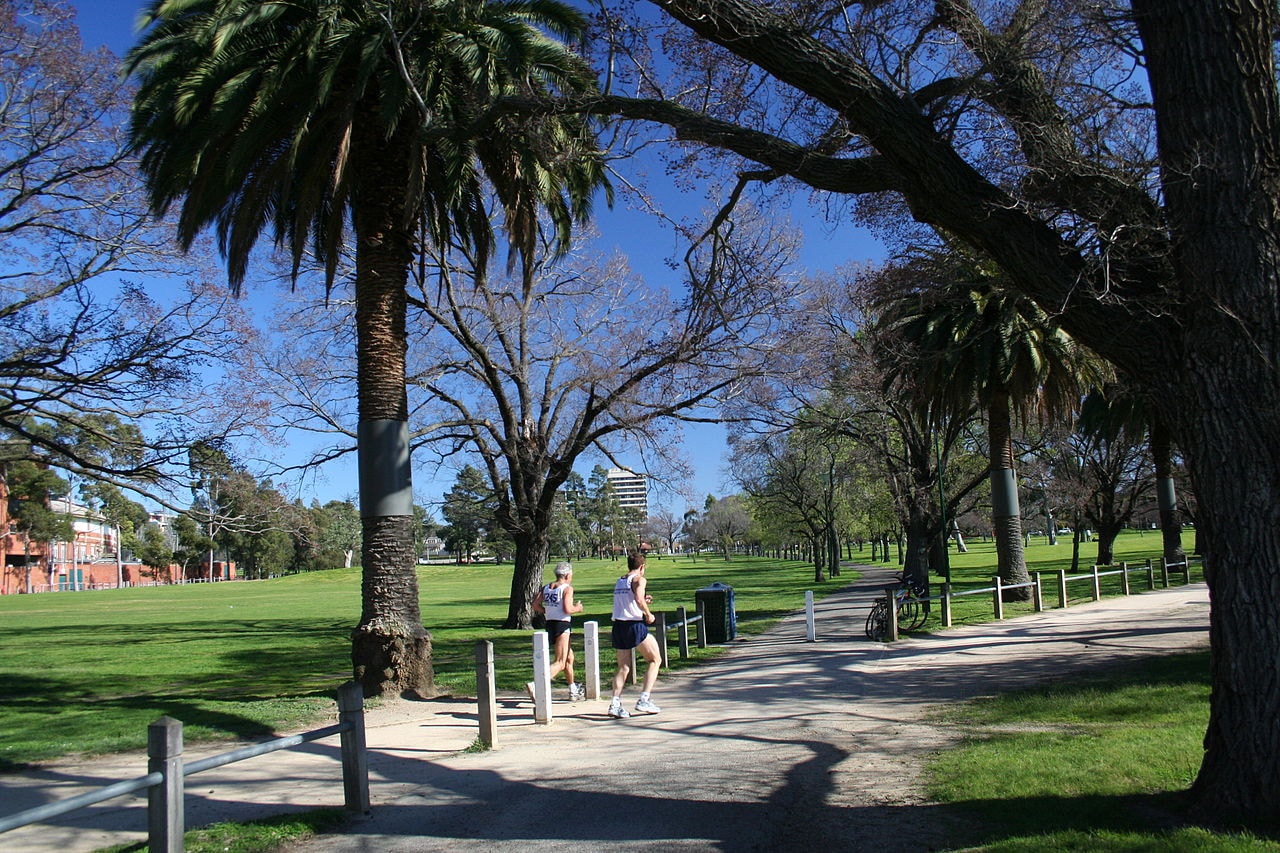 Starting at Princes Bridge near Flinders Street Station, the Capital City Trail is approximately 29 kilometers all up and consists of various sections of other Melbourne trails, including the Merri Creek, Moonee Ponds Creek, and Inner Circle Rail trails allowing you to veer off and explore if you desire. Along the way, you’ll pass landmarks such as Southbank, the Melbourne Cricket Ground, Melbourne Zoo and Docklands just to name a few, but be mindful of cyclists since it is a shared zone. 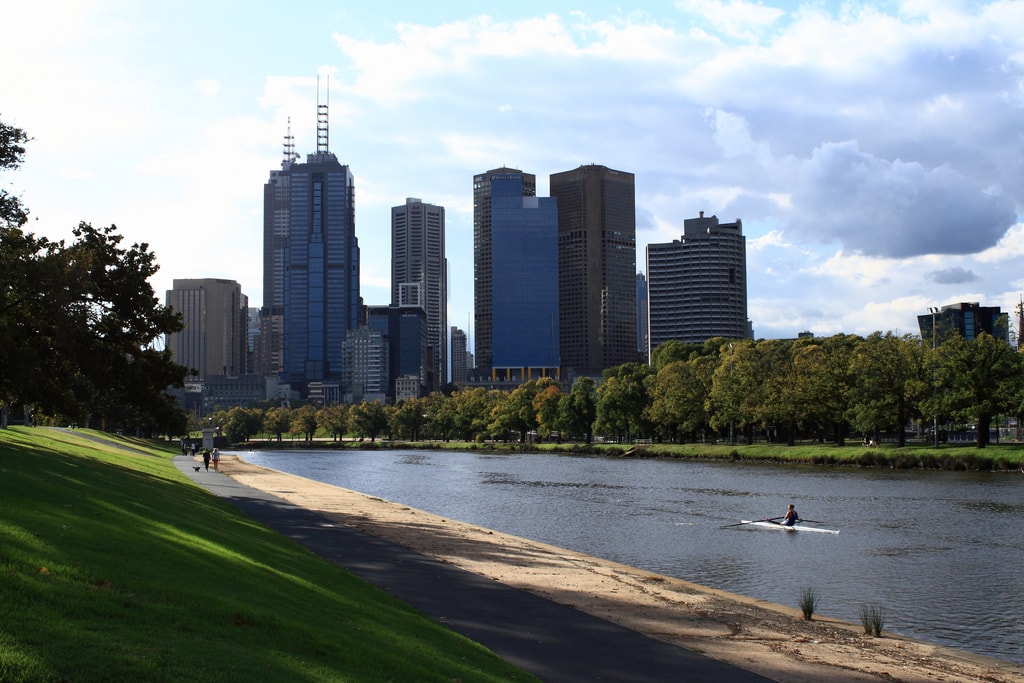