Victoria is home to many impressive art galleries, but did you know that the entire state holds a permanent exhibition of public sculptures that are free for everyone to enjoy? Throughout the streets, on lawns and down highways, sculptures, including Architectural Fragment, Ophelia, Larry La Trobe and Hotel, pose intrigue and provide whimsical urban companionship. These are ten of the most recognisable and most fascinating sculptures in the area.

Outside the State Library of Victoria, the corner of a seemingly colossal monument protrudes from the sidewalk. Unveiled in 1993, the sunken sculpture by Petrus Spronk mirrors the neoclassical style of the State Library and alludes to the buried past of Western civilisation while hinting at society’s impending downfall. Made from bluestone, Architectural Fragment was commissioned as part of the Swanston Walk Public Art Project. 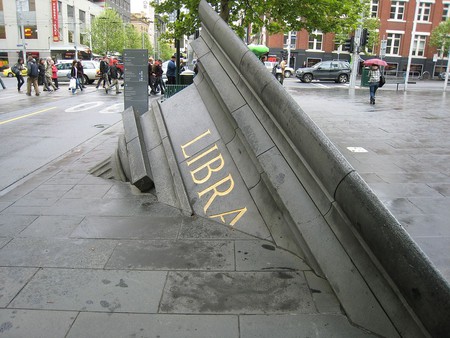 In 1994, Simon Perry responded to the City of Melbourne’s call for ‘unique and distinctive forms of street seating’ with Public Purse. Created using calca red granite and stainless-steel, Perry fashioned the purse while taking into consideration its commercial location on Bourke Street. Looking somewhat like a clamshell, Public Purse exemplifies the impact that a sculpture can have when installed in a complementary location. 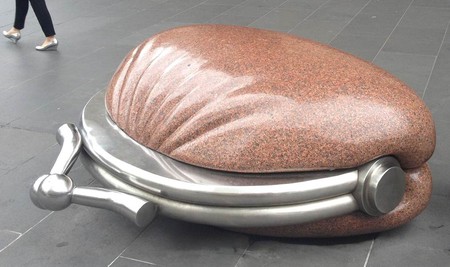 In Aboriginal mythology, the Bunjil is a creator deity and cultural hero and is regarded as one of two moiety ancestors in Victoria’s Kulin nation. In honour of the Dreamtime eaglehawk, artist Bruce Armstrong created a 25-metre-tall Bunjil sculpture in 2002 that has been watching down on Melbournians from its perch in the Docklands ever since. 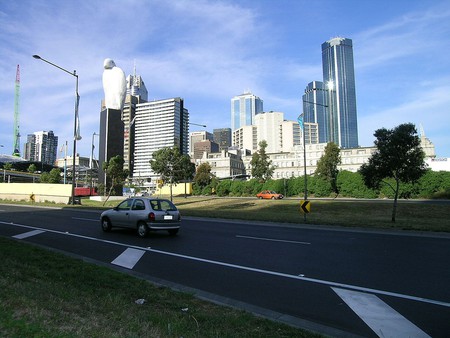 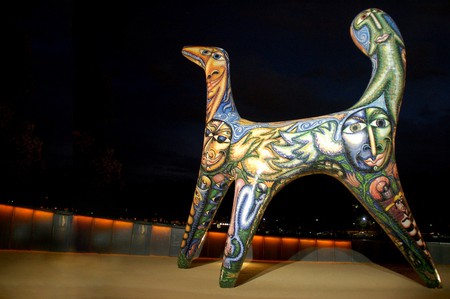 Cousin to Angel, Deborah Halpern’s Ophelia has been a prominent part of Southbank since 1992 and was named ‘the face of Melbourne’ by Tourism Victoria in 1996. Ophelia was inspired by the character in Hamlet and the entangled emotions of love and sadness. Having since been restored and moved to a new location on Southgate, Ophelia will continue to stare at visitors for years to come. 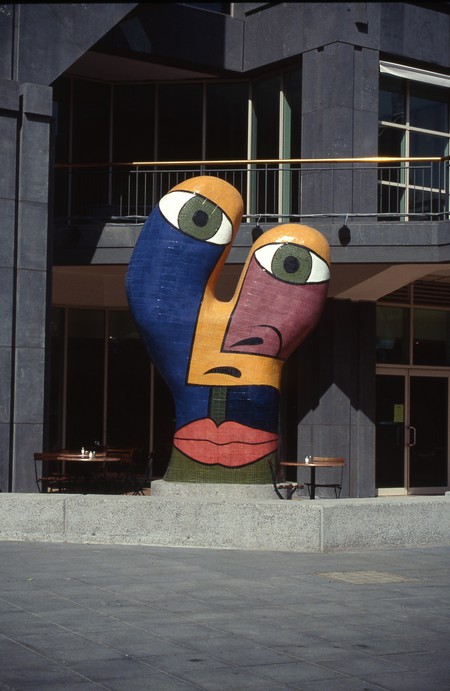 Three Businessmen Who Brought Their Own Lunch: Batman, Swanston and Hoddle

Commissioned in 1993 by the Swanston Street Art Works Program, and a gift from the Republic of Nauru, Three Businessmen Who Brought Their Own Lunch is a life-size, bronze sculpture depicting the three founders of Melbourne. Upon returning to the city with their lunchboxes in hand, Batman, Swanston and Hoddle find themselves surrounded by consumerism. The sculpture was created by Alison Weaver and Paul Quinn. 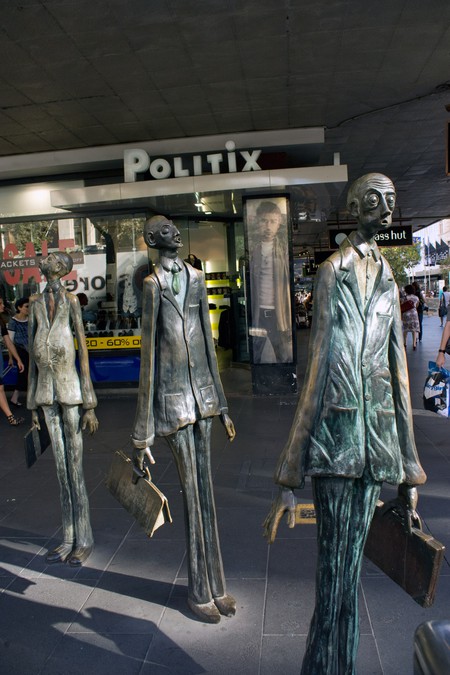 Three Businessmen Who Brought Their Own Lunch, Alison Weaver and Paul Quinn | © Rexness/Flickr

Forward Surge, by celebrated German-born Australian sculptor Inge King, was labelled by the National Trust as her ‘most monumental work of art, and probably most significant’. Commissioned in 1974 by the Victorian Arts Centre, Forward Surge was completed in 1976 and installed in its current location at the Melbourne Arts Centre in 1981. The sculpture was made with 50-millimetre mild steel and stands 5.2 metres tall. 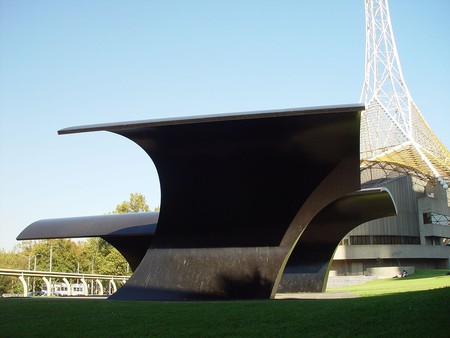 Unveiled in 1997, The Guardians are a pair of sculptures at Southgate created by Simon Rigg. Formed using Italian statuary marble and ceramic tiles, the sculptures depict the four elements, with the smaller of the two featuring a women’s face looking through the hole of the larger artwork. Impossible to miss for anyone who walks along Southgate, these statues are thought-provoking and aesthetically beautiful. 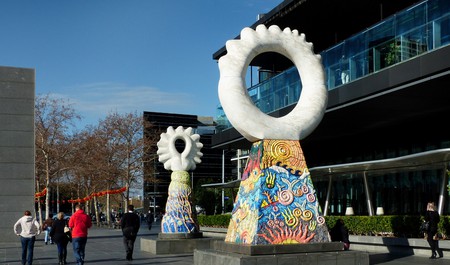 One of many sculptures along EastLink, Callum Morton’s Hotel is an unwelcoming, Lego-looking lodging which never has and never will accommodate guests. The 20-metre-tall steel structure can be seen as travellers head to and from the Mornington Peninsula, but don’t pull over as this isolated hotel is actually a piece of art that appears out of place and curious. 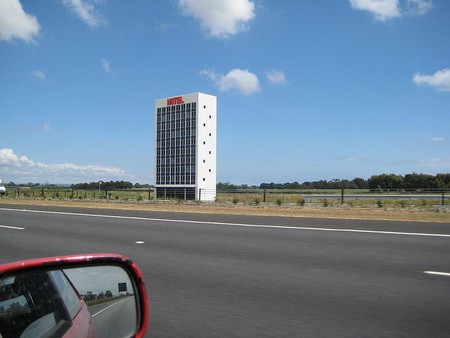 Commissioned by Melbourne City Council, Pamela Irving based this larrikin pooch on her dog, Lucy. Naming it Larry, after her uncle, the cast bronze statue was installed in Melbourne City Square in 1992; however, the original was stolen in 1995, and a replica now stands in its place. The sculpture is beloved in Melbourne and is one of the city’s most photographed statues. 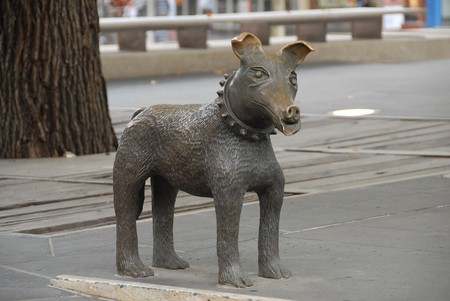