The Best Places to Stop Off on Australia's Great Ocean Road

https://commons.wikimedia.org/wiki/File:2009-0825-GreatOceanRoadsign.jpg
Opened in 1932 as a memorial to honour soldiers killed during WWI, the Great Ocean Road is a 234 kilometers stretch of asphalt between Torquay and Allansford. The southwestern highway winds along rugged cliffs, lush rainforests and sleepy seaside towns, making it the ultimate Australian road trip. Take a few days off and explore the Great Ocean Road.

The official starting point of The Great Ocean Road is Torquay, Australia’s premier surf destination. Since 1962, Bells Beach has hosted the world’s longest continuously running surfing competition – The Rip Curl Pro, while other beaches including Jan Juc are also popular. After you’ve hit the waves, visit Australia’s National Surfing Museum which celebrates the country’s surfing heritage through exhibitions and memorabilia. 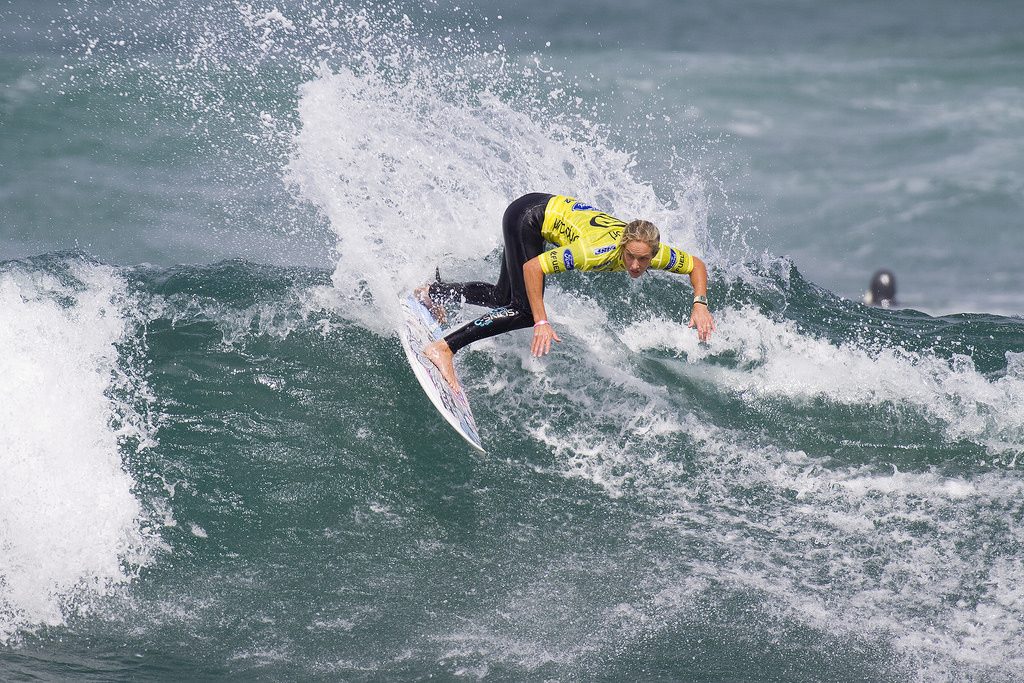 Located between Anglesea and Lorne, Aireys Inlet is a quaint seaside town with a star attraction. Split Point Lighthouse was built in 1891 and was used in external scenes of the popular Australian television show Round the Twist. Today, there are guided tours where you can climb the original staircase to the balcony as well as specialised Round the Twist tours in the school holidays. 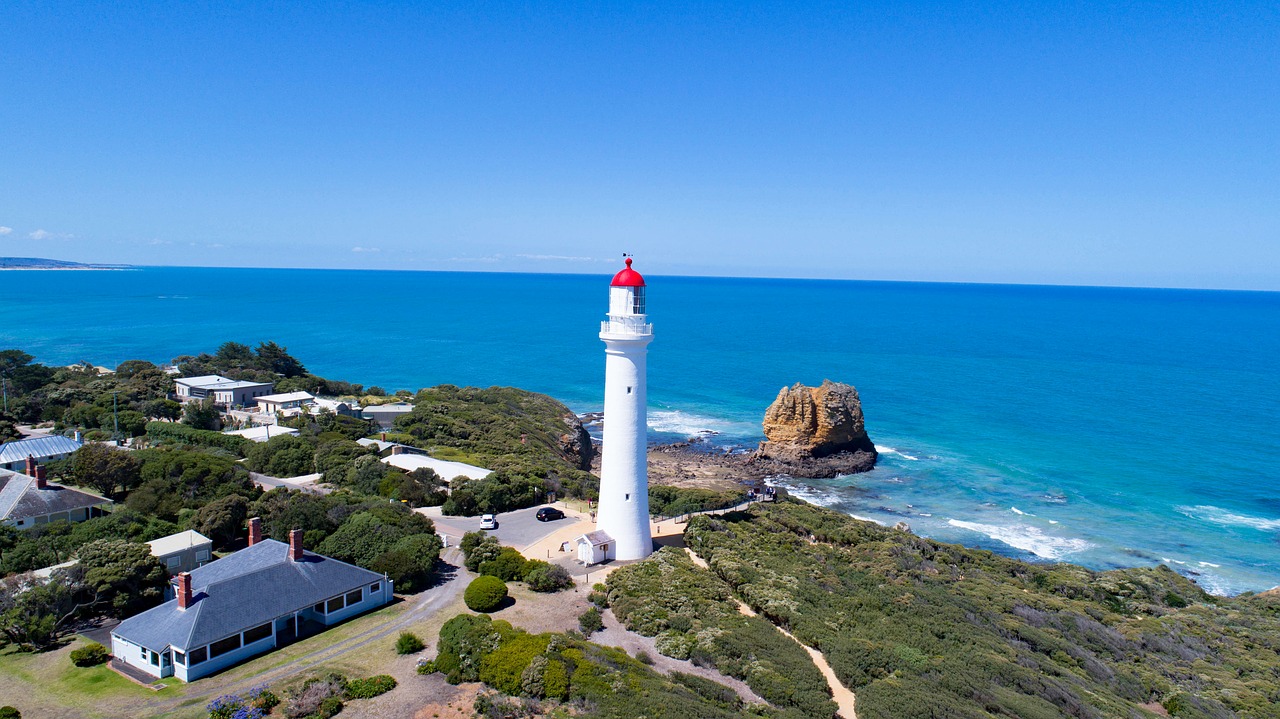 As you make your way towards Apollo Bay, make a brief stop at Kennett River, which is home to numerous Koala colonies. These cuddly creatures spend up to 19 hours of the day asleep, making them hard to spot, but keep a keen eye out on Grey River Road around Kafe Koala and you may just see one munching on eucalyptus leaves. 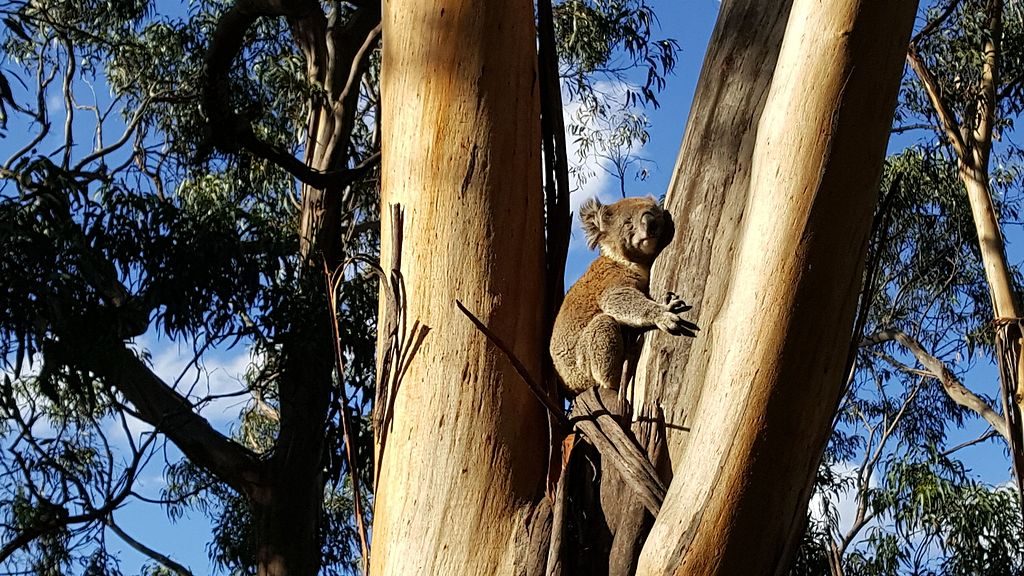 While there’s much to do in Apollo Bay, detour inland for an enchanting adventure in the Otway Ranges. This enormous national park covers 103,185 hectares and features majestic rainforests, picturesque beaches and grand waterfalls. Otway Fly enables you to explore the area among the treetops through a 600 meter-long, 25 meter-high elevated walkway. Those looking for an adrenaline rush can soar through the canopy with the Otway Fly Zipline Tour. 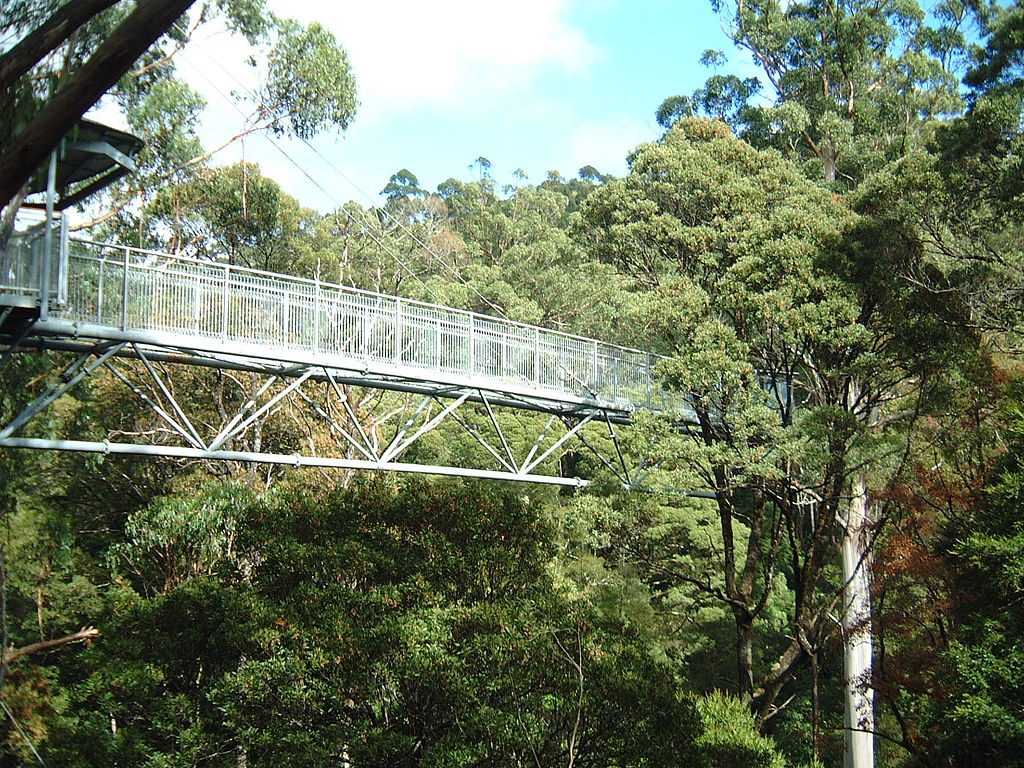 Attracting over 1.2 million visitors annually, The Twelve Apostles is arguably the number one must-see sight on the Great Ocean Road. The collection of windswept limestone stacks was formed by erosion over millions of years. Today, there are only eight left standing, and they are best viewed at dawn or dusk when the coastline is bathed in pastel light. The lookout and walkways are open 365 days a year and you may even see penguins as they scurry into the ocean. 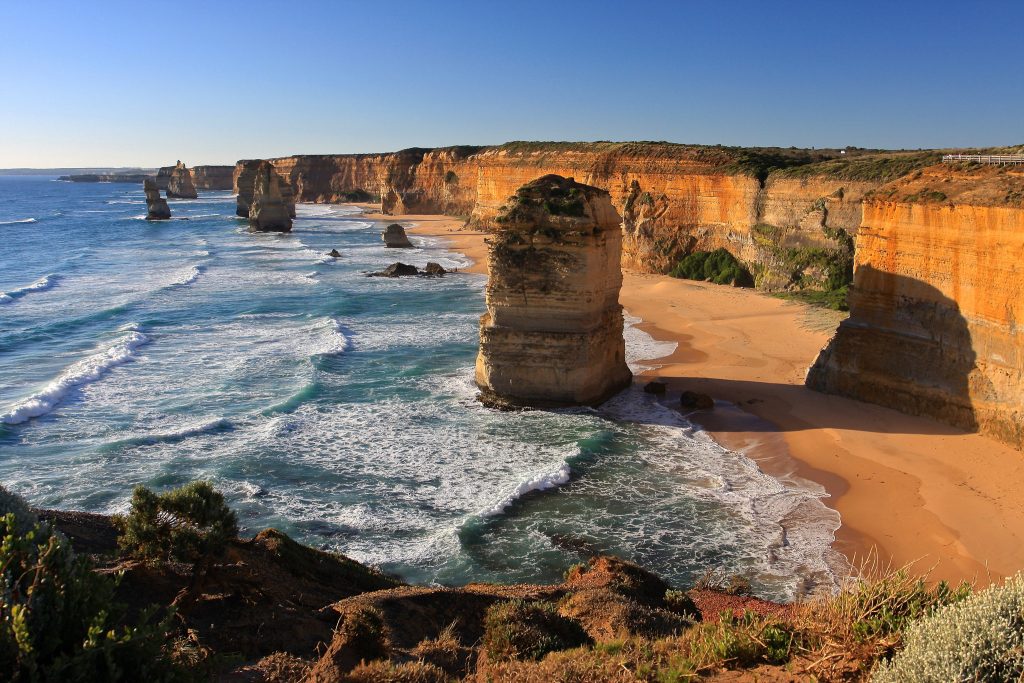 Three minutes west of the Twelve Apostles is the dramatic Loch Ard Gorge, named after the ship Loch Ard which tragically ran aground in 1878. Follow the trails to the Loch Ard Wreck Lookout and Mutton Bird Island Lookout for spectacular vistas. Nearby, there are two limestone stacks named after the shipwreck’s only survivors, Eva Carmichael and crewmate Thomas Pearce. The Port Campbell Visitor Information holds a display of recovered artifacts from Loch Ard and other shipwrecks in the area. 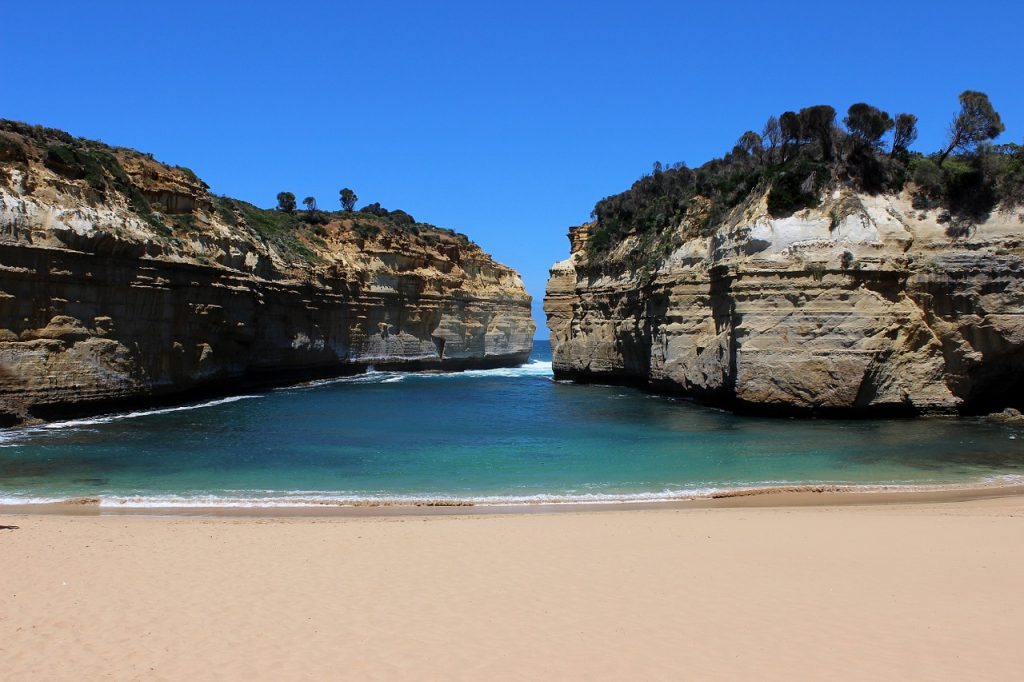 Formerly known as London Bridge until the section closest to the mainland collapsed in 1990, London Arch is one of Victoria’s most popular natural wonders. Prior to the collapse, visitors could walk across the bridge. In fact, two tourists were stranded on the furthermost point when the bridge collapsed. Nowadays, there are two viewing platforms and there are opportunities to observe little penguins. 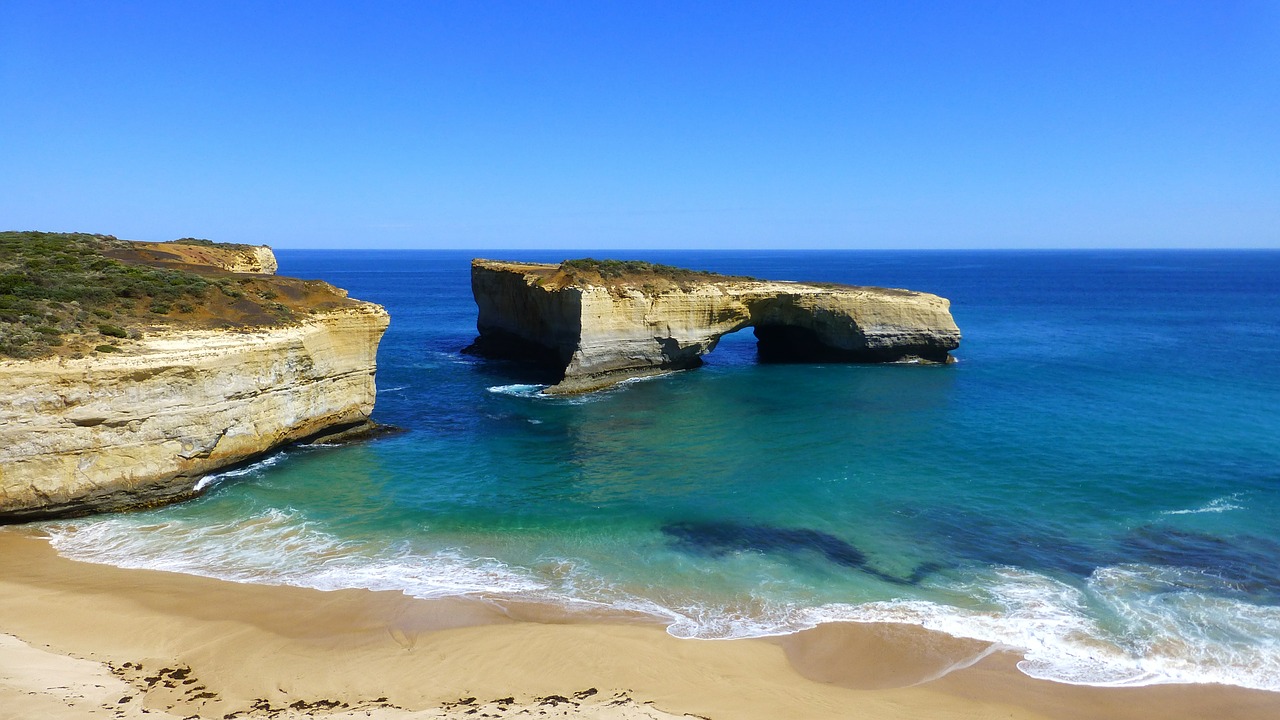 From the London Arch, drive a minute west to see the Grotto, a cavity which is the most overlooked and underrated of all the natural attractions along the coast. The sinkhole can be seen by two viewing platforms, the first is easily accessible, while the second is reached following a steep decline. As you gaze through the void, a fine mist falls as the ocean surges and the rock pools fill with water. 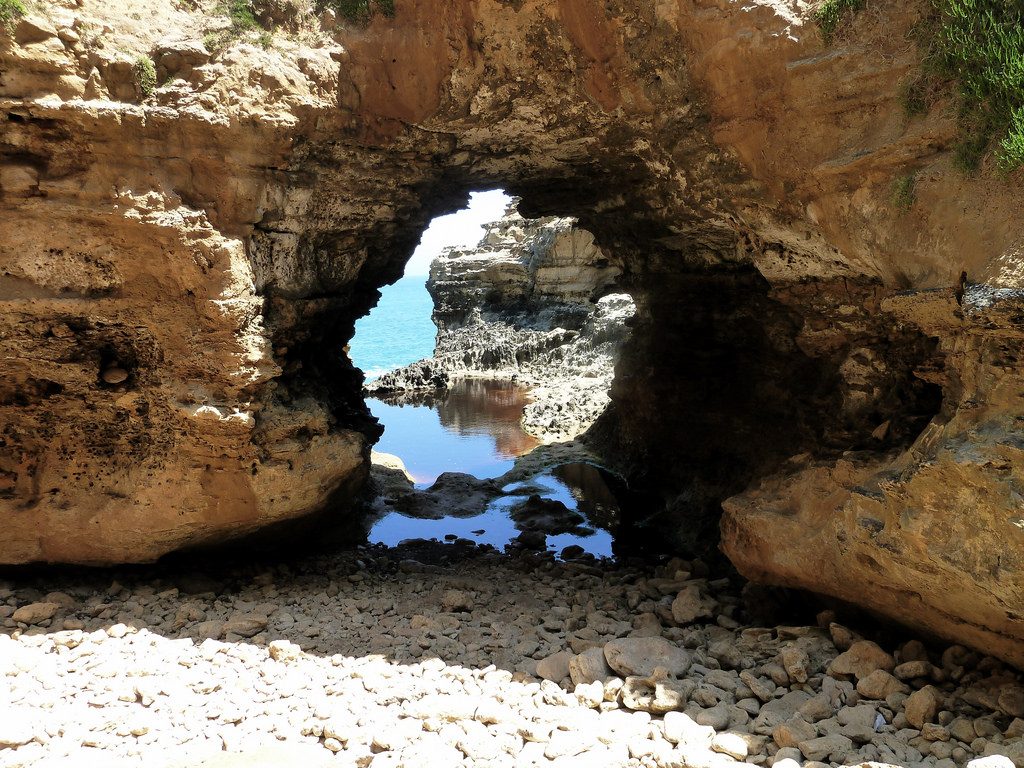 Located at the western tail end of The Great Ocean Road, Warrnambool is a historic city that has urban facilities while maintaining a small town feeling. In the summer, Warrnambool attracts surfers, but the city’s real draw is whale watching. From June until September, southern right whales visit the area to give birth. If you’re one to get sea sick, just visit Logan’s Beach which overlooks the whale nursery where the calves are raised. 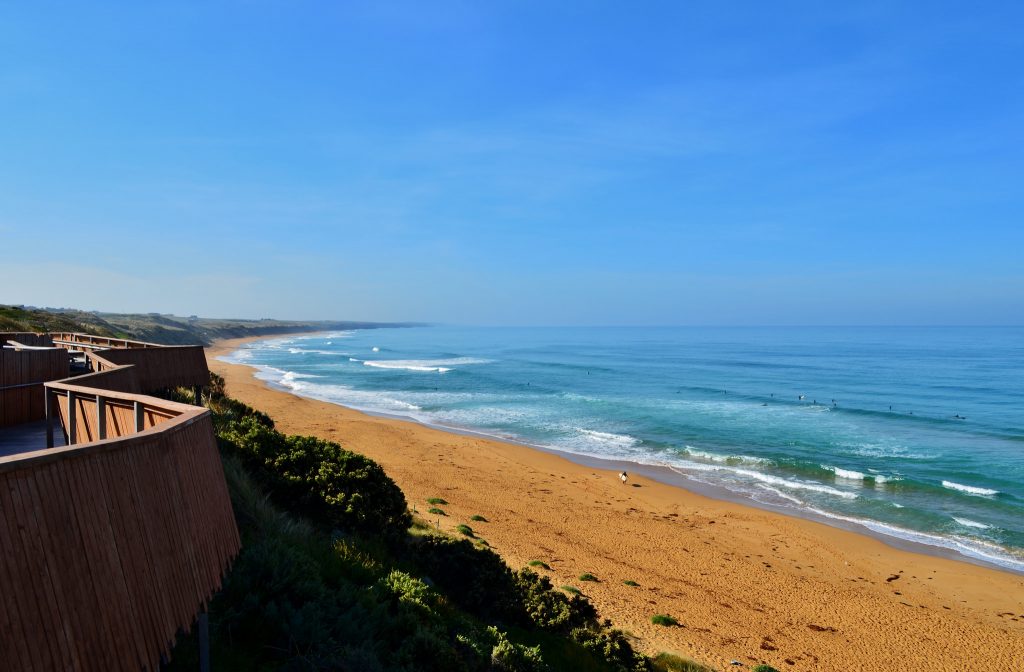