The Best Nightclubs in Melbourne's CBD 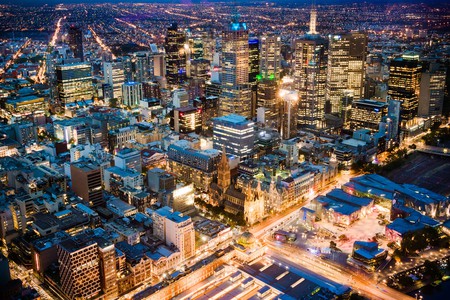 Melbourne is famous for its nightlife | © Oliver_Koch / Getty Images

As Australia’s capital of culture, Melbourne has plenty to offer in terms of music, art, food, drink and sport. Culture Trip speaks to Melbourne nightlife mogul Maz Salt to get his picks of the best nightclubs in the city centre.

Hospitality heavyweight Maz Salt lived in Sydney, Istanbul and Glasgow before building his nightlife empire in Melbourne, so it’s fair to say he knows a thing or two about drinking culture around the world.

“Each city is unique and each venue around the world is a microcosm of the community and the society it operates in,” Salt tells Culture Trip. “A night out in Melbourne is undeniably about the music and the hospitality and the party. Other cities have different agendas to push. Sydney certainly is a lot more sanitised and corporate than Victoria.”

Salt helms the Office of Public Works, which operates Radar, Section 8, Ferdydurke and Globe Alley in the Melbourne CBD alone. The Victorian capital is often crowned Australia’s capital of culture for its vibrant art, music, food, drink and sporting scenes, but the city’s lively after-dark ecosystem is easily overlooked. 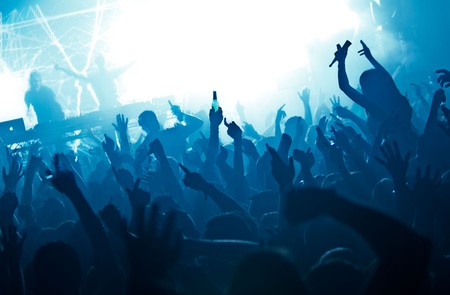 “Nightlife is an equal, if often ignored, part of the cultural landscape of every big city,” Salt explains. “Everyone that works in the food, music and art scene will be in a bar or a nightclub through the week, and at its best, all three of those can be shared between different communities.”

So where does Salt head for an after-work tipple and tunes until late? Try these 10 night spots around Melbourne’s city centre.

Radar has resurrected the upstairs Swanston Street venue that veteran club Lounge occupied for 29 years until 2019. Maz Salt and his team continued Lounge’s legacy by retaining the iconic balcony and bar, but the rest of the venue has enjoyed a serious facelift, with new polished concrete floors, a century-old table repurposed into the DJ booth, and a brilliant light installation to suit the electronic music.“The opportunity to protect the venue as a music space was too good to pass up,” the owner says. “We have slowly started to change the interior layout as we feel our way through what our clientele and programmers want. We have installed a custom-built Funktion-One speaker system along with a state-of-the-art lighting system designed by our good friends at John Fish. We have already hosted some pretty amazing parties and performers, and we’re only just getting started.”

Salt is succinct in his description of this much-loved and uniquely Melbourne venue: “A legendary bar in a car park made from shipping containers”. Section 8 began life as a pop-up bar way back in 2006, and hasn’t budged from its Chinatown hidey-hole ever since. Found down Tattersalls Lane off Lonsdale Street, Section 8’s charm is its enduring lack of pretension. The bar is a sliced-open shipping container, the seating is old wooden palettes, the decor is the street art slathered on the walls, and the epic dance parties are always free. 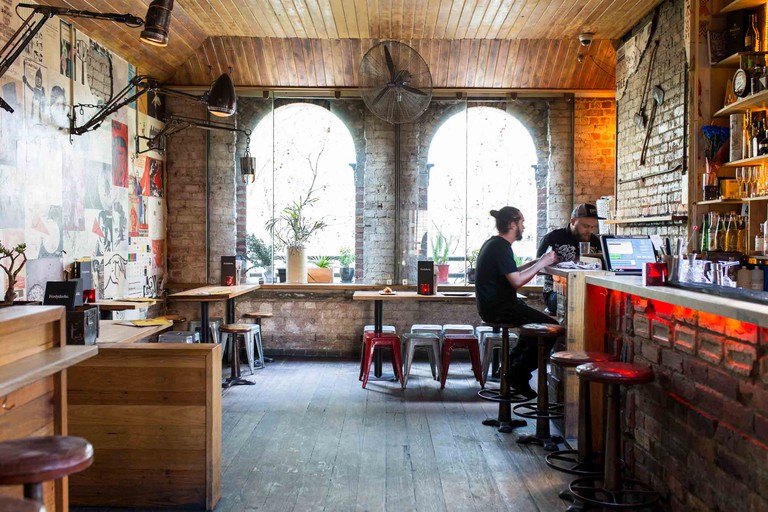 When the weather’s rainy (let’s face it, this is Melbourne), scurry inside to Section 8’s sister venue on the other side of Stevenson Lane. “It’s a rocking little bar with great booze,” Salt explains. “A loft cocktail bar open ’til 3am from the same people as Section 8.” Perched up two flights of stairs in a grungy-chic loft that feels like a slice of New York City, Ferdydurke delivers classic cocktails, American-style food from Globe Alley down the block, and house, funk and hip-hop tunes from the elevated DJ booth until late on weekends. 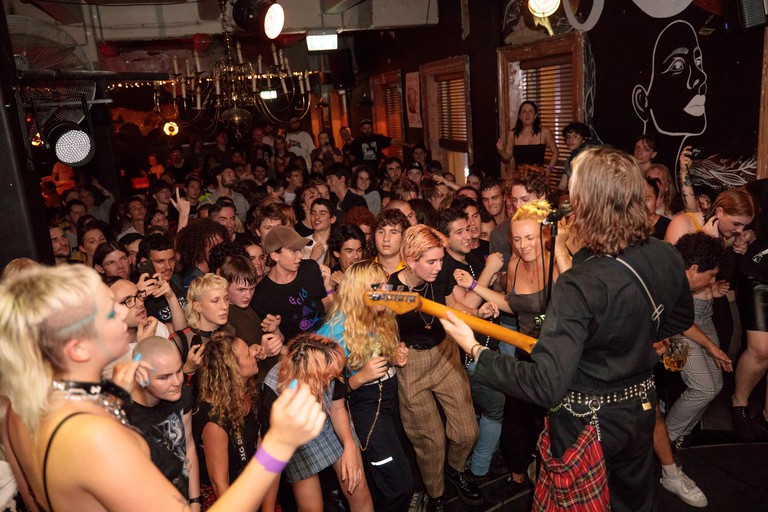 This self-styled dive bar is just as refreshingly rustic and unassuming as the other CBD watering holes in the Office of the Public Works stable. Maz Salt does make one boast, though. “Best burgers in Melbourne,” he insists. “Plus live punk rock and hip hop.” Located off Little Bourke Street in the laneway that gives the place its name, Globe Alley prides itself on free pool, dollar wings, cheap pints, quality burgers (including three mouth-watering vegan options) and live bands that strip the paint off the walls until well after midnight every night they’re open.

Supplying the canvas for Hosier Lane’s kaleidoscope of street art just off Flinders Street, the Forum was Australia’s largest theatre when it opened in 1929, and remains one of the country’s premier live music venues today. This neo-Gothic landmark regularly throws club nights and dance parties, where big-name DJs pack out the 2000-person space to capacity. “There’s a wide variety of touring acts in an amazing theatre,” Salt says.

This up-late all-rounder bills itself as a beer hall, an eating house and a disco crammed into one floor of Swanston Street’s Curtin House. “Amazing Thai food, wine selection and DJ’s ’til late,” Salt says. Below a backdrop of murals on its eye-catching walls, Cookie offers 200 beers from across the planet, a 70-page wine list, and a quirky cocktail menu that’s just as head-spinning. Try the Game of Thrones-inspired Bend the Knee, infused with grape, blood orange, honey, violet and butterfly pea flower, as the bar buzzes until 3am.

New Guernica replaced Club F4 on Little Collins Street in 2010 and has been an after-dark stalwart ever since. The various whimsical rooms can feel like a trip down the rabbit hole – especially after indulging in one too many $10 (£5) cocktails before 10pm – and a world-class roster of local and international DJs spin dance tracks until 5am on Thursday, Friday and Saturday nights. “It’s a long stayer in the industry and has some great nights,” Salt says. The door policy can be strict when DJs play ticketed sets.

170 Russell Street is a famous address in Australian music history, witnessing acts from AC/DC to Tina Turner over the past half-century. Opening as the Lido Theatre in 1965, the venue became the Billboard Nightclub before changing the name to its Chinatown address in 2017. Today, 170 Russell welcomes high-profile DJs to its 900-capacity theatre, which features three huge bars, pulsing speakers and clear sight lines of the stage from anywhere in the room. “Bigger gigs and great bookings,” Salt says.