The Best Museums in Adelaide, Australia

Art Gallery of South Australia | © Kajinoz/Wikimedia Commons
The city of Adelaide is home to a thriving cultural scene, and nowhere is this more evident than its diverse array of world-class museums. From converted warehouses to modern exhibition spaces, check out the top nine museums you can visit in Adelaide, South Australia.

The Art Gallery of South Australia is home to a collection of more than 40,000 paintings, sculptures, prints, sketches, photographs, textiles and design masterpieces sourced from every corner of the planet, attracting 780,000 visitors per year. Founded in 1881, this gallery isn’t just the state’s premier collection of art, it’s also one of the most gorgeous buildings on Adelaide’s leafy cultural boulevard — North Terrace — perched right next door to the University of Adelaide. 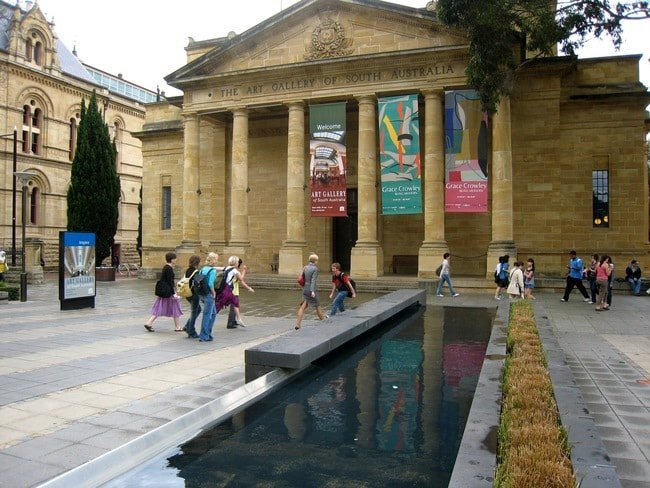 The South Australian Museum — the Art Gallery of South Australia’s next-door neighbour — is home to the largest collection of Aboriginal Australian artefacts anywhere on earth, housed in the Australian Aboriginal Cultures Gallery. This natural history museum has five floors of displays to explore, including rare fossils of a six-metre long snake and a giant leaf-eating kangaroo. 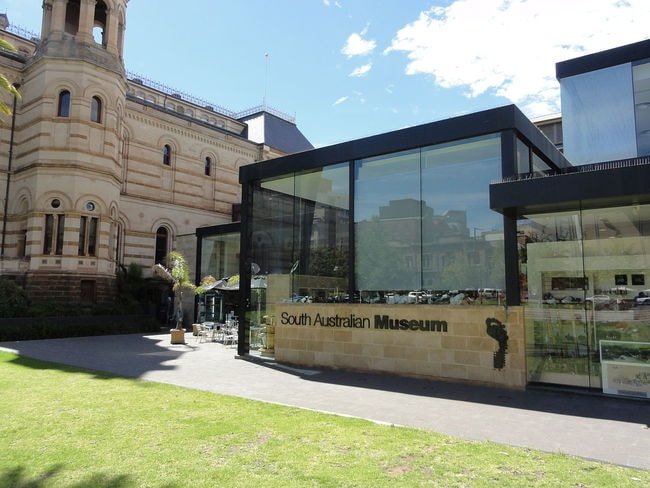 Library
Another one of North Terrace’s clutch of beautiful stone structures, the State Library pledges to “keep the memories of the state alive”. The idea of the institution was formed just a fortnight after the colony of South Australia came into being in the 1830s, and is still going strong nearly two centuries later as the largest public research library in the state, with a focus on South Australian research and reference material.
More Info
Open In Google Maps
Kintore Avenue, Adelaide, South Australia, 5000, Australia
+61882077250
View menu
Visit website
Visit Facebook page
Send an Email
Give us feedback

Museum
Located in an early colonial bluestone building behind the State Library of South Australia, this museum used to house a destitute asylum as well as a school for Indigenous children. These days it’s a social history museum tracing the immigration and settlement history of South Australia, telling the stories of the state’s migrant communities to promote multiculturalism and diversity.
More Info
Open In Google Maps
82 Kintore Avenue, Adelaide, South Australia, 5000, Australia
+61882077580
View menu
Visit website
Visit Facebook page
Send an Email
Give us feedback

These purpose-built studios train aspiring artists and designers in the fields of ceramics, glass, furniture, jewellery and metalwork, and the exhibition and retail space showcases some of the best contemporary craft and design anywhere in Australia. The government-funded organisation has a gallery on Morphett St just off North Terrace in the middle of town, as well as Seppeltsfield in the Barossa Valley.

Museum
Ayers House | © Bahudhara/Wikimedia Commons
Adelaide’s finest Victorian home is open to the public six days a week, the last surviving mansion of the era on the southern side of North Terrace. Enjoy a glimpse of what life looked like for an upper-class family in the 19th Century by walking through the former house of Sir Henry Ayers, the premier of South Australia a record five times between 1863 and 1873.
More Info
Open In Google Maps
288 North Terrace, Adelaide, South Australia, 5000, Australia
+61882231234
View menu
Visit website
Visit Facebook page
Send an Email
Give us feedback

Tandanya — a Kaurna word meaning ‘place of the red kangaroo’ — is the oldest Aboriginal-owned and operated arts centre, with almost three decades under its belt. Located on Grenfell St in the East End of the city, the museum is an interactive arts space that promotes the art and story-telling of Australia’s First Peoples.