The Best Indigenous Singers and Bands in Australia 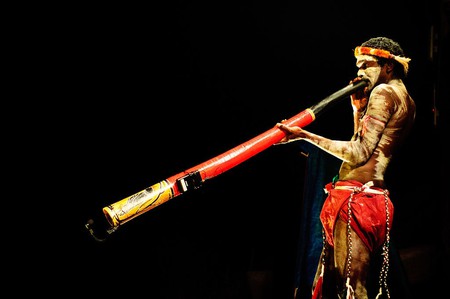 From rock to hip hop, female leads to large ensembles, beats are bouncing off the continent of Australia. Whilst artists are finding their way across the nation and saturating Europe and The United States, it seems that the Aussie music scene is more electric than ever – most apparent in the wealth of Indigenous musicians and bands ruling the circuit right now. Here are the top Indigenous acts making waves.

Emily Wurramara is an indigenous Australian indie-pop and roots artist who shot to fame with her 2016 six-song EP, ‘Black Smoke‘. Rooted in her personal history and indigenous heritage, Wurramara’s songwriting is beautiful and visceral, leading listeners to a place of tactility; her vocals layered, soft and encircling. Singing in both English and Anindilyakwa (the traditional language of her home on Groote Eylandt, Northern Territory), Wurramara is a prime example of contemporary indigenous Australian music at its finest.

Yothu Yindi were a classic Australian ensemble who represented both Indigenous and Western music scenes since their humble beginnings in 1985 (active until 2013). Formed from a collaboration between an Indigenous and a non-indigenous band, Youth Yindi fused music cultures inherent to both groups, including musical styles to instruments, making them one of Australia’s most popular and accessible Indigenous groups.

Aussie indigenous rock bank The Medics are one of Australia’s leading forces on the music scene right now. Their mission is to increase social awareness, cultural history and connection with Aboriginal and Torres Strait Islander people through their music. With a powerful undercurrent of lyrics and rhythm, The Medics have garnered themselves a stack of awards including ‘Best New Talent’ at the Rolling Stone awardsin 2013 and ‘Band of the Year’ in 2010 at the Deadly awards.

Indigenous vocal group, Warumpi Band are one of Australia’s most loved Aboriginal rock ensembles. Formed (1980–1987, 1995–2000 ) in the outback settlement of Papunya in the Northern Territory, Warumpi Band became synonymous with the Aboriginal country music scene. Touring the continent, the band drew influences from American R&B and funk whilst drawing attention to Aboriginal rights and concerns.

Still hot from the oven, the recently graduated Kuren is a 19-year-old Australian artist from a small town in New South Wales. Representing Indigenous artists on the electronic music scene, he draws from influences such as Flume and has recently collaborated with NYC-based singer Ben Alessi as well as fellow Indigenous artist Denni. His beats are groovy and ever so slightly addictive; no surprise he’s been tipped as a Triple J’s (Australia’s trendiest music broadcaster) ‘Unearthed Feature Artist‘.

Hip hop duo, A. B. Original – standing for Always Black, Original – is made up of Adam Briggs (aka Briggs) and Daniel Rankine (aka Trials). As members of the Indigenous communities, much of their music is fresh, hard-hitting, brash and bold whilst spotlighting Indigenous welfare and political subjects which intentionally strive to evoke emotion from listeners.

DENNI is the stunning collaboration between Indigenous Denni Proctor and Jamin Pariyar. Lifting listeners to places of heightened emotion, DENNI‘s electronic-acoustic fusion is both beautifully mesmerising and melancholic. Rooted in heritage, human rights and story-telling, the duo have been making waves, playing gigs around the country, collaborating with local artists and regularly being featured on Triple J’s ‘Unearthed’ series.

Chosen as Queens of the Stone Age’s (QOTSA) support act for Splendour in the Grass 2017, this bush-punk indigenous band have swiftly stepped into the spotlight. Amusingly, Lonely Boys admit they had never even heard of QOTSA until after they had been selected, not that deterred the American rock band or the millions of listeners tuning in. Since, they’ve been wooing the Aussie and international music scene with their playful, vibrant, dance-floor-ready beats.