The Best Hotels and Places to Stay in Mudgee, New South Wales 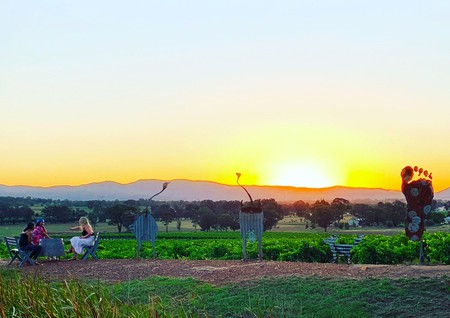 Whether you're in town for a delectable Shiraz or breaking away from the big city vibes of nearby Sydney, you'll find a great stay in Mudgee | Courtesy of Lewis Street Apartments by Kristen / Expedia

Just as they did when gold was discovered in the 1850s, people are still rushing to Mudgee – a short flight from Sydney – or a stunning three-hour drive from the city over the Blue Mountains. Nowadays, the treasure is more of the wining-and-dining kind, though. With a great range of holiday apartments, it’s easy to arrive, drop your bags and explore your choice of more than 40 nearby wineries. You’ll also be near the World Heritage-listed Wollemi National Park and the Mudgee Observatory for extraordinary stargazing. Bed down in one of our favourite places to stay in Mudgee, New South Wales – bookable on Culture Trip. 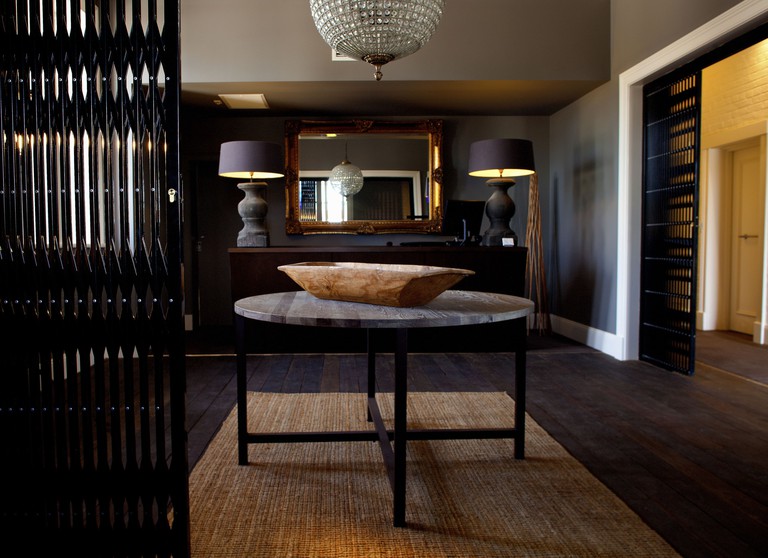 Courtesy of Perry Street Hotel / Expedia
Berlin-inspired design with gilt mirrors, dark timber floors and a glittering chandelier take this 1860s ex-Mechanics Institute out of the past and firmly into the present. There are just 13 suites here – all possessed of elegant period furniture with chic modern grey and burgundy walls, fabrics and bedding. Once you’ve checked in, check out the Mudgee Brewing Company, creating local craft beers – including their Mudgee Mud imperial stout or try their Mudgee Wheat cloudy beer and toast your choice of check-in.

Cobb and Co Court Hotel, for history in the heart of town 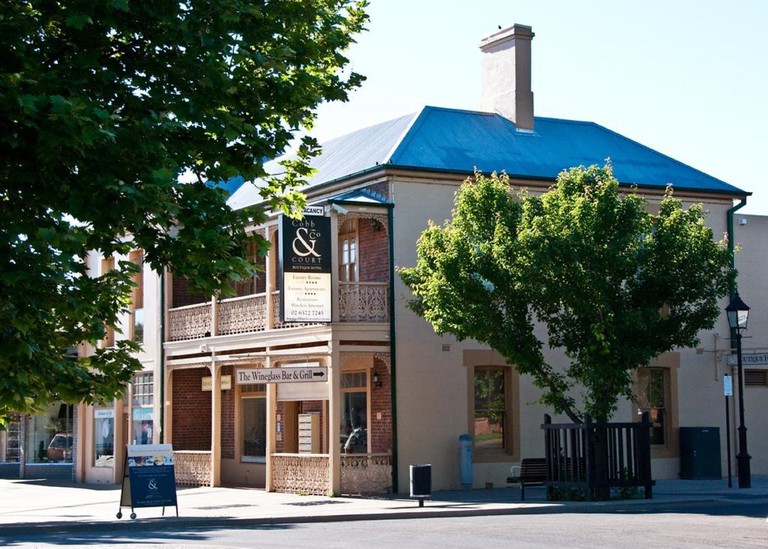 Courtesy of Cobb and Co Court Hotel / Expedia
It’s easy to imagine the clatter of hooves and creaking of coaches at this Gold Rush-era 1850s converted stables and hotel. The period design extends through each of the 14 rooms and two apartments. You’ll love the bathrooms with glorious vintage black and white tiling and brass fittings. Once you’ve polished off your welcome handmade Belgian chocolates, get your chops around a cheese platter with local wines delivered from the on-site restaurant – either on your balcony or in the central red brick courtyard.

Courtesy of Colonial Court Villas / Expedia
Colonial Court Villas present the perfect holiday apartment for longer stays, or when you’re travelling as a family. There are 12 accommodation options here ranging from one to three bedrooms, as well as a full four-bedroom home. Friendly hosts Keith and Frances will direct you to nearby World Heritage listed Wollemi National Park –be sure to get them to steer you to the local monthly farmer’s market. For stargazers, take a tour of the Mudgee Observatory where you can view the Milky Way through one of their powerful telescopes. 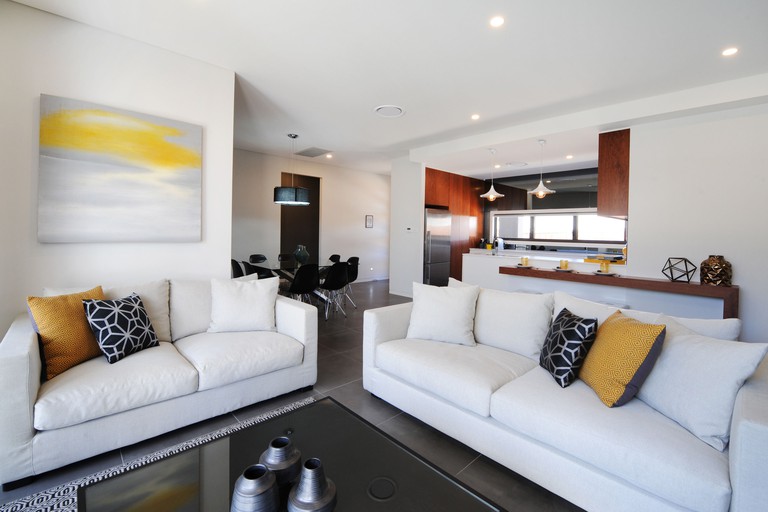 Courtesy of Kirsten Accommodation Mudgee/ Expedia
Once you arrive at these modern Mudgee holiday apartments, you can throw away your car keys – your new home away from home. Choose from apartments with either two or three large bedrooms, all with a full kitchen, furnished patio and BBQ facilities. Cook up a storm to impress family and friends – or if you prefer to dine out, Kelly’s Irish pub is just a short walk away. A rather tempting proposition indeed, thanks to the 10-hour-cooked beef brisket burgers served with pickles, beer braised mushrooms and cheese. 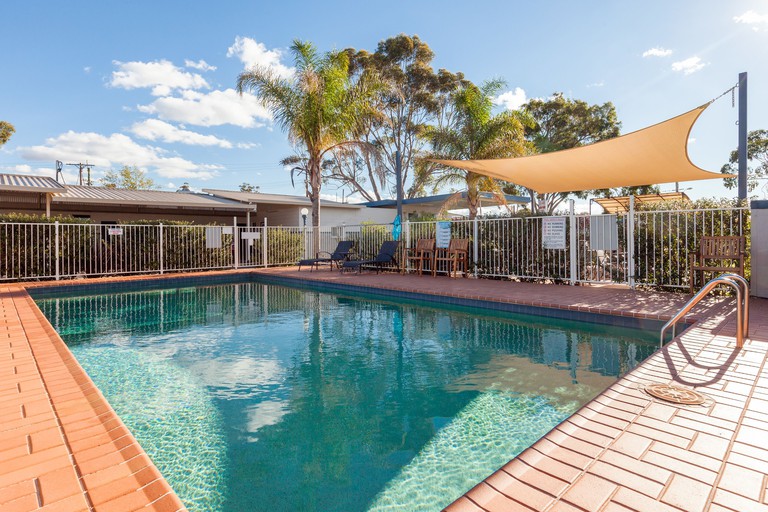 Courtesy of Comfort Inn Aden Mudgee / Expedia
Once you’ve dropped your bags, swam a lap in the pool and rested on the lounges under the shade sail, it’s time to freshen up back at your room – which are smart, businesslike spaces with bright cushions and bedspreads. Check out the Palate restaurant – which is right next door – and enjoy a casual bite to eat outside with a shaded dining balcony, beer keg tables and rustic timber furniture. Or, step it up to fine dining, explore dishes including chilli crab, sole meunière and honeycomb parfait. A great range of local craft beers and wines are yours for the sampling, too.

The Parkview Hotel Mudgee, for nearby wineries 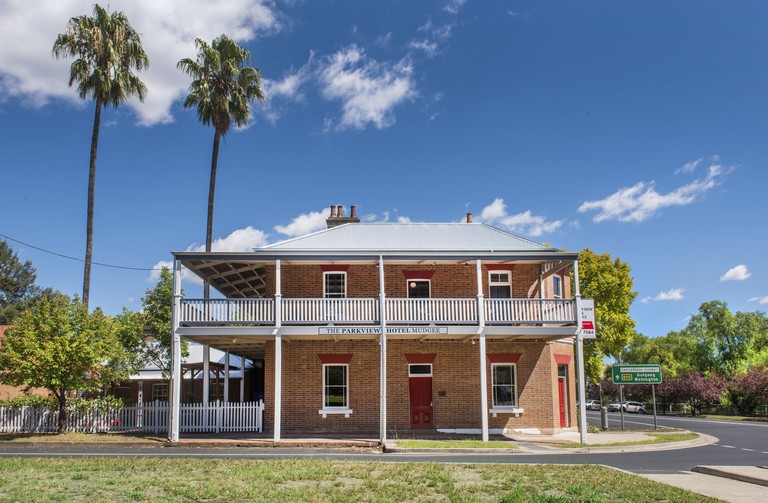 Courtesy of the Parkview Hotel Mudgee / Expedia
This iconic red brick colonial building – one of the first private homes built in Mudgee – was transformed into a luxury hotel in 2016 by hosts, Peter and Debbie. Comprising seven boutique suites across two levels, features include a wraparound first-floor verandah dotted with sumptuous cane furniture. Consider booking the king suite which has an eye-catching custom-built bamboo wall and will make you feel you’re in the tropics. Nearby is the Cellar by Gilbert winery where local winemakers Simon and Will are ready to steer you through a wine tasting masterclass.

Mudgee Apartments, for being in the heart of town 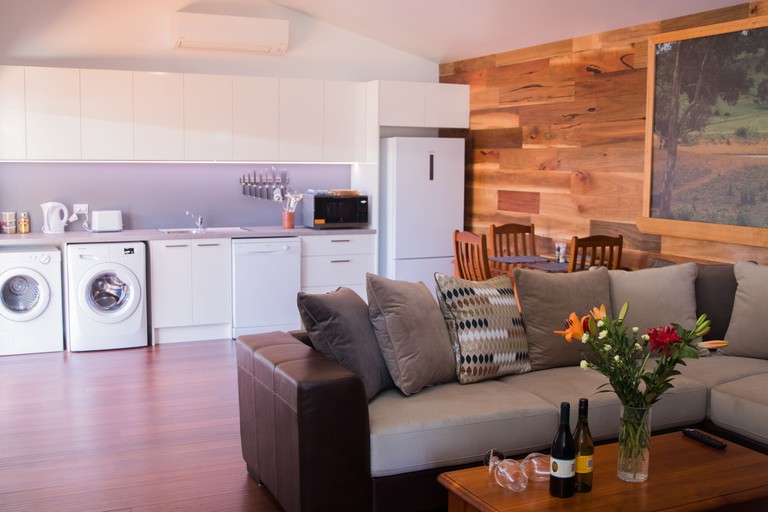 Courtesy of Mudgee Apartments on Horatio / Expedia
Mudgee Apartments majors in just that. Take your pick from two tip-top town locations: Horation Street, where they’ve got three places to stay and Church Street, where two apartments, upstairs and downstairs, sleep two apiece. The two streets intersect and whichever you choose, you’ll be in spick-and-span studio surrounds, a doable walk to the Lawson Park Hotel and its Red Heifer steakhouse – here, you have the option of cooking your own steak to exactly how you like it. Opposite the hotel is Lawson Park, named after Mudgee’s most famous son, poet Henry Lawson. Keep up the exercise with a walk along the pretty Cudgegong Creek or a lap or three of the local swimming pool, before returning to crash on your rather inviting bed.

Peppertree Terraces, for the easy life 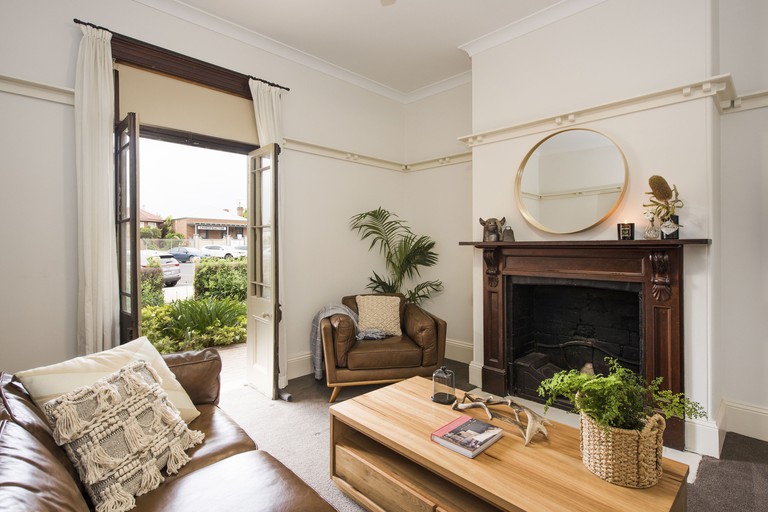 Courtesy of Peppertree Terraces/ Expedia
Mudgee is known for its community of artists and craftspeople, so you’ll enjoy sinking into Peppertree’s creased leather lounges dotted with artisan macrame cushions. Take post-travel time to absorb the dazzling Australian sunlight streaming through the French doors – these are open to the breezy balcony overlooking Mudgee, with views to nearby Mount Frome. By then, you’ll understand why these one and two-bedroom holiday apartments – centrally located in a classic two-story red brick building immaculately styled with full kitchen facilities – are the ultimate Mudgee stay.
Give us feedback