In Melbourne, Australia, the hot, sweet inner belly of a sugar coated donut beckons. The ‘Melbourner’, as affectionately termed by locals, has been around since the end of the Second World War. Here’s where to find it. 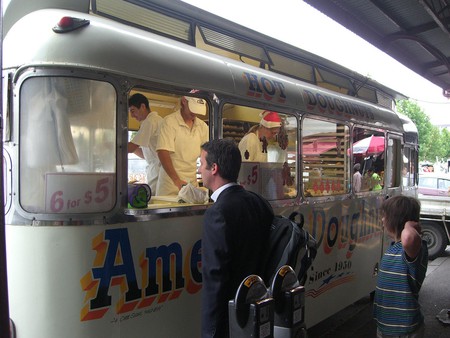 Bakery, Restaurant, Fast Food
Facebook
Email
Twitter
Pinterest
Copy link
Share
Map View
Originally named the German Donut Kitchen, choosing later to adopt ‘American’ to attract customers in the 1950s, the American Doughnut Kitchen is a popular attraction at the Queen Victoria Market each morning. The jam-filled aroma quickly spreads through the morning air as hundreds line up next to the vintage 1950s van. Freshly prepared batches of dough await their turn in the deep fryer before hot jam is shot into the core. American Doughnut Kitchen operates under the Queen Victoria Market trading hours, closing at 2pm on Tuesday and Thursday, 3pm on Saturday, and 4pm on Sunday. Don’t wait too long though, the best doughnuts (read: the fresh, hot ones that melt in your mouth) are soon snapped up by early morning visitors to the market. If you do not want to miss out, make sure you get there early.
Open In Google Maps
Queen Street, Melbourne, Victoria, 3000, Australia
+61420521507
Visit Website
Give us feedback

Locals have given Olympic Doughnuts many names, some born out of pride and some love. People from all over Melbourne talk excitedly about the ‘Footscray donuts’ and the ‘train station donuts’, both popular, alternative names for Olympic Doughnuts. These hot jam donuts are served out of a caravan housing just two people. While one prepares the donuts, Nick Tsiligiris, the proprietor of Olympic Doughnuts, stands with the famous dolphin-shaped jam shooter in his hand and gives the final touch, including a rich sugar coating. The caravan serves commuters, flowing in and out of the station, from 10am to 4pm, Monday to Saturday.

Bakery, Pastries, Australian
Facebook
Email
Twitter
Pinterest
Copy link
Share
Map View
The history of Dandee Donuts reaches back all the way to 1976 and the business has been family-owned and operated since. The dough is freshly prepared in the factory without additives or preservatives and to the original recipe. Once on site, the raw doughnuts are proved (meaning they are placed in a warm environment to activate the yeast in the dough and cause it to rise). Then they are cooked in the deep fryer. They’re then finished off with a generous dollop of locally sourced strawberry jam, squeezed right into the center of the doughnut. Voilá, you have yourself a product bursting with flavor. Dandee Donutsmainlytrade out of a semi-permanent kiosk at the Dandenong Market (in and of itself a place of heritage as Melbourne’s second-oldest and second-largest market). However, you can also look out for their van at Hallam and Berwick market.
Open In Google Maps
39 Clow Street, Dandenong, Victoria, 3175, Australia
+61490029696
Visit Website
Give us feedback 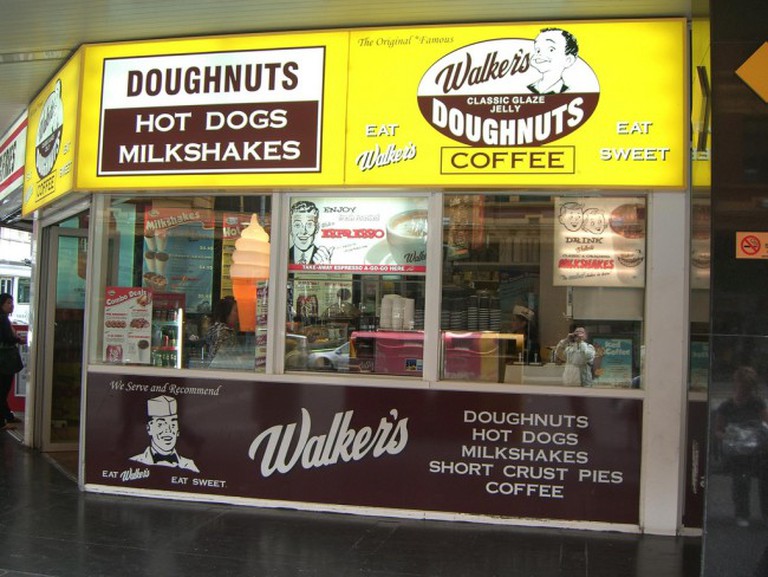 Walker's Doughnuts | © Alpha/Flickr
A region made famous for its beaches and glamour, St. Kilda also plays host to the Europa Cake Shop. Don’t let the name fool you — they are not just an excellent patisserie, but donut maestros as well. It’s easy to walk by and not realize that some of the best plum jam donuts in the city are served here. Started in 1982, Europa is famous for many of their offerings including the airy dough that is filled with jam tart and served hot to every customer. A plush coating of white glaze complements the sweetness of the jam, making every bite memorable. Europa is serving hot piping donuts every day from 9am to 11pm.
Open In Google Maps
81 Acland Street, St Kilda, Victoria, 3182, Australia
Visit Website
Give us feedback

The hot jam donuts served at Walker’s use a recipe that has been passed down through three generations. Located at the heart of Melbourne, it’s the first thing you see when you step out of the iconic Flinders Street station. The hot jam fills the dough right in front of your eyes, a marketing strategy sure to kill all your best made diet plans. The sugar glazing on top will urge you not to stop at just the one.