Most of the films directed by Baz Luhrmann have brought a rejuvenating post-modern theatrical consciousness to literary or cultural worlds traditionally enslaved by naturalism. Here’s your go-to guide to the Australian filmmaker’s spectacular creations. 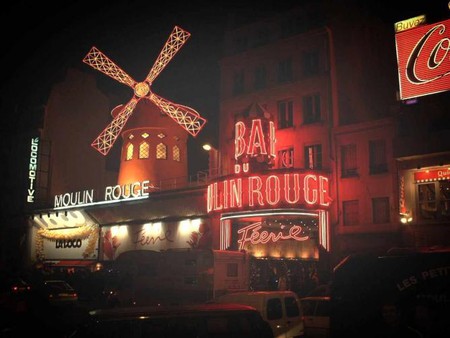 Luhrmann’s work infiltrates popular culture everywhere. He directed the 2014 Chanel No.5: The One That I Want advert, for example, and his song ‘Everybody’s Free to Wear Sunscreen’ is quoted regularly. Having kept his filmography relatively small for a director so popular, here is a little bit about each of his feature films.

The plot in Strictly Ballroom is familiar: a dancing pair unlikely to be matched end up performing non-conventional dancing steps together and win the love of the audience as well as falling for each other. Although the plot may be predictable, it is well executed and it paved the way for Luhrmann’s signature tropes such as thrilling music, energized editing and vibrant colours.

A film so groundbreaking and original for its time, Luhrmann’s retelling of William Shakespeare’s Romeo and Juliet pairs beautifully preserved prose with accessibility and a modern edge. Set in fair and hip Verona Beach, Luhrmann injects Shakespeare’s classic with a new lease of life whilst keeping true to the Bard’s greatest romantic tragedy. The film has a varied soundtrack, featuring energetic songs to bring the Capulets’ party to life, contrasted with soft classical tones of Craig Armstrong’s composition.

Where words fail, music speaks, and the melodies create a strongly moving cinema experience. With so many unforgettable scenes, from the “sword” fight at a petrol station to Mercutio’s sparkling, cross-dressing rendition of ‘Young Hearts Run Free’, and Leonardo DiCaprio and Claire Danes’ perfect chemistry in a swimming pool, Romeo + Juliet is a reinvented classic of its time.

Beginning with a heartbroken Ewan McGregor tapping on a typewriter, Luhrmann’s Moulin Rouge! sends each viewer on an emotional roller coaster, contrasting comedy elements and joyous musical singsongs with jealousy, frustration and painful loss. Taking the form of a play within a play told through the protagonist’s tear-filled eyes, Moulin Rouge! tells a tale of a flourishing love which has to be concealed.

Boasting an all-star, all-singing, all-dancing cast, the quick-paced performances in the Moulin Rouge are set against slower scenes of tragedy. With a catchy soundtrack layered with remixed background tracks and fully developed duets, Moulin Rouge! is unforgettable for its ‘Elephant Love Medley’ and its adaptation of Elton John’s ‘Your Song’. With a distinct cabaret Parisienne feel and bohemian heart, Luhrmann successfully combines all the elements of the treasures and struggles of heart break.

An expression of Luhrmann’s love for his home country, Australia shows great depth in discussing issues surrounding race and gender. Typical of Luhrmann’s style, this film begins with a light-hearted tone by playing on an intermingling of brash British and Australian stereotypes. A well-kept, upper-class woman and a cursing hunk who has kangaroo-shooting friends, grate on each other until they come together and fall in love.

Although Australia may not be as popular as Luhrmann’s other works, it contains many subtleties, and its portrayal of cruelty to Aboriginal Australians has been an extremely important breakthrough in Australian cinema. Much more than a romance, Australia contains grit, bravery, and a touching narration from the young boy Nullah.

Receiving a mixed bag of reviews after its long awaited release in 2013, The Great Gatsby has the potential of being a little like ‘Marmite‘ (‘Love it or hate it’) in receptive opinions. There were initial questions, such as whether Toby Maguire is the best Nick Carraway, or whether the broken man is telling his tale on a typewriter too much in Moulin Rouge! style and is a fabrication far away from the novel.

However, there being so many outstanding elements to this film, harsh criticism may stem from the difficulty of presenting a novel so iconic as F. Scott Fitzgerald’s The Great Gatsby through the medium of contemporary cinema. After all, Luhrmann, as usual, stays true to the book. Closely scripted on Fitzgerald’s beautifully crafted phrasing and picking up on the minutest of details (such as Nick wiping a speck of shaving cream off Mr.Mckee’s face at Tom and Myrtle’s flat party), Luhrmann manages to present everything that’s great about The Great Gatsby adding an engaging conventional twist. With a killer soundtrack created in collaboration with Jay-Z, a moving orchestral score mastered by Craig Armstrong, an incredibly talented cast, and textured aesthetically rich scenes juxtaposing the excess of the Jazz Age with the strength and hope to retain pure love, Luhrmann truly delivers. Who better to direct the best party scene in literary history than Baz?