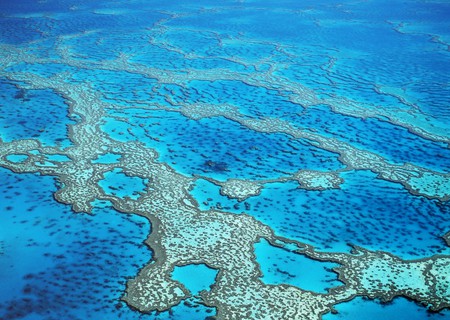 The Great Barrier Reef is the world’s largest living organism, as it stretches for over 2,000 kilometres (1,243 miles) down the Queensland coast. It’s known for its tropical islands, and incredible snorkelling and diving opportunities. Share the reef with marine life, like manta rays, green sea turtles, and reef sharks by visiting one of these top dive sites on the Great Barrier Reef.

Osprey Reef is one of Australia’s top diving sites. Its isolation at the top of the Great Barrier Reef means it can only be experienced through a liveaboard expedition. North Horn at Osprey Reef has been a reef shark feeding site for over 15 years. There’s a natural amphitheatre underwater, where divers can spot silvertip, whitetip, and grey reef sharks. There’s also the drift dive at North Horn Wall, Admiralty for night diving, and Around the Bend — a dive that has it all. 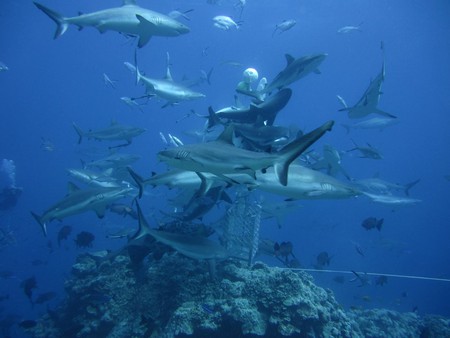 There are over 20 dive sites to enjoy around Heron Island. Heron Bommie is the island’s signature dive site. It’s home to manta and eagle rays, reef sharks, and Fatty, the resident flowery cod. 3 Rocks is a great drift dive, while Coral Gardens is all about the coral. North Bommie is a major cleaning station, so it’s commonplace to see large manta rays and turtles. There are also a pair of leafy scorpionfish at North Bommie, which those on Heron Island have called George and Wanda. Apparently they love to pose for photos! 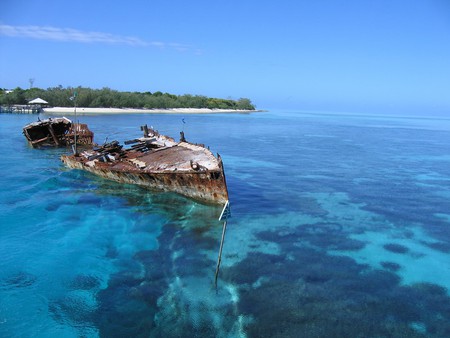 Located 65 kilometres (40 miles) off the coast of Port Douglas, Agincourt Reef is comprised of several smaller ribbon reefs. It’s located along Australia’s continental shelf, and parallel to the Coral Sea trench. This means high underwater visibility, as well as coral and marine life you may not spot anywhere else on the Great Barrier Reef. There are at least 16 dive sites at Agincourt Reef, including The Channels for caves, Point Break, Blue Wonder’s wall dive, Fish Bowl, and Nursery Bommie and its pelagic fish.

The Ribbon Reef includes a chain of 10 individual reefs, located in a remote section of the Great Barrier Reef. The reefs can be accessed via liveaboards from Cairns, or from Lizard Island Resort. Cod Hole is a world-famous dive site located near Lizard Island, that’s home to a friendly family of potato cods (also known as gropers). Other dive sites on the Ribbon Reef include Challenger Bay, Steve’s Bommie, and Lighthouse Bommie, which is known for its golden sea snakes. Sharks can also be spotted swimming between the Coral Sea and the Great Barrier Reef at Dynamite Pass. 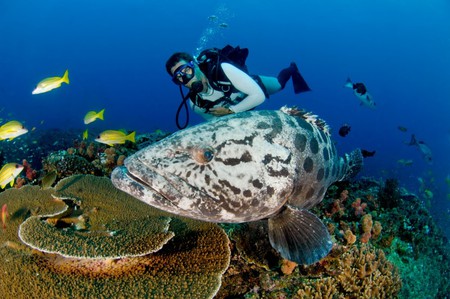 Hardy Reef is the most popular and accessible dive site near Airlie Beach and the Whitsunday Islands. There’s a pontoon located at Hardy Reef, which means it can be busier than other diving locations along the Great Barrier Reef. But there is plenty of marine life to see during a dive, including batfish, turtles, surgeonfish, reef sharks, angelfish, barracuda, gropers, and coral trout.

The SS Yongala was travelling from Melbourne to Cairns, when it sunk off the coast of Cape Bowling Green in 1911. It’s Australia’s largest and most intact historic shipwreck at 109 metres long (357 feet). The wreck starts from 15 metres (49 feet) below the surface and extends to 29 metres (95 feet). Protected under the Historic Shipwreck Act (1976), the marine life that calls the SS Yongala wreck home includes giant gropers, marble and eagle rays, barracuda, trevally, turtles, bull sharks, and sea snakes.

Lady Elliot Island is a small coral cay surrounded by fringing reef, in a Great Barrier Reef Green Zone. It’s known for its manta ray and green sea turtle population. There are over 20 dive sites located a short boat ride away from Lady Elliot Island, such as Blowhole, Hiros Cave, and Anchor Bommie. There’s even a chance of swimming alongside humpback whales from May to October. The restricted number of guests at Lady Elliot Island Eco Resort and year-round underwater visibility to 20 metres (66 feet) make this a world-class diving location. 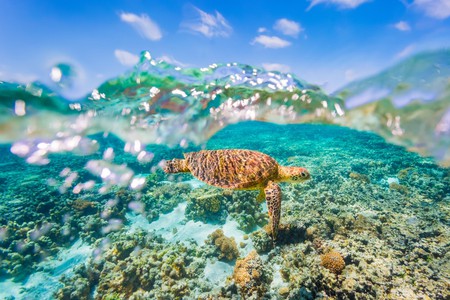