The Best City Tours in Melbourne 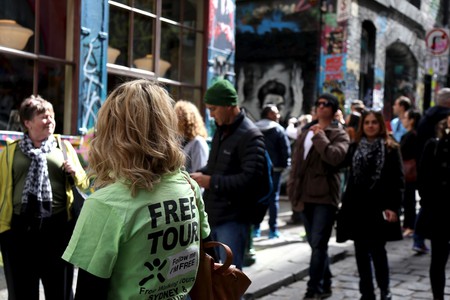 Visiting a new city can be overwhelming, and exploring unfamiliar streets is a daunting task. Thankfully, there are many tours to guide locals and visitors alike through the labyrinth of sights in cities such as Melbourne. From free walking tours to cycling tours, as well as sporting and chocolate tours, these are the best excursions in Melbourne.

Forget booking hassles, with I’m Free Walking Tours you can turn up on the day and the best part is that you ‘pay what you think it’s worth.’ Independent and locally owned, the Melbourne branch offers a Melbourne Sights Tour and Hidden Culture Tour. Both of which are guided by young Melburnians passionate to inform participants about the best local attractions, events, restaurants, and bars. Just look for the green t-shirts. 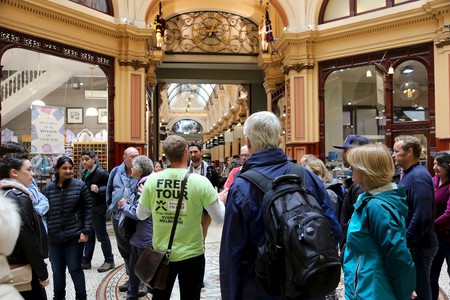 Founded in 2004, the Hidden Secrets Tours is an award-winning business that specialises in revealing an alternative side to Melbourne by showcasing the culture and characteristics of the city. Ranging from two to four hours in length, Hidden Secrets has a broad choice of tours, including the Melbourne Lanes and Arcades Tour, The Golden Mile Heritage Walks of Melbourne and more. Private and personalised tours can also be organised.

Pedal your way through Melbourne with Freddy’s Bike Tours – Melbourne’s top-rated bike tour provider. Departing twice daily, Freddy’s original All-in-One City Tour includes The Yarra River, Shrine of Remembrance, MCG, and a stop in Fitzroy. Other tours include the Evening Food Tour, Bikes and Brews, and Shore Excursion Tour. There is even a The Do It Yourself Option where you can hire a bike for a small fee and explore at your own pace. 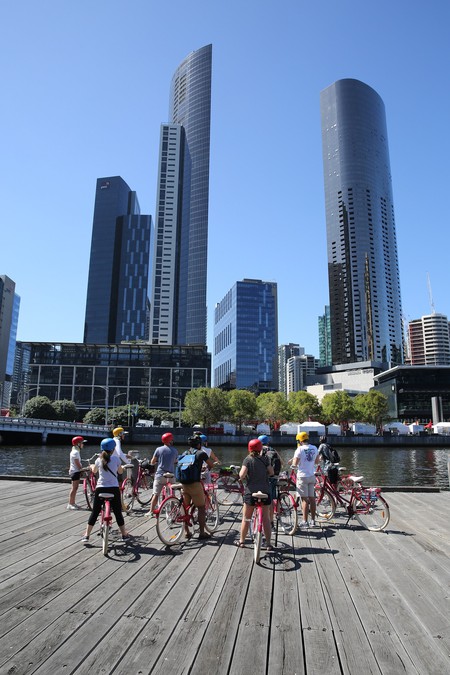 While not advertised as a tour, The Colonial Tramcar Restaurant is a unique and elegant way to see the city. Cruising through Melbourne, Albert Park, St Kilda and South Yarra, The Colonial Tramcar Restaurant offers a four-course luncheon, three-course early dinner, and a five-course late dinner featuring a seasonal menu and quality Australian wines. 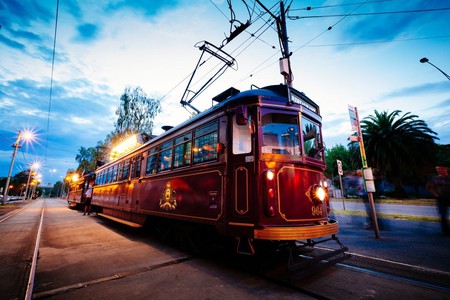 Courtesy of The Colonial Tramcar Restaurant

Named the Ultimate Sports City in 2006, 2008, and 2010, Melbourne is a city that lives and breathes sporting culture. Offering an interactive experience, Melbourne Sports Tours guides fanatics through Flemington Race Course — home of the Melbourne Cup – and through Albert Park – home of the Australian Formula 1 Grand Prix and Australian Formula 1 Grand Prix. Participants can also choose a behind-the-scenes guide to Melbourne Cricket Ground, Rod Laver Arena or The National Sports Museum.

Offering the largest range of specialty walks in Melbourne, Melbourne Walks is an award-winning company founded in 1991 by historian and author Meyer Eidelson. Personalised and thoroughly researched, Melbourne Walks are suitable for individuals, groups, and schools. Tours include Melbourne Film Locations, Melbourne Arcades and Lanes, The Lost Melbourne Tour, Melbourne Street Art and Graffiti, Melbourne Indigenous Tour and many more. You can even combine tours to suit your interests.

Courtesy of Melbourne Walks
Give us feedback