The Best Cafés in Sydney, According to Dan Yee and Paul Geshos 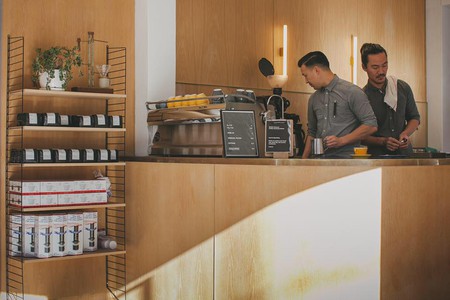 Residents of Australia’s two biggest cities squabble over everything, but even the proudest Sydneysider would have to admit that Melbourne puts its sunny city in the shade when it comes to coffee – until recently, that is.

“There are a lot of new people roasting coffee, which is an exciting time compared to 10 years ago when you could count the good roasters on a few hands,” Dan Yee of Artificer, a café in Sydney’s Surry Hills, tells Culture Trip.

While world-class cafés might blanket Melbourne, the Harbour City’s smaller selection of top offerings stack up alongside its rival’s best, he insists.

“There are many hurdles – some of which are the high prices of rent and wages – which hold us back from catching up to the glut of places in Melbourne,” says Yee. “I feel Sydney has some equally good if not better places, but Melbourne just seems to have so many more.”

Paul Geshos founded Mecca in 2005, and agrees Sydney’s coffee scene has been closing ground on its southern rivals ever since. 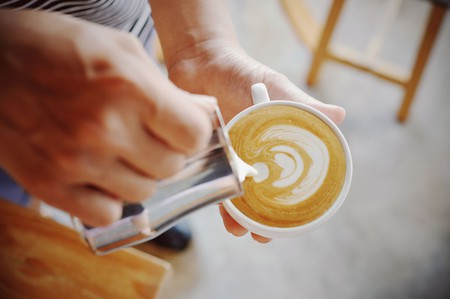 “Particularly in the past few years, with many new roasters cropping up, coffee has now become a legitimate part of the culinary world,” says Geshos.

“It’s now the perfect storm of quality coffee importers, micro-roasters and a coffee-drinking culture that is more open to new experiences and interested in the diversity of flavour. The new generation of coffee houses has become more quality-focussed, with menus that include differing brew methods and many showcasing some of the quality roasters from around the country,” explains Geshos.

Here are eight places that pour a flat white with which even the snobbiest Melburnian would be happy.

The word artificer means skilled craftsman, which is the perfect description of co-owners Dan Yee and Shoji Sasa. This pair of master roasters opened their café and roastery on a cosy corner of Bourke Street in Surry Hills in 2014, with no food to distract from the exceptional product in the cup. Yee admits that only serving coffee and limiting wholesale roasts doesn’t make good business sense, but it gives them greater control over the quality of the coffee – from the selection of the beans to how they’re brewed. “All the coffee served is selected, roasted and made by Shoji and me,” explains Yee. “Artificer was borne out of the will to actually specialise in something and not provide everything. I would probably characterise ourselves more as having only coffee rather than no food. An actual coffee bar.” Mecca’s Paul Geshos is full of praise for his mates Yee and Sasa. “They’ve now become one of Sydney’s iconic cafés,” he says. “No kitchen, no pastries, no frills. Just great coffee. This is the quintessential neighbourhood hang-out.” 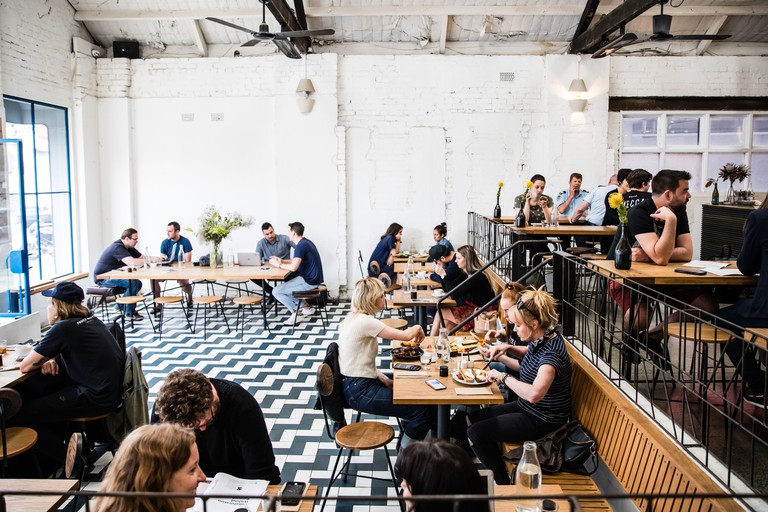 Mecca is fixated on transparency from bean to cup. Paul Geshos opened Mecca’s first espresso bar on King Street in the city centre in 2005, before importing his first beans in 2006, forging ethical partnerships with farmers across the planet. Mecca’s industrial-chic Alexandria roastery serves the freshly roasted beans, as well as a punchy, mouthwatering brunch menu. “Not a cup goes by unless it’s remarkable,” says Geshos. “We select and offer coffees that we love to drink – expressive, clean, elegant, fresh, complex, different – and build relationships with like-minded professionals at origin to strengthen our understanding and impact in the regions these coffees hail from.” Yee adds: “The food at this roastery is also the best, as is the space.” 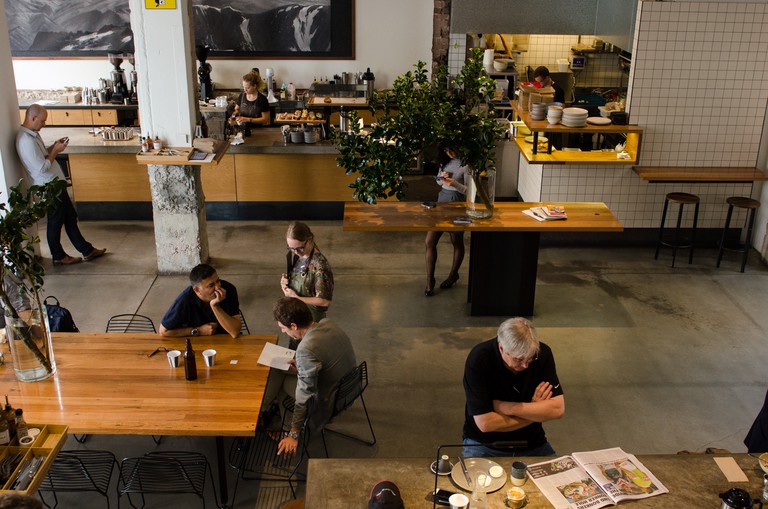 For brunch alongside a brew, it’s hard to beat this Surry Hills staple. Sitting inside the Art Deco Paramount House on Commonwealth Street with the Gatsby-esque Golden Age Cinema & Bar downstairs and a similarly stylish boutique hotel above, Paramount Coffee Project (PCP) is the Sydney instalment of coffee tsar Mark Dundon’s empire, joining Melbourne icons Seven Seeds and Brother Baba Budan. An Asian-inspired food menu complements the rotating roster of roasters from Australia and abroad. “For a visitor looking for a great space to sit and have coffee and food, I’d look to PCP – again, the best space, vibe and the rotation of coffees by other roasters among its eclectic food offering,” says Yee. PCP’s sister café, Reuben Hills, is a five-minute stroll away on Albion Street. 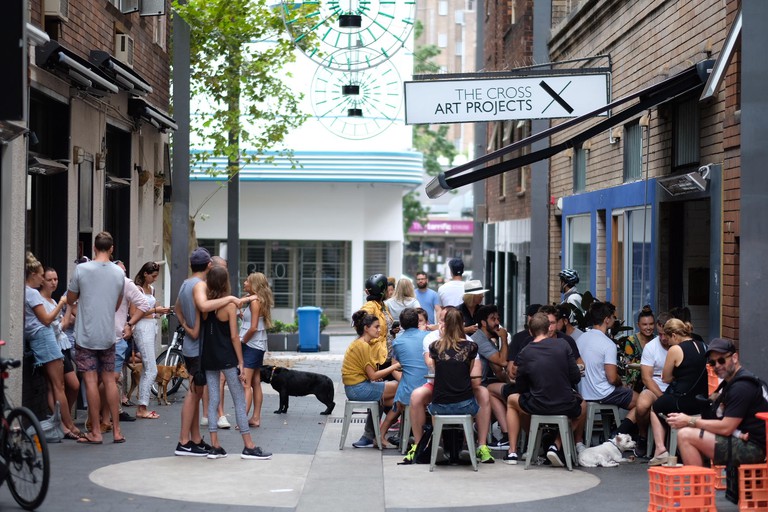 Hidden down Potts Point’s Llankelly Place, Room 10 feels like a little piece of Melbourne in Sydney. Small tables and chairs spill out onto the footpath from this tiny laneway café, which dishes up brunch classics alongside Mecca roasts. Order the signature brekkie rice: creamed red rice, quinoa, walnuts, pepitas, stewed rhubarb and dukkah. “Room 10 is one of the great classics of the café scene in Sydney,” Geshos says. “Andrew and Yuvi [couple Andrew Hardjasudarma and Yuvi Thu] have shown what is possible in an impossibly small space – warm and generous customer service and highly evolved classics with their food offerings. There is something magical going on there in the water!”

Primary Coffee Roasters is an espresso bar after Dan Yee’s own heart. The brainchild of experienced roaster Dan Kim, Primary is a simple space with a simple goal: to showcase the very best house-roasted beans. Blond oak wall panelling, some native Australian plants and a small selection of baked goods are the only distractions from the glistening La Marzocco machine and the black gold it creates for this sleek space in Potts Point. “Primary has a similar ethos to us, serving coffee and a few treats [baked in-house],” says Yee. “It focusses on the seasonality of its coffee and just brews it like we like.” 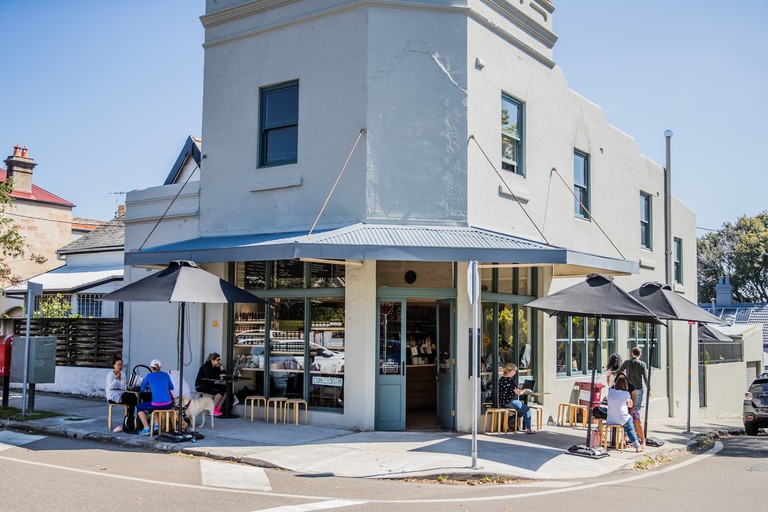 While Cornersmith’s original location on Illawarra Road in Marrickville shuttered in November 2019, Sydney’s coffee lovers still have the café’s second store in Annandale. In 2012, husband-and-wife team James Grant and Alex Elliott-Howery introduced the Harbour City to the world of pickles and preserves, pioneering a trading system where customers could bring in whatever they could forage from their gardens – herbs, veggies, lemons – for a cup of coffee or jar of relish. The fermented fare lives on in Annandale, where this vegetarian café sits across the road at Hinsby Park – Cornersmith even supplies picnic blankets and hampers to enjoy on the grass. “Cornersmith embodies all that is great about a café,” Geshos says. “What was first perceived as a very Portlandia approach to food and community has, in a few short years, become the benchmark of ethical and sustainable food practices.”

Sitting on King Street between Wynyard and Town Hall, this inner-city café is rammed with rush-hour commuters – not that the crowds compromise the quality. Skittle Lane takes its name from the nearby alley where sailors used to bowl, but the sophisticated clientele of this thoroughly modern coffee shop today is drawn to the handcrafted ceramics, house-roasted beans and the minimalist New York-style interior. Yee says: “It’s hard to keep a focus on consistency and quality in the CBD where speed is paramount, and the coffee there is always good, as well as the space.” 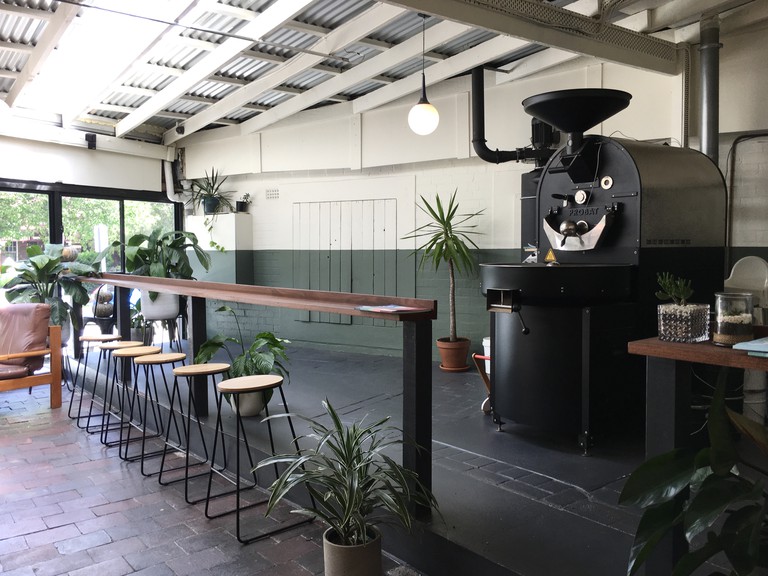 Owners Junji Tai and Benjamin Richardson opened Brighter in 2019, creating a casual, light-drenched coffee shop that lives up to its name. The couches and communal tables of this sunny Stanmore establishment are shared with Richardson’s roastery, Made of Many, which supplies Brighter’s beans. Friendly staff and pointers in the menu – which explains the difference between a ‘fast filter’ (batch brew) and a ‘s-l-o-w filter’ (made to order), and introduces the customer to the farmers who supply the product – help make speciality coffee more accessible to beginners. “Newly opened by some guys who have been around for a while, both capable roasters,” Yee says. “They’ve opened a coffee shop with a light food offering – they roast in-house and make a solid coffee.”