A Barista’s Guide to the Best Cafés in Surry Hills, Sydney 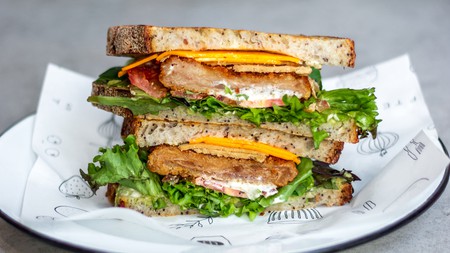 Surry Hills deserves the title of Sydney’s most central, well-connected and buzzing suburb. It’s the place to go to for excellent pub culture, premium restaurants and, of course, coffee – something for which Sydney has grown steadily better known over the past few years.

Coffee is serious business in Sydney. From the roasters to the baristas and the latte art to the beans – sipping a fine coffee in Sydney has become an art form and and one that Sydney-siders are very attached to at that. And, at the very centre of this café culture sits Surry Hills.

Culture Trip speaks to David Kettle, head barista of Tuckerbox in Paddington, former barista at Veneziano Café, and a Surry Hills resident, about his pick of the best cafés in Surry Hills. 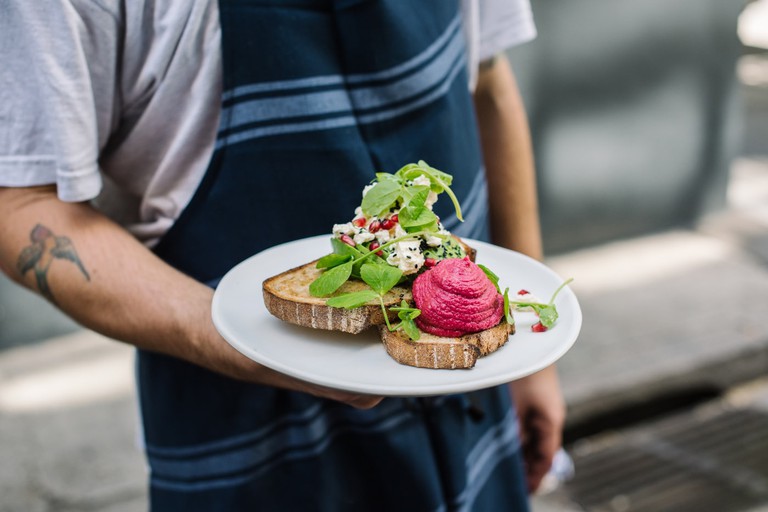 This cool as a cucumber spot, just around the corner from Central Station, has been serving Sydney-siders since 2003. Single O is a roastery, serving delicious brews from four locations: Surry Hills, Eveleigh, Sydney’s CBD and Tokyo, Japan. It also boasts a brunch menu to match. “With Single O, the hint is in the name,” explains Kettle. “A single origin coffee is, as you might guess, a coffee sourced from one single origin. Sometimes the coffee farm might even go as far as selling just a particular lot from their farm that they consider superior to the rest. Just like grapes used in making wine, location and terroir are key. You can usually expect clear and to-the-point tasting notes. For example, coffee from Kenya often tastes like blackcurrants and rhubarb, whereas coffee from Rwanda tastes like citrus fruits. Often a single origin’s roast profile is on the lighter side to help highlight the characteristics of the varietal.” 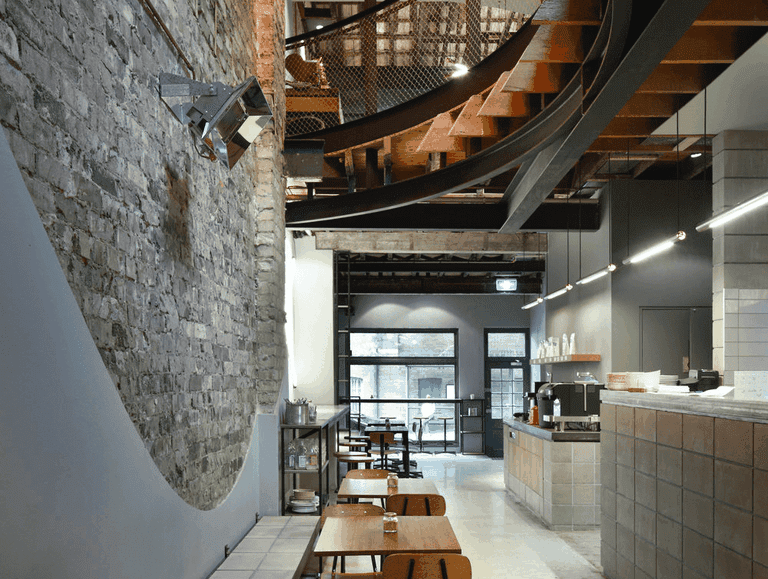 Reuben Hills is a boutique micro-roastery that’s been in action since 2012. The café and roastery is proud of its connection to farmers worldwide who they support on the ground in the country where the beans are grown. “The roasting takes place upstairs at the Albion Street café, and these guys offer a coffee lab for coffee tasting every Saturday at 10am,” says Kettle. The food here is as good as the coffee, with a menu inspired by bean-buying trips to Central and South America. Try classic breakfast favourites curated with fine attention to detail as well as some South American-inspired eggs, meatballs and beans.

Paramount Coffee fills up fast on the weekends, so get here early or be prepared to queue. With a café in Surry Hills, and one across the pond in Los Angeles, the idea behind Paramount Coffee Project was to create a space that would focus on educating patrons about coffee as well as roasting styles and brew methods. They do this by celebrating a variety of roasters, farmers and brewers with one goal in mind: to maintain the integrity of the coffee served. The all-day food menu is inventive and high-quality, featuring mouthwatering dishes such as honey-roasted pumpkin on toast, soft-baked eggs with habanero salsa and a bibi bowl with confit salmon. “Set in a cool warehouse, the café offers a brunching experience well worth the wait,” says Kettle. “And on Saturday mornings, punters can pick up a bag of organic produce from The Locals market, which operates from the rooftop upstairs.”

Family-owned and run, Shenkin has a few cafés dotted around Sydney. The Surry Hills venue serves up delicious Israeli tucker from its location on Crown Street. Founders Arie and Bosmat Haikin migrated from Israel in 2007 to create what has become one of Sydney’s best-loved institutions in some of the city’s trendiest neighbourhoods. Meals on the menu here are, of course, inspired by Arie and Bosmat’s homeland and include classics like shakshuka, a hummus plate and sabih. “Great care has gone into balancing each dish somewhere between home-cooked grub and adventurous, artistic dishes,” Kettle says.

Cafe, Coffee Shop, Coffee
Facebook
Email
Twitter
Pinterest
Copy link
Share
Map View
Punters won’t find a brunch menu at Sample Coffee, but they will find coffee made and served with a lot of love, and a dedication to quality and equality. Their ethos is that the small things make the biggest impact, and this is why they’ve deliberately chosen to stay put in their intimate, hole-in-the-wall coffee shop. “We celebrate the underdog,” their manifesto says. “We find the positive. We recognise the next ‘hold’ may not be the most obvious. We use the word ‘we’. We celebrate the journey as much as the outcome. We leave no trace, whether in a customer’s venue or breaking camp. We give first and take only what we need. We’re always there to ‘belay’ our mates. We’re generous with our time, our knowledge and our beans. When we have the opportunity to add value, we pass it on.” They import beans from all over the world and roast them in their St Peters Pro Shop and café before sending them over to Surry Hills.
Open In Google Maps
1a, 118 Devonshire Street, Surry Hills, New South Wales, 2010, Australia
Visit Website
Give us feedback 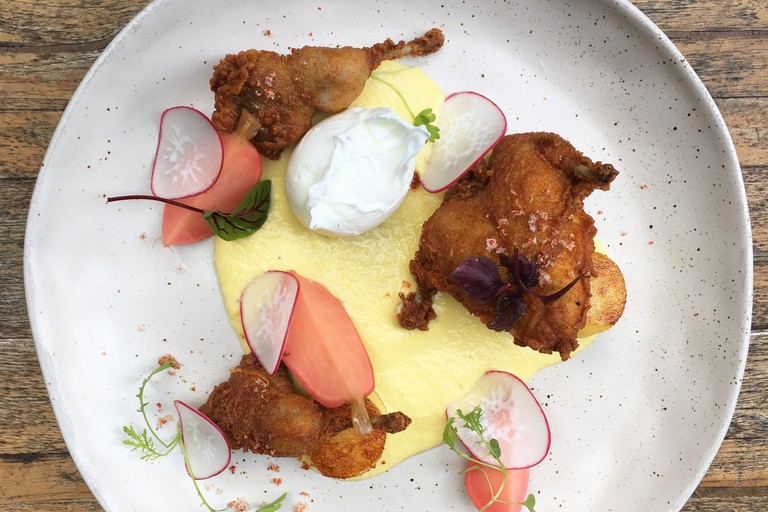 According to the founders of this off-the-beaten-track café, Suzie Q is about savouring the best things in life: food, music and coffee.“Jordan, the owner of this fine establishment is a bit of a boss,” says Kettle. “The ambience within the space is on point, and he has ties with music festival Subsonic, while also being a techno DJ himself.” Suzie Q Coffee & Records serves Reuben Hills coffee, another respected local roastery. Seasonal produce is served in an innovative way, as dishes like ‘stairway to heaven’ (chorizo stuffed porchetta served with skordalia) and ‘chelsea morning’ (house granola with coconut yoghurt and berries) pays homage to the owners’ love of music. In fact, the centrepiece of the café is its large-scale photograph of the Woodstock festival by Elliott Landy. There’s a huge collection of rare records available for sale, too. Sustainability is important to Suzie Q, sourcing produce from local farms or growing and creating their own such as the traditional, Turkish sucuk sausage. By night, Suzie Q becomes a bar, so stick around for a glass of wine and some tunes.

Drawing on the owners’ Jewish heritage, Four Ate Five (or 485) serves up some seriously tasty traditional Israeli grub that has been perfectly crafted to supply Sydney’s demand for high-quality brunch. According to the owners, ‘the Blintzes’ – filled with honey ricotta cream cheese and topped with cherry compote and rosemary – are the ultimate must-try dish on the menu, as is the shakshuka and the 485 breakfast plate that features falafel, eggplant salad, labneh and pipelchuma chilli on a bagel. Four Ate Five serves Single O coffee from a perfect people-watching spot on bustling Crown Street.

“Artificer Coffee absolutely must be on the list for good cafés in Surry Hills,” says Kettle. “They roast their own coffee at CRS [Collective Roasting Solutions] – a communal roasting space in Alexandria.” Artificer doesn’t serve food, as they’re purely centred on coffee. Co-owned by master roasters Dan Yee and Shoji Sasa, the pair serve and sell their own coffee and supply other Sydney locations with some of the best seasonal brews available. It’s a cool hangout on Bourke Street, and the vibe is super casual yet sophisticated. “Every cup served has precise attention to detail, and you can expect coffee served in some beautiful textured stoneware cups made by Emi Tanaka,” Kettle says. 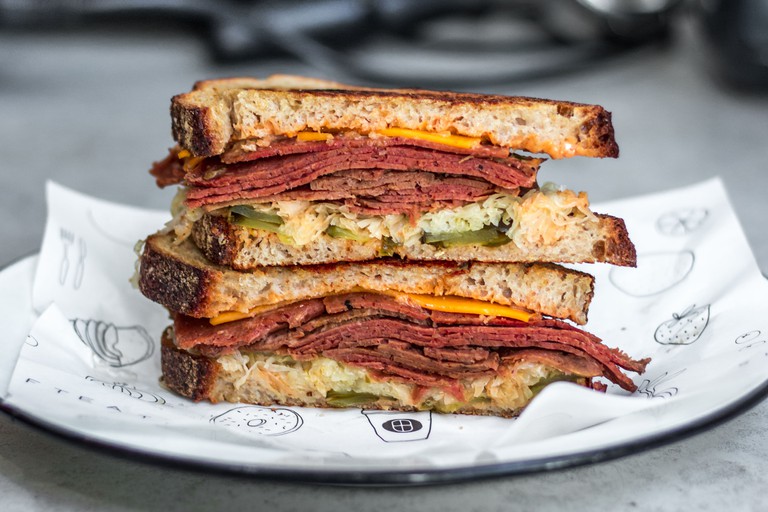 A vegan deli café, Shift Eatery serves up delicious vegan breakfasts and lunch from 8am until 3pm daily. The food at Shift offers classics with a vegan twist, and, “Is a great place to come for entirely vegan offerings,” says Kettle. Bagels, toasted sandwiches and smoothies reign on the menu here, and there are meals like ‘Reuben’s vegan brother, Steve’, which includes vegan corned beef, sauerkraut, vegan cheddar and gherkins, or a ‘Say cheeeeese toastie’, which both taste so good that they could actually contain corned beef and cheese. Shift’s vegan bacon and egg roll is in such high demand that it sells out early most mornings. Salads and bowls are also available here, and, of course, Shift Eatery’s coffee is served with vegan alternatives such as almond, soy, oat or coconut milks.

“If you like great coffee and appreciate interior architecture, this is the place to hang,” says Kettle. “Fantastic coffee is extracted on all of the latest coffee mod-cons – these guys are at the forefront of science technology and innovation within the coffee scene.” It’s an interesting space, almost lab-like in its design, and this precision follows through into every cup Veneziano serves. “Veneziano coffee is a roast that comes out of Melbourne, which is one of the leaders in coffee in Australia. Café culture is thriving just as much in the Victorian capital as it is in the New South Wales hotspot of Sydney,” says Kettle. Coffee training is available to the general public, and Veneziano really gets behind encouraging its staff to take part in coffee competitions: Melinda Maksic, Veneziano’s manager and coffee trainer, recently competed in the Australian Speciality Coffee Association 2019 Australian Brewers Cup awards.