The Best Bars in Barangaroo, Sydney 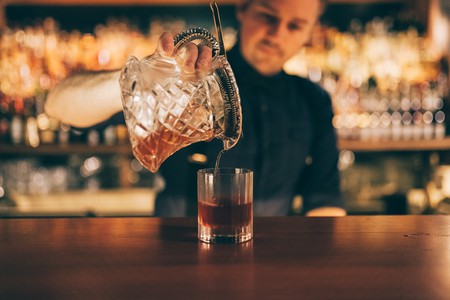 After-work drinks are such a big part of Barangaroo that the area’s even got the word ‘bar’ in its name. The inner-city precinct — five minutes’ walk from Wynyard station — is dominated by towering skyscrapers filled with young urban professionals who get mighty thirsty around 5pm, and they’ve got no shortage of options for a tipple around the streets of Barangaroo. Read on for our pick of the top six places to grab a drink in Barangaroo.

On Level 1 of International Tower 1 sits a little slice of Louisiana; an upscale venue that pays homage to New Orleans with a cocktail list, food menu and ambience inspired by the ‘Big Easy’. NOLA’s wrought-iron bar contains one of the biggest American Whiskey selections in Australia, with more than 600 glistening bottles tempting you to delve into the extensive cocktail menu headlined by the Sazerac, the official drink of New Orleans. The Southern BBQ and Cajun/Creole cuisine coming out of the smokehouse is also a treat for meat-eaters keen to feast on smoked lamb, chicken and brisket. 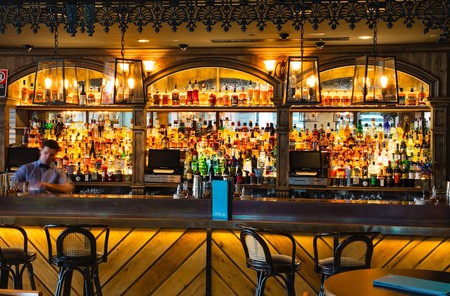 This old wharf-side pub has been given a new lease of life thanks to the rise and rise of Barangaroo over the last two years, and is always brimming with office staff enjoying a frosty after-work beer or three. The highlight of this classic inner-city pub is the huge sandstone beer garden that’s a dream spot for a 5pm schooner in the lingering evening sunshine, plus there’s live music every Friday, a kitchen serving pub counter meals and modern bistro dishes on the ground floor and Suriya Lounge Bar on the second floor for cocktails and cheap Thai food.

Introducing Sydney’s first dedicated vermouth bar, named after the British botanist Sir Joseph Banks who accompanied Captain James Cook on his landmark British voyage to Australia. Banksii is the work of husband-and-wife team Hamish Ingham and Rebecca Lines — the brains behind Bar H in Surry Hills — and boasts a 40-bottle collection of vermouth from around the world, either served on the rocks to appreciate the spirit’s elegant complexity, or in cocktails like martinis and negronis. There’s also a bespoke vermouth made by Maidenii that’s exclusively poured on tap, as well as a modern Mediterranean food menu available for lunch and dinner. 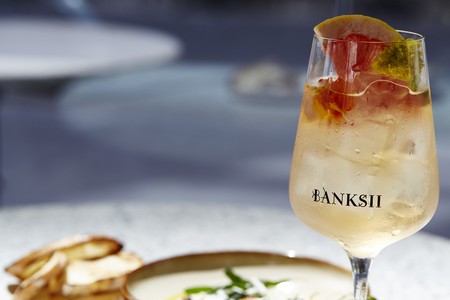 Drink at Banksii | Courtesy of Banksii

The list of Sydney’s best rooftop bars grew a little longer in 2017 when Untied opened its doors on Level 4 of Exchange Place. The chic industrial vibes of the building and the Barangaroo precinct in general are softened by the venue’s lush greenery, which suits the playful cocktail menu made up of tropical concoctions like the Flamin’ Galah (gin, ginger soda, watermelon and lime juice). The food menu continues the Australian theme with plenty of seafood and BBQ.

This brightly coloured Asian eatery is certainly more laid-back and affordable than most other places in Barangaroo, which cater to the polished professionals that work in the area — so if you’re looking for a casual hangout, this is your joint. Bing’s boasts its own range of ales brewed in collaboration with popular Northern Beaches craft brewery Nomad as well as wine and bottled cocktails, and the drinks go down beautifully with some Asian street food — try the fluffy bao (steamed bun) and bing (fried bun) filled with a variety of meaty fillings. 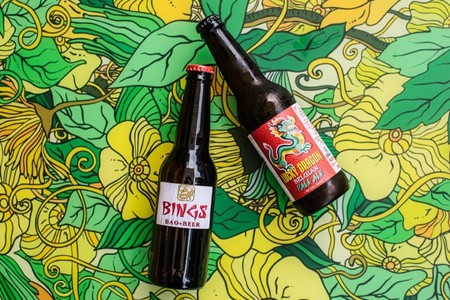 If you need a tailored business shirt, a coffee to pick you up in the morning, a quick bite to eat before meetings or a knock-off drink after work, then Shirt Bar is your one-stop shop. It’s hard to know what aspect of this jack-of-all-trades venue to concentrate on — the bespoke menswear, the atmospheric cafe, or the unpretentious drinks list that’s dominated by scotch malt whiskies.