The Australian Story Behind Mary Poppins 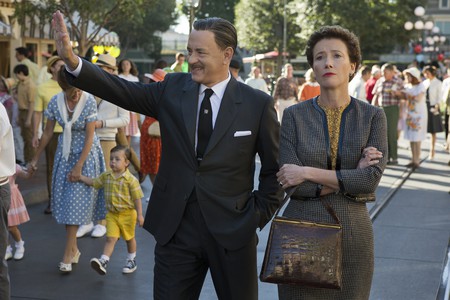 May Poppins famously blew in from the east with her parrot umbrella and magical carpetbag, and arrived at Number 17 Cherry Tree Lane to save Mr. Banks and discipline the children. Behind this now famous story, did you know that the author, P.L. Travers, as well as the character based upon Mary Poppins, was actually Australian? Read on to uncover the story behind this classic novel.

Helen Lyndon Goff was born on the 9th of August 1899 on the second floor of the Australian Joint Stock Bank in Maryborough, Queensland. In 1905 her family moved from lush Maryborough to the small community of Allora, where they lived on Herbert Street. It was there that Helen’s father Travers Robert Goff died of tuberculosis at the age of 43. After his death, Helen’s Aunt Allie, whose real name was Helen Morehead and later Christina Saraset, ‘flew in from the east,’ or more likely from Sydney to whisk the family away to Bowral, New South Whales, where they lived in a humble cottage.

As a teenager, Helen wrote poetry and began working as an actress. She toured Australia and New Zealand as a member of Allan Wilkie’s Shakespearean Company using her stage name Pamela Lyndon Travers. In 1924 Helen moved to England and began writing with the pen name P. L. Travers and in the winter of 1933, in a cottage in Sussex, she wrote Mary Poppins. 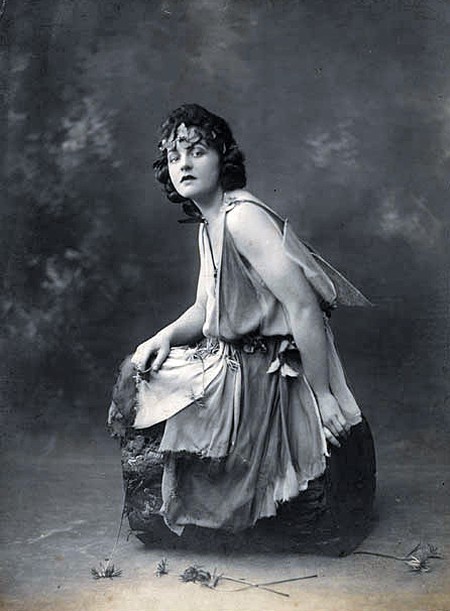 Mary Poppins was published in 1934 by Peter Llewelyn Davies — the man who inspired his adoptive father J.M. Barrie to write Peter Pan. Curiously, Peter Pan, just like Mary Poppins, was adapted into a film by Walt Disney.

As a child, P.L. Travers often entertained her younger sisters Moya and Biddy with stories of flying horses and a woman of the name M. Poppins. This storytelling skill was no doubt inherited from her father who would make up stories underneath the stars in Allora. Travers wrote about her great aunt in 1941 in a short story titled Aunt Sass, which she gave away as a Christmas present. The story was released to the public in November 2014.

Travers once wrote, ‘I thought to myself, someday, in spite of her, I shall commit the disrespectful vulgarity of putting Aunt Sass in a book. And then it occurred to me that this had already been done, though unconsciously and without intent. We write more than we know we are writing. We do not guess at the roots that made our fruit. I suddenly realised that there is a book through which Aunt Sass, stern and tender, secret and proud, anonymous and loving, stalks with her silent feet… You will find her occasionally in the pages of Mary Poppins.’

The resemblance between Great Aunt Helen Morehead and Mary Poppins is remarkable. Morehead carried a carpetbag and parrot umbrella just like Poppins and although the book’s illustrator Mary Shepard, based the character on the appearance of a Dutch doll, there’s no denying the similarities between the drawing of Mary on the book’s original cover and photos of Helen Morehead. Both have the same black hair and upturned nose. Morehead lived on Albert Street, in Woollahra and owned two dogs and Travers described her as, ‘a bulldog whose ferocious exterior covers a heart tender to the point of sentimentality.’ Morehead was a no nonsense sort of woman who taught the children etiquette and would say, ‘spit spot, into bed.’ 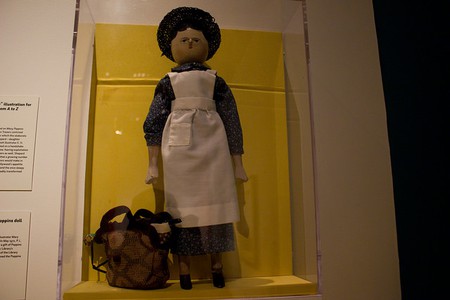 P.L. Travers went on to write six other Mary Poppins books after the original and these stories will serve as the inspiration for the upcoming Mary Poppins film, staring Emily Blunt in the title role. Although, P. L. Travers would need more than a spoon full of sugar to swallow the news that Disney is once again taking control of the nanny.

Prior to Walt Disney’s interest in Mary Poppins, P.L. Travers criticized Disney’s first feature length animation, Snow White and the Seven Dwarfs and when Walt tried to purchase the rights to Mary Poppins in 1938, Travers firmly denied his wish. It wasn’t until Walt promised his daughters that he would turn their favourite book into a film that he really began to pursue the rights. It would take him 20 years but eventually Travers sold Disney the rights for £100,000 with the condition that she have script approval. But pre-production was not a piece of cake and it was left to Don DaGradi and songwriters the Sherman brothers to hash out the details. This interplay was depicted in the film Saving Mr. Banks, which showed how Travers was difficult to work with, and among the decisions she disapproved of were: made up words, American phrases, the Banks’ house, animation sequences and the song, ‘Let’s Go Fly A Kite.’ In fact the only song Travers did like was, ‘Feed the Birds.’ 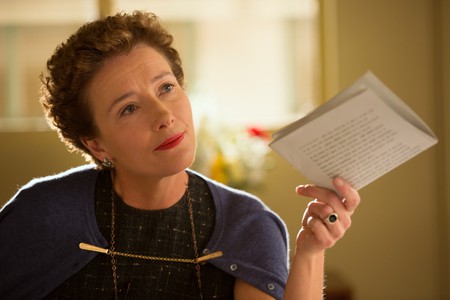 Travers disliked Dick Van Dyke and Julie Andrews and thought Andrews was too pretty to play Mary; however, when the two met, Travers approvingly said, ‘well, you’ve the nose for it.’

Travers was not invited to the film’s Hollywood premier but showed up anyway and began to cry when she saw the animated sequence. She described the adaptation, ‘as chalk is to cheese, so is the film to the book,’ and prohibited Disney from ever adapting her work again. Later in her life, Travers accepted that the film was good in its own right, but couldn’t be compared to her novel.

Despite her displeasure, the film’s royalties made Travers a multi-millionaire and still today both her, and the film adaption are beloved by the world. Mary Poppins is an integral character in the Disney universe, but Mary wouldn’t exist without the imagination of an Australian girl and her great aunt.