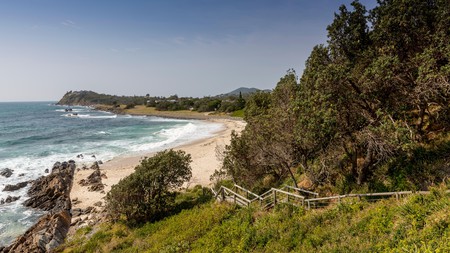 While Queensland may be known for sun and sea, New South Wales also has plenty to offer when it comes to beaches. The famous Bondi Beach and Bronte are well known to most travellers, but it’s the ones out of Sydney’s reach that have the most to offer. From Hyams Beach to Pebbly Beach, here are five gems to hit up on your NSW road trip.

If you can’t traipse up to the Great Barrier Reef to nip over to Whitehaven Beach, never fear – according to The Guinness Book of World Records, Hyams Beach has the whitest sand in the world. And the moment you step out of your shoes and onto the fine white grains, you’ll be able tell your friends back home it’s true. Hyams Beach possesses all the best qualities of a tropical paradise – the white sand, clear water and mild temperatures – without the hustle and bustle of resorts and restaurants spoiling the ambience.

Jervis Bay sits placidly on the south coast of NSW, and Hyams Beach is tucked away at the back of town. It’s unspoiled, with next to no development in the area, and just one road leading in and out of town. However, there’s a great selection of apartments to rent in the area if you’re looking for a place to stay, while Hyams Beach Café is the perfect spot to refuel after a long drive or a salty swim. 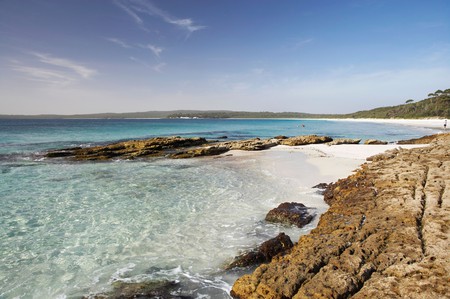 Byron Bay is legendary among backpackers for its excellent surf and alternative, laid-back lifestyle. Found on the NSW north coast, Byron Bay is technically home to five great beaches, but Main Beach is the true melting pot of cultures, as travellers come from all over to watch the sun go down with a couple of drinks and a good conversation. It’s become a bohemian escape for those chasing the sun – even the winters are warm and have long, sunny days.

While you’re there, make sure you save time to trek up to the lighthouse – the lookout there is Australia’s most eastern point (and has spectacular views, of course). 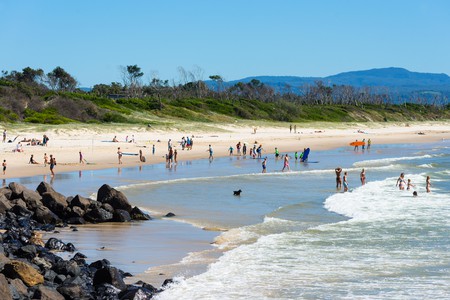 Nestled on the south coast of NSW between Nowra and Kiama, Seven Mile Beach is another old-school, non-developed beach getaway. With miles of untouched sand and natural vegetation, the beach is protected from the northern winds and any threatening swells, making it a gentle beach for all ages. It’s also one of the best spots to learn to surf on NSW’s south coast, with plenty of whitewater waves or longer swells that roll until they reach the shore. There’s ample room along Seven Mile Beach (as the name suggests), so find an empty spot and enjoy your seclusion. And though you may not see many other people about, you’re never really alone – keep an eye out for friendly ghost crabs and the odd kookaburra skimming the water’s surface. 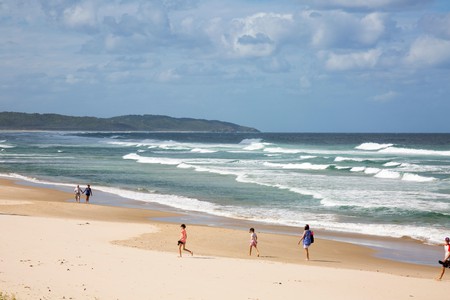 The whole suburb of Cronulla deserves a shoutout, because it has not one, not two, but seven great beaches all within a 5km (3mi) vicinity. The main ones to note are North and South Cronulla, the cosmopolitan hubs of the town, surrounded by cafés, restaurants and bars to satiate your thirst after a day in the sun.

If you’d rather not stay overnight in a nearby apartment, there’s a direct train line from Sydney to Cronulla and free parking along the foreshore, making it one of Sydney’s most accessible beaches. Cronulla is divided into North and South Cronulla, separated by a headland and connected through a scenic waterfront walk. North Cronulla is fringed with a park perfect for reading a book and drinking a cup of coffee, and the beach is constantly patrolled by the North Cronulla Surf Lifesaving Club. The beaches brim with local flavour, with visitors coming from the inner west to spread out large family picnics, and with kids bringing soccer balls to kick around the parks. The waves are popular with surfers, but if you’d rather avoid deeper water, there are a few ocean pools that are perfect for taking a dip. 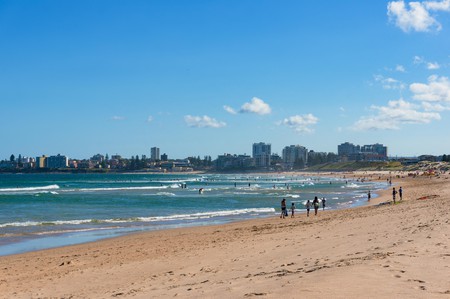 Pebbly Beach is one of the most famous places to spot eastern grey kangaroos in New South Wales. The roos are used to humans tip-toeing around them, and there’s an opportunity to get up close and take a selfie with them if you want. It doesn’t get more Aussie than that. There are bush walks surrounding the beach for those who want to work up a sweat before taking a swim, as well as several great spots to drop a fishing line.

There’s also a campground with decent facilities at the beach – a great spot if you like waking up to the gentle crashing of waves or rainbow lorikeets calling to one another. 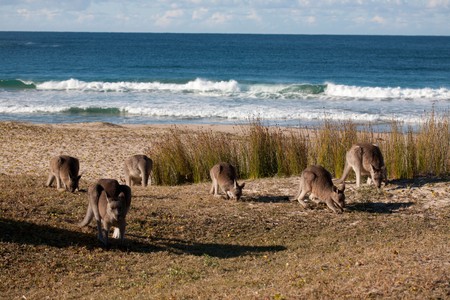