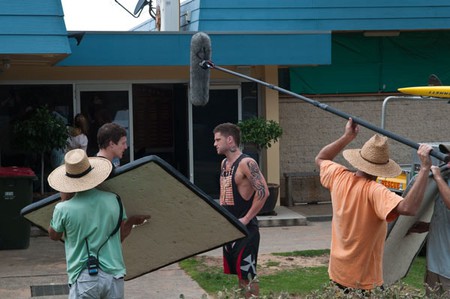 Australians have watched as their beloved soap operas evolved from more wholesome fare in the ’50s and ’60s to the more flamboyant ’70s and glamorous ’80s, eventually featuring the sun and surf backdrops of the ’90s. Here are five classic Australian soaps that will take you for a walk down memory lane.

One of Australia’s longest running soaps, Home and Away follows the lives and loves of the fictional seaside town of Summer Bay. Every Australian tween has been obsessed with the show at some stage or other, with its delicious controversy arising over arguably adult storylines, including teenage drinking, sex and eating disorders. These topics have led to an increase in viewers, as did the bikini and boardshort-clad main stars. Many Australian Hollywood celebrities — such as Chris Hemsworth, Naomi Watts and Heath Ledger (may he rest in peace) all got their start on the beloved Australian soap.

Most Memorable Storyline: Homeless drifter Miles turns up in Summer Bay, mysterious and unwelcome. He turns out to be the long-lost twin brother of beloved local Sally Fletcher, who remembered him as her imaginary friend ‘Milco’.

A friendly rival of Home and Away for as long as both shows have been running, it seems the two soaps are in competition to see which writers can come up with the most outlandish storylines. Neighbours focuses on the lives and loves of the families residing on Ramsay Street in the fictional Melbourne suburb of Erinsborough. Creator Reg Watson wanted to make a show that portrayed adults and teenagers who spoke openly about their problems and go on to solve them together. The show started in Australia but was picked up by the United Kingdom, where it became hugely popular. It was also the stepping stone of Hollywood royalty Margot Robbie, who played the schoolgirl Donna Freedman.

Most Memorable Storyline: Beloved neighbour Jared ‘Toadie’ Rebecchi finally weds his true love Dee, but alas, while driving to their romantic honeymoon, he takes his eyes off the road to kiss his new bride and drives the car over the side of a cliff. Dee goes missing and is presumed dead, until she appears ten years later in Ramsay Street with a ten-year-old daughter in tow and no recollection of the accident.

Before Grey’s Anatomy blew up on the small screen, there was a different group of young, good-looking and dramatic doctors. The Young Doctors portrays characters who are both young and doctors, in the fictional Albert Memorial Hospital. Their lives revolve around romances with the hospital staff, and handsome doctors have regular affairs with sexy nurses, rather than focusing on medical issues. Even the most severe illnesses take a backseat to the romantic escapades of the lusty young physicians and their constant rendezvous at the local watering hole Bunny’s. Despite its blatant medical inaccuracy, the soap took off in a huge way internationally, particularly throughout the United Kingdom, France, Spain and North America. The show even spawned a Young Doctors Appreciation Society.

Most Memorable Storyline: The most unfortunate character is Sister Grace Scott. Her stern demeanour creates enemies who poison her, assault her, rape her three times and stand her up at the altar. The stringent sister comes to a horrible end by falling down a lift shaft.

This soap has been described as an Australian version of a telenovela. The series introduces a Romeo-and-Juliet-style romance revolving around the upper-class Hamilton family in Sydney and the working-class Palmers from Melbourne. John Palmer meets spoiled Angela Hamilton when he’s on the run from the police for a murder he did not commit. The pair fall in love, and it isn’t until later that they discover they are twins separated at birth, following a scandalous affair between their parents 20 years ago. If that isn’t tantalizing enough, there are hundreds of twisting plotlines, involving murder, embezzling, plastic surgery and mistaken identities, twin mix-ups, fertility issues, bombings and house fires. There’s a whopping 972 episodes, enough to last you at least two long-haul plane rides.

Most Memorable Storyline: Newcomer Alison, who is actually Rowena Hamilton, after having plastic surgery in Brazil to escape authorities chasing her for murder, is bitten by a venomous snake hidden in a safe she was trying to break into to steal paternity results from villain Wayne Hamilton.

A throwback for the Australian parents and grandparents out there, the facility in A Country Practice has been described as the Bermuda Triangle of rural Australia; despite being such a small hospital, it treated every exotic disease, from the jungles of Ecuador to the beaches of Tobago. The series follows the events of this small hospital in the fictional country town of Wandin Valley, with storylines focused on the staff and patients at the hospital, as well as the residents of the town. What makes it a guilty pleasure is the plot twists, honing in on issues such as unemployment, suicide, drug addiction, HIV / AIDS and terminal illnesses, as well as numerous other bizarre illnesses. As unrealistic as it seems, it always makes for entertaining viewing.

Most Memorable Storyline: There are beloved characters, and then there is Molly from A Country Practice. Australia was outraged when she is diagnosed with leukemia, and when she dies over a two-night extended special, the streets, bars and restaurants of Australia were empty. Everyone was at home, watching and mourning.