The 11 Weirdest Animals in Australia 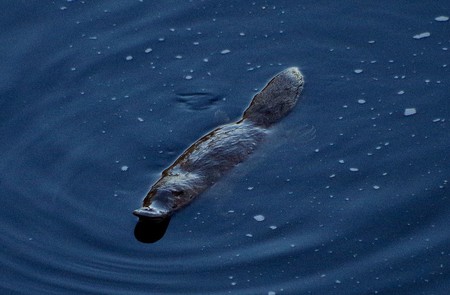 Australia is home to a lot of cute animals, such as the koala, kangaroo, and wombat. But the island nation also has some unusual looking creatures that don’t reside anywhere else in the world. Keep reading to find out more about Australia’s weirdest animals, and where to spot them in the wild.

Wild Tasmanian devils (not to be confused with the extinct Tasmanian tiger) can only be found in the Tasmanian wilderness and national parks. They’re not dangerous, but will defend themselves if they are attacked or trapped. Tasmanian devils are carnivores, so they feed on any animal protein they can find. These include anything from insects to chickens on farms. Unfortunately, too many devils today are dying from a disease called Devil Facial Tumour Disease, which scientists are trying to find a cure for. The Australian and Tasmanian governments established the Save the Tasmanian Devil Program, which is working to save the animals from extinction. 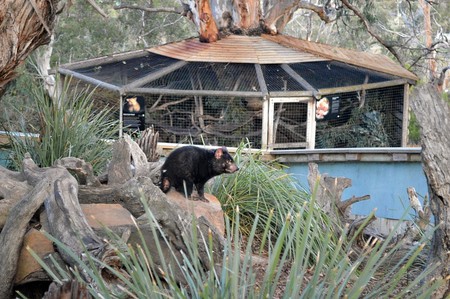 Thorny devils live in central Australia. They have a fake second head on the back of their necks, which is meant to warn off predators. Thorny devils drink water by rubbing their spikes against dew-covered spinifex and grass. The moisture runs along grooves between the spikes and directly into their mouths. They also only eat black ants; consuming about 1,000 every meal. Thorny devils can change colour to blend in with their surroundings too. They can appear grey, orange, red, or yellow. 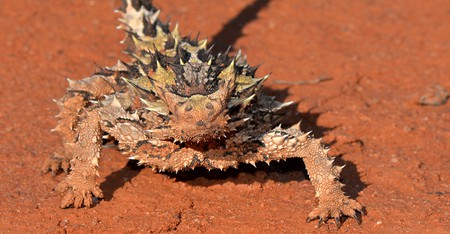 Bandicoots are small omnivorous marsupials with pointy snouts, which are native to Australia and New Guinea. There are currently seven bandicoot species surviving across Australia. They like to live in areas with dense vegetation, whether the woodlands, heath, or rainforests. During the day, they nest in shallow holes in the ground. They then forage in open areas at night; using their front feet to dig for their food. Bandicoots are also very territorial.

Known as both the world’s third largest bird and the world’s most dangerous bird, the southern cassowary is only found in New Guinea and northeast Queensland’s rainforest region. They are flightless birds, which are descended from dinosaurs. Australia Zoo says that without cassowaries, rainforests may not be able to survive. This is because they’re responsible for the “distribution and germination of many north Queensland rainforest trees”. In Queensland’s Mission Beach region, the greatest cause of southern cassowary death is unfortunately road accidents. 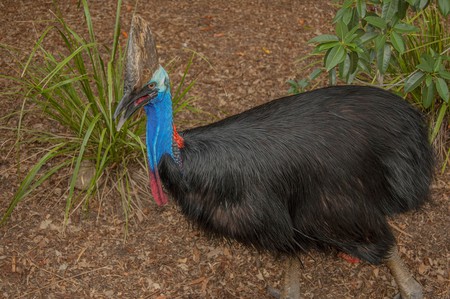 Bush stone-curlews are nocturnal birds that are found throughout mainland Australia. However, they’re most common in northern Australia. They’re characterised by their twig-like legs and their contact calls at night. Their high-pitched wailing is definitely eerie when initially heard by visitors. Bush stone-curlews feed on insects and small vertebrates, including lizards, snakes, and frogs. 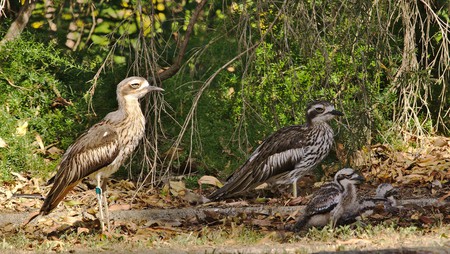 Frill-necked lizards are found in the warm, tropical climate of northern Australian and southern New Guinea. Their numbers are unfortunately declining due to habitat destruction — they inhabit temperate forest and woodlands. The increase in feral cats also doesn’t help their cause either. Frill-necked lizards can also change their colour like thorny devils, depending on their environment. Their “frill” is a flap of skin around their neck, which is exposed when they’re in danger, mating, or trying to eliminate excess heat. Frill-necked lizards are also commonly kept as house pets.

Found in eastern Australia, platypuses have thick brown fur, front webbed paws, and soft bills. Male platypuses have a venomous spur, located on the inside of their hind leg. They spend most of their day in a burrow, but are most active in the early morning and late evening. They are able to stay underwater for several minutes, and store their food in their cheeks. Although they’re not endangered, platypuses rely on healthy waterways to survive.

Due to the large rabbit-like ears of the bilby, it’s actually a popular Australian Easter icon. They have existed in Australia for up to 15 million years, and are commonly referred to in indigenous Australian stories and songs. Habitat destruction and competition with introduced animals have seen bilby numbers reduce significantly in the last hundred years. Today, they’re only found in central Australia, southwest Queensland, and Western Australia’s Pilbara and Kimberley regions. 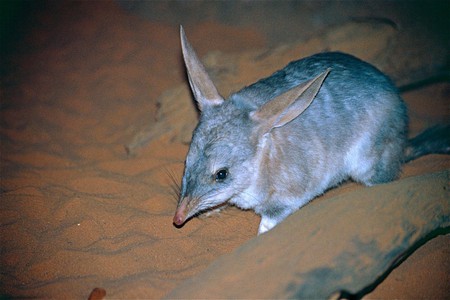 The desert-dwelling marsupial mole is an enigma, as it can spend its entire life living underground. There’s both the southern and northern marsupial moles, which live in the sandy deserts of central Australia. They survive on the air located between grains of sand, and technically “swim” through their sandy surroundings. They’re quite small creatures, only measuring between 12 and 15 centimetres long (4.5 to six inches). Marsupial moles are classified as endangered, as very few have been recorded in the past 50 years.

Along with platypuses, echidnas are the only monotremes in the world, which means they’re egg-laying mammals. They can surprisingly live up to 50 years, and have body temperatures of 32° Celsius (89° Fahrenheit). Echidnas have no teeth, so they survive on termites and ants. Other surprising facts about the spiky echidna is that it has an extra-long claw on its second toe, to groom its spines; it has vertical slits behind its eyes for ears; and the echidna is Australia’s most widespread native mammal. 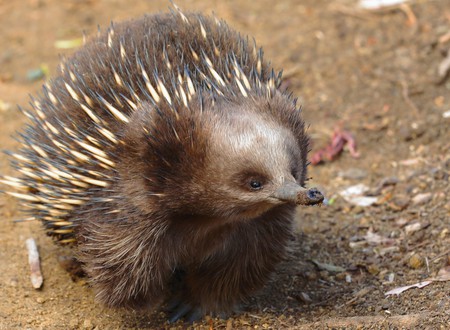 A part of the Australian possum family, sugar gliders are found across northern, southern, and eastern Australia. They live in forests and woodlands, and sleep in nests in tree hollows during the day. At night, they glide from tree to tree, enjoying a diet of nectar, pollen, invertebrates, and tree sap. They use their bushy tails to steer and stabilise themselves. Sugar gliders are very social creatures, and some people actually keep them as pets, within Australia and internationally as well. 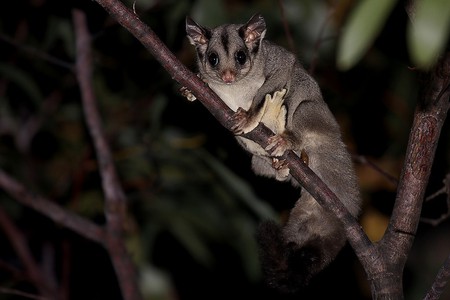