The Most Impressive Buildings in Sydney 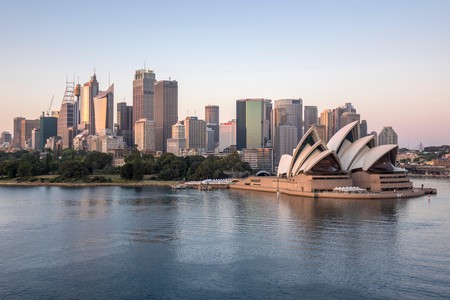 Sydney might be a fairly new city when compared to other places, but the New South Wales capital is still home to some beautiful historical buildings, as well as striking contemporary edifices. From the weird and wonderful to the tall and towering, these are the most impressive buildings in the city. 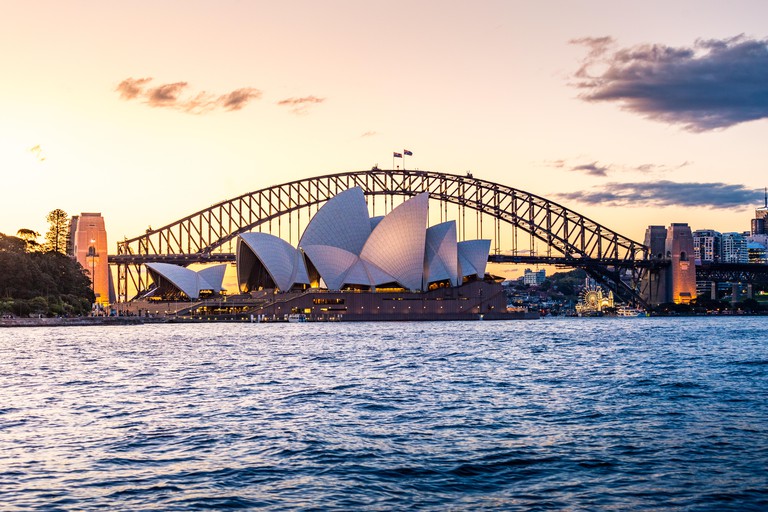 The modern multi-venue Sydney Opera House is among the most recognisable centres of musicf, theatre and culture in Sydney and the world. Not only is it among Australia’s most famous landmarks, it is also an important example of Modern Expressionist architecture. This performance hub is home to several resident companies, including Opera Australia, The Australian Ballet, the Sydney Theatre Company and the Sydney Symphony Orchestra. 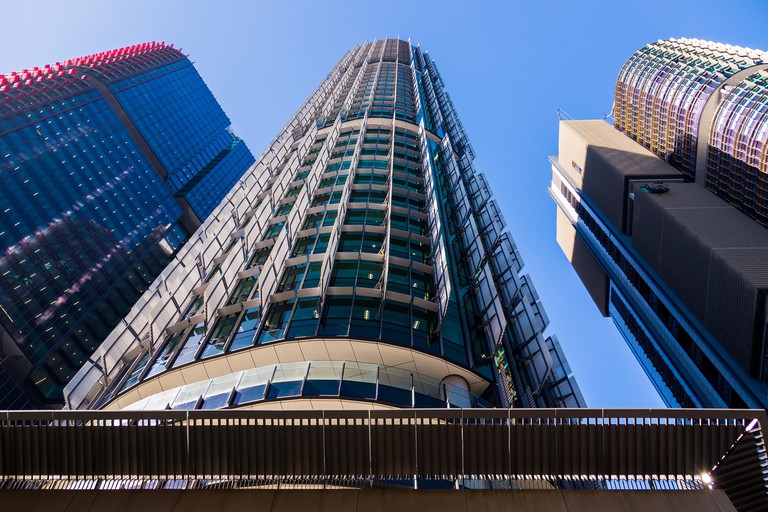 The International Towers in the Barangaroo development were designed by architects Richard Rogers and Ivan Harbour | © Paul Lovelace / Alamy Stock Photo
Barangaroo, where the International Towers reside, is Australia’s newest financial and commercial hub for the entire Asia-Pacific region. The buildings have been dubbed one of the world’s best office precincts and house approximately 23,000 office workers. Created by Richard Rogers and Ivan Harbour, the towers were designed as three sibling buildings, each with a separate identity. The striking towers form an imposing part of the skyline on the edge of Sydney.
Open In Google Maps
200 Barangaroo Avenue, Sydney, New South Wales, 2000, Australia
+61280525222
Visit Website
Give us feedback 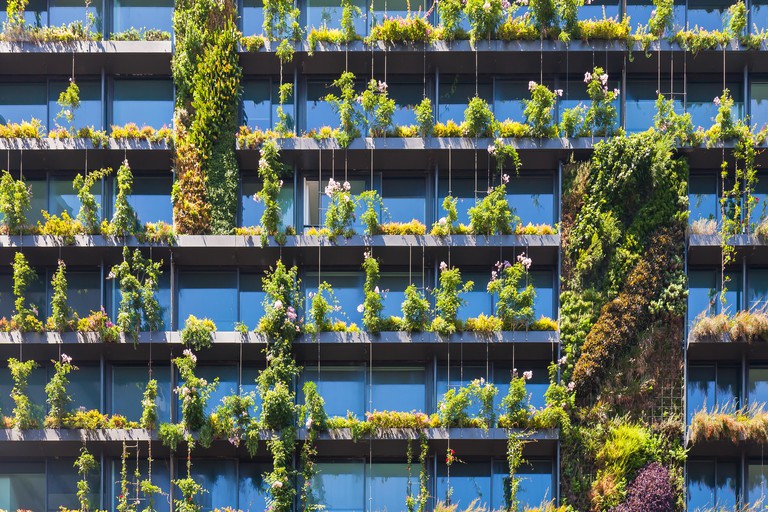 With a tapestry of hanging gardens flowing down the two apartment towers and a high-tech ‘cantilevered heliostat’ reflecting daylight on to the greenery below, this glitzy development is one of Sydney’s greenest buildings. The reflective tower soars 117 metres (384 feet) above inner-city Chippendale, and the Green Building Council of Australia awarded One Central Park a five-star rating when it opened in 2013 – the largest structure in the country to earn this certification. 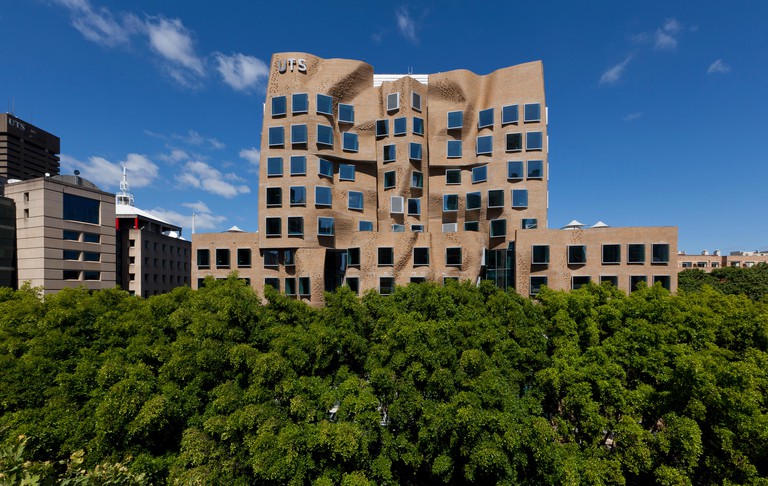 Acclaimed architect Frank Gehry designed the 12-storey Dr Chau Chak Wing Building, completed in 2014 and home to a business school at the University of Technology Sydney. The building’s organic appearance mixes with modern elements, such as large geometric windows that interrupt the flow of the curved walls made of textured brickwork, to create a unique juxtaposition. 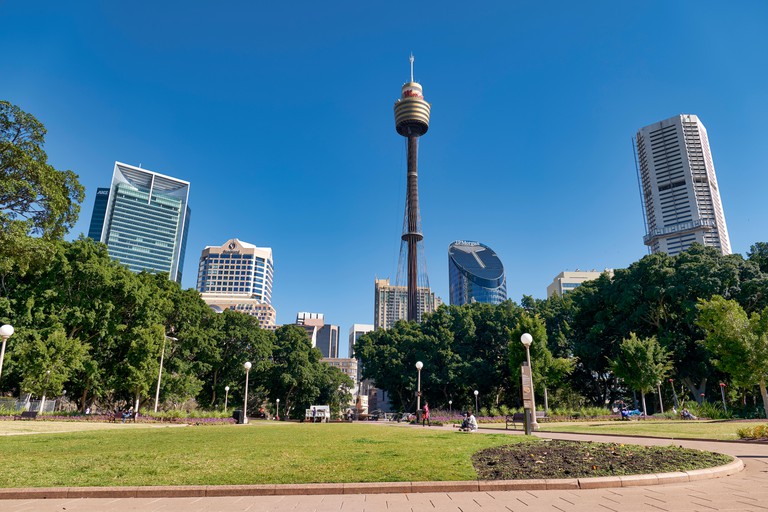 The Sydney Tower is the city’s tallest structure | © MB_Photo / Alamy Stock Photo
Book Now
When looking at Sydney’s skyline, it is impossible to miss the tall, lean tower jutting above the rest – Sydney Tower. It’s the city’s tallest structure and the second-tallest observation tower in the southern hemisphere. You can enjoy sweeping views of Sydney and sit down to an elevated lunch at the rotating restaurant.
Open In Google Maps
108 Market Street, Sydney, New South Wales, 2000, Australia
Visit Website
Give us feedback 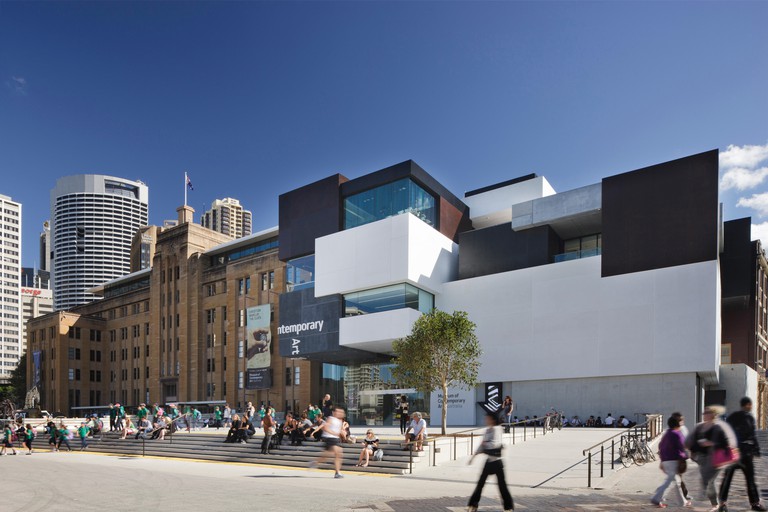 The Museum of Contemporary Art Australia houses some of the most cutting-edge art in the country from artists around the world. It is also an architectural gem, comprising an Art Deco-inspired building and a modern black-and-white addition (Mordant Wing), which is a beautiful contrast from the sea of historical structures in The Rocks area. The museum also holds a prime position at Circular Quay, between the Sydney Opera House and the Sydney Harbour Bridge. 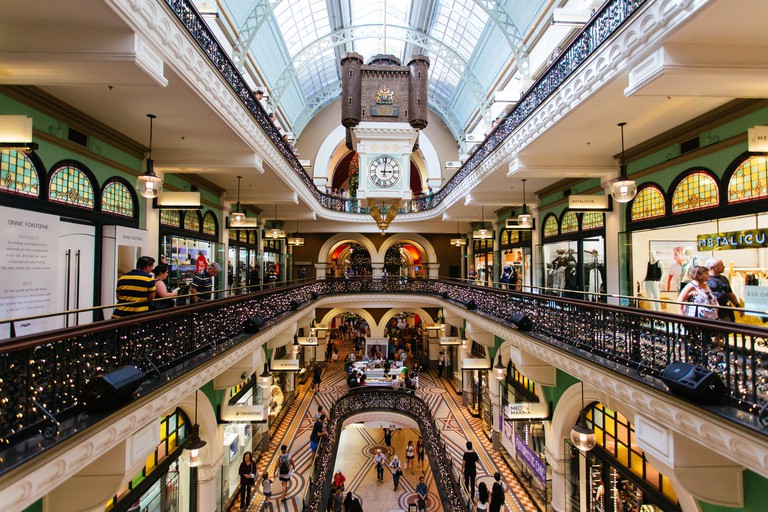 Today, this opulent Romanesque Revival masterpiece is among Sydney’s most cherished pieces of architecture – but it’s a miracle it’s still standing. The city wanted to demolish this decaying Victorian-era market before a Malaysian company gave the QVB a much-needed makeover in the 1980s, restoring this old gem to its former glory.

This 50-floor tower was a groundbreaking piece of Australian architecture when it was constructed in the 1960s, soon after Sydney scrapped height restrictions on inner-city skyscrapers. This round high-rise was the brainchild of acclaimed local architect Harry Seidler, who pioneered Modernism and Bauhaus design Down Under after fleeing his native Vienna during World War II.

A stunning mansion from the 19th century, the Vaucluse House is still surrounded by its original gardens and grounds. The house is nestled in the bushland, next to the harbour’s coastline in the city’s eastern suburb of Vaucluse. Originally a single-storey cottage, the colonial explorer, barrister and politician William Charles Wentworth bought the building in 1827 and set about developing it into a large estate. 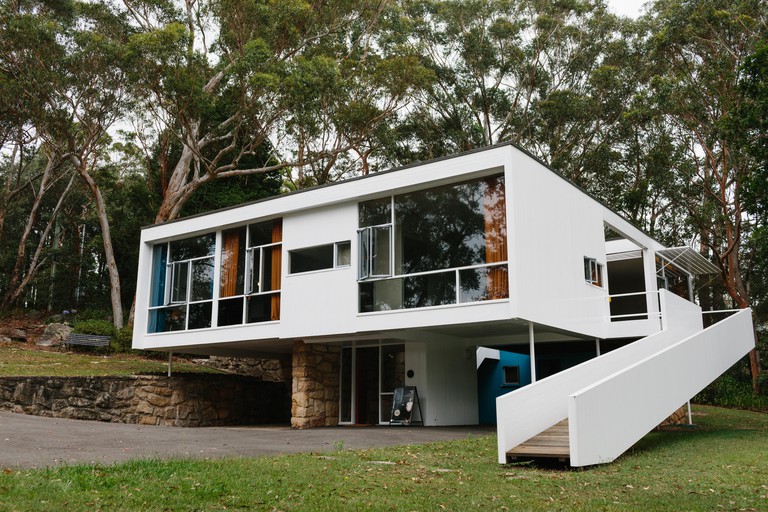 Harry Seidler designed this Bauhaus-style home for his parents in 1948. Named after his mother, Rose, it has become a popular attraction for architecture lovers. Known as “one of the finest examples of mid-20th-century Modern domestic architecture in Australia”, the Rose Seidler House is open to the public each Sunday and well worth a visit – the beautiful modernist style that permeates the house is as attractive today as it was in the 1940s. 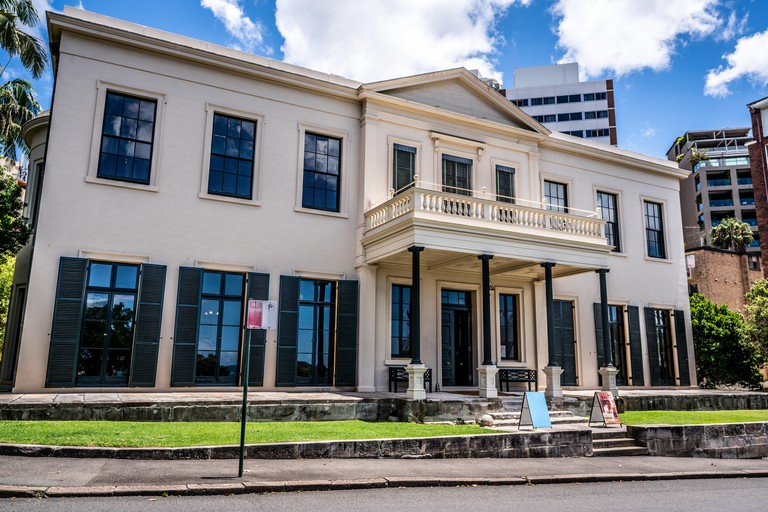 Built in 1835 in the popular Greek Revival style of the time, the Elizabeth Bay House was once known as “the finest house in the colony”, set in the middle of landscaped gardens. The exterior is still beautiful, but it’s the interior that really draws a crowd. The lavish furniture and elegant decorations are well worth seeing, and the house also has two wine cellars and a grotto.