The Oldest Pubs in Sydney, Australia 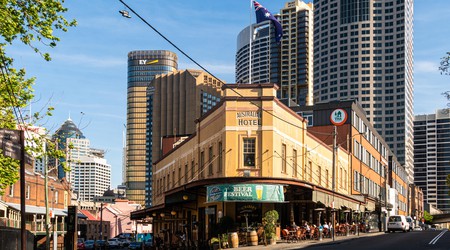 As long as Sydney has existed, the inhabitants have enjoyed a beer or two. Unsurprisingly, the oldest city in Australia is now home to a wealth of historic pubs, dating from the early 19th century. So whether you’re looking for a watering hole in The Rocks or a tipple in Windsor, here are the oldest pubs in Sydney. 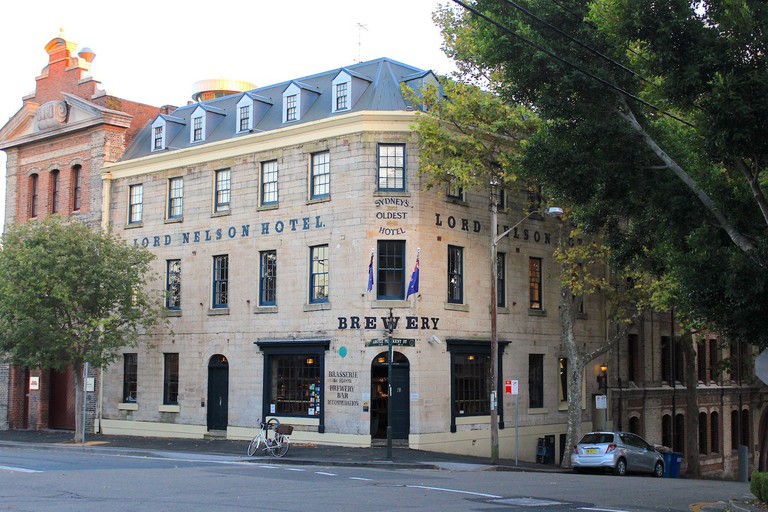 The Lord is the oldest continuously licensed hotel in Sydney, pulling beers since 1841. A plasterer named William Wells converted his home into a three-storey sandstone hostel in the 1840s and the pub is still in its original skin. It has since benefitted from significant renovations and the addition of a brewery in the 1980s and ’90s. Today, it sells a range of brews and modern Australian cuisine and offers accommodation. 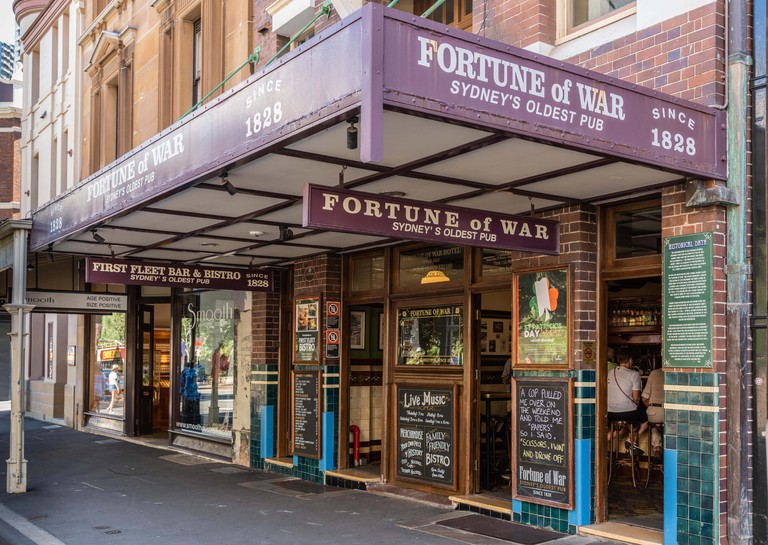 The Fortune of War has a colourful history. Built by a former convict in 1828, it’s said to be the oldest hotel in Sydney. Local brewery Tooth & Co rebuilt the rundown property in the 1920s, which challenges the continuously licensed label, but that facelift hasn’t diminish the two centuries of history in the heart of The Rocks precinct, especially the strong ties to the Australian Armed Forces. 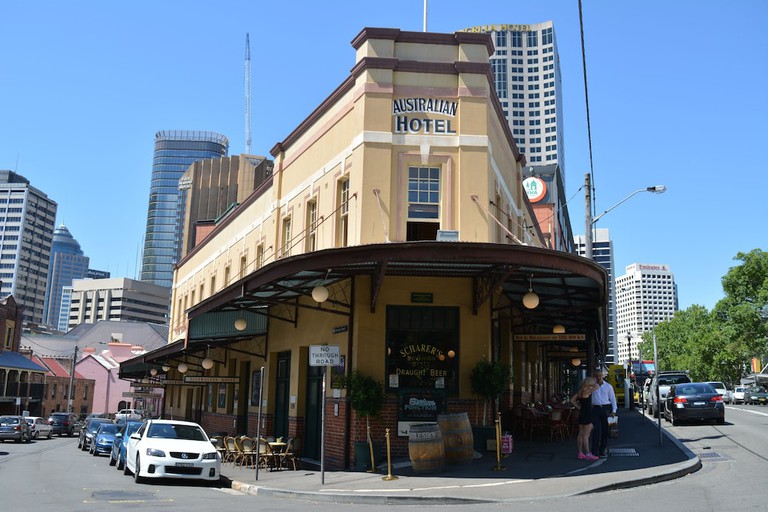 This pub began life on George Street in 1824 before a plague outbreak in 1900 forced the government to tear down the building. They made the licensees shift their business to a site on nearby Cumberland Street where The Australian Heritage Hotel remains today. Don’t miss the Coat of Arms pizza – featuring kangaroo and emu meat – for a patriotic meal in this well-preserved Edwardian watering hole.

The Hero of Waterloo 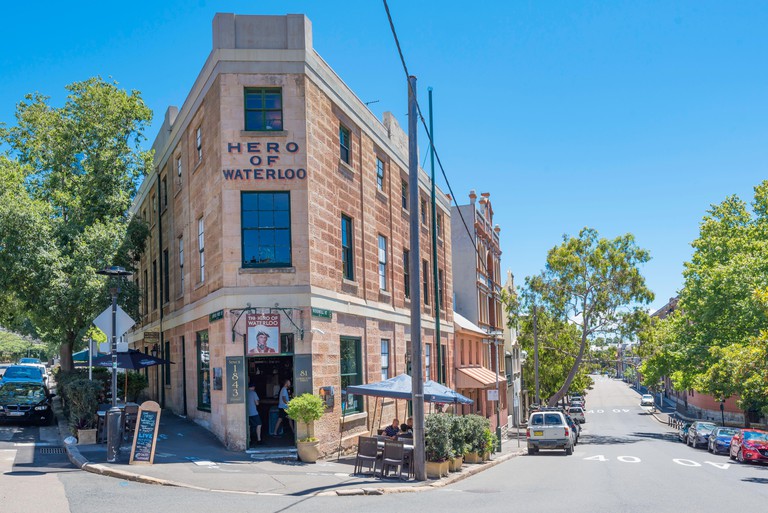 Named after the Duke of Wellington, this grand old sandstone pub has been an icon of Millers Point for more than 170 years. The heritage-listed Hero of Waterloo was built by convicts in the 1840s and has been described as the most haunted pub in Australia, thanks to the trapdoor used to shanghai sailors, and the ghost of Anne Kirkman, the murdered wife of a former publican. During the winter, cosy up by the fireplace with a schooie (schooner) of Victoria Bitter (VB), while in summer the crowds spill out onto the streets.

Yet another Rocks establishment with history stretching back to the colonial era, this quaint pub is now dedicated to serving quality craft beers. The property was originally a private residence and went through many pairs of hands before being renovated into one of the premier boutique beer venues in Sydney. It now has 12 rotating taps, two hand pumps and brewery-fresh products from the Rocks Brewing Co in Alexandria. 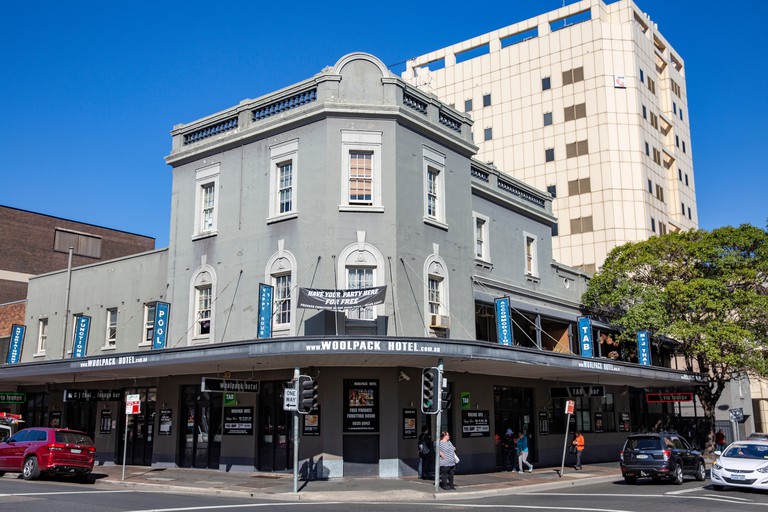 Not all the historic Sydney pubs are located in the Rocks; this Parramatta institution has been around since 1796. The Woolpack was founded in the late 18th century as the Freemasons Arms Inn before being rebuilt across the road in the 1890s and recently transforming into a contemporary bar with a trendy beer garden and a modern Thai restaurant.

In the horse-and-cart days, travellers needed somewhere to stop for refreshment midway between Sydney and Parramatta — hence the foundation of the Half Way House Hotel on Parramatta Road in 1809. The pub was renamed the Britannia, the Homebush Inn, Abrahams Family Inn and Jockey Club Hotel. It then survived a series of rebuilds to emerge as the modern Horse & Jockey Hotel, a local favourite featuring a sunny beer garden and family-friendly bistro. 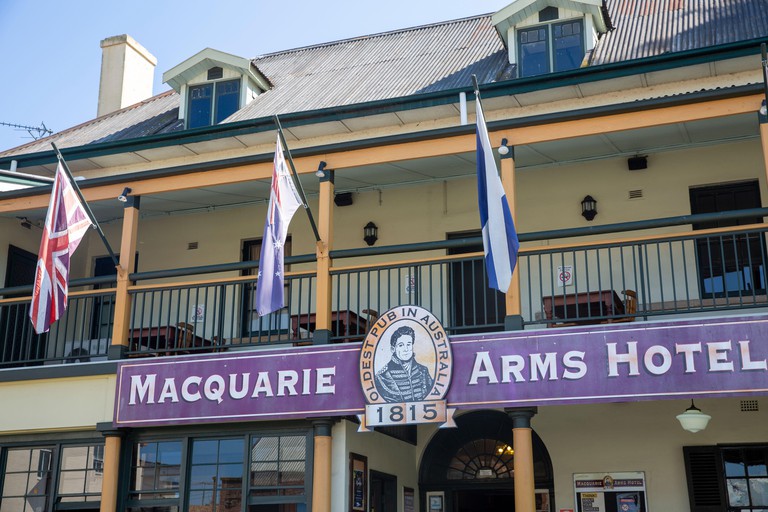 The oldest pub on the Australian mainland is perched on the banks of the Hawkesbury River in a storied sandstone structure in Windsor, around an hour west of Sydney city. Built by an ex-convict under orders from governor Lachlan Macquarie (who humbly named the place after himself), the Macquarie Arms Hotel is the oldest continuously licensed pub on the Australian mainland, shaded only by a handful of pubs in Tasmania.

Occupying the current site since 1860, the Rag is one of the most historic watering holes north of the Sydney Harbour Bridge. This institution began as a thatched-roof single-storey inn called the Sailors Return, before taking on a new name in 1866. As the skyscrapers of North Sydney sprung up around it, the pub still has much original 19th-century character. Make sure you get the Aussie pie topped with mushy peas. 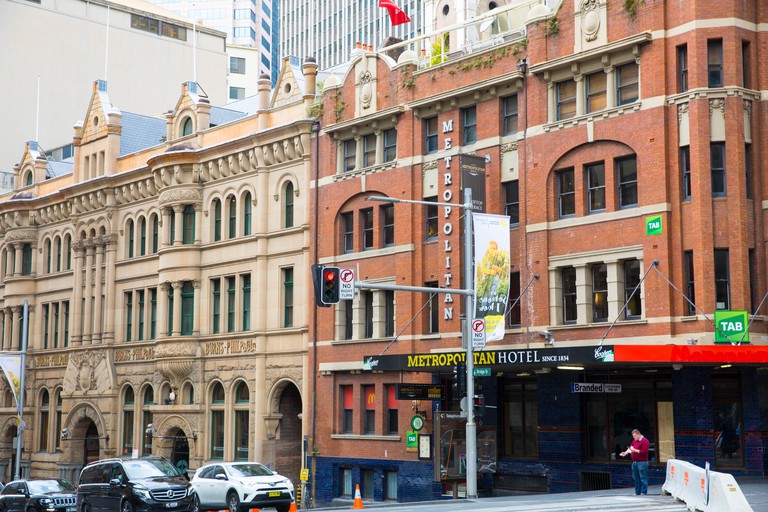 The Metro bills itself as the newest old pub in Sydney; old because it was established in 1834 and new because it has a stylish rooftop terrace following a facelift. The four-storey venue has a public bar, gaming room, restaurant and rooftop beer garden, linked by 87 stairs that are a lot easier to navigate prior to indulging in a schooner – or seven.