The 10 Most Venomous Spiders in Australia 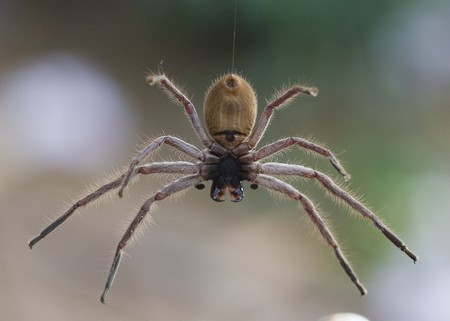 Australia is home to some of the most venomous eight-legged creatures on the planet. However, although the country has become synonymous with these much-feared critters, the truth is spider’s tend to get a bad rap. Not only are they mostly harmless but they lower the overall number of insects on the continent, and generally pose no fatal threat. Saying that, there are a small number of spider species which are best avoided. Here are the 10 most venomous spiders to watch out for in Australia.

Allegedly the world’s most dangerous spider, the Sydney Funnel-Web (atrax robustus) is a common feature in New South Wales, residing in both back gardens and bushlands. Known for its foul temper and mighty fangs – which can pierce through finger and toenails alike – this arachnid is not to be messed with.

Highly toxic, their bite can attack the human nervous system leading to death in as little as 15 minutes. Luckily, since the anti-venom was made available in 1981, no fatalities have been recorded. 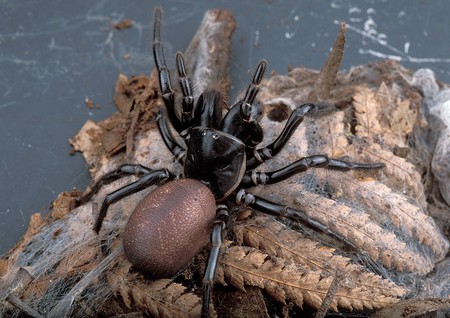 There are approximately 40 other funnel-web spiders – none as venomous as the dreaded Sydney funnel-web. In fact, only six have been proven to pose a threat to safety. 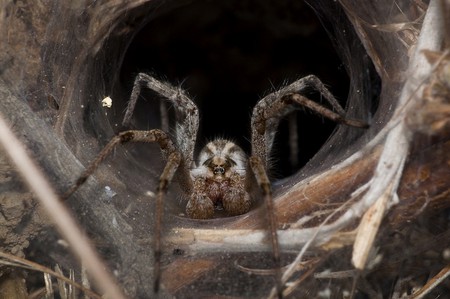 Making the headlines in 2016 for the fatality of a young Sydneysider, the redback spider (latrodectus hasselti) is a highly venmous, distinctive looking arachnid with a notable red stripe on its body.

Found throughout Australia – from bush to urban dwellings – the redback often seeks solace in sheltered, quiet places such as mailboxes and under toilet seats. Although there are many reported cases of bites each year, few are considered potentially deadly, and only a small number are treated with the anti-venom. Bar the case in 2016, there have been no reported deaths due to redback spiders bites since the anti-venom was made available in the 1950s. 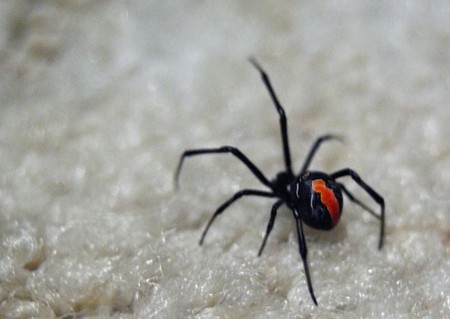 Typically found in bush or burrows, but sometimes slithering their way into suburban backyards is the mouse spider (missulena). With eight species of mouse spider to reckon with, spanning the length and breadth of Australia, they are considered one of the most lethal spiders due to their venom which is similar to that of the funnel-web; saying that, no fatalities have been linked to their bites.

They are quite sedentary spiders and keep to themselves. Females tend to enjoy the quiet of their burrows whilst males commonly wander in search of them. Unlike other similar species, mouse spiders are known to roam during the daytime heat. 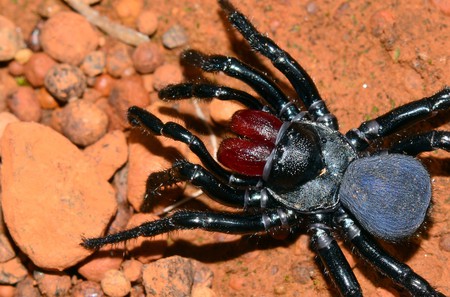 These savvy spiders are named after their strategy which includes hiding in the entrance of their burrow, tricking possible prey into the false security of their lair. Trap door spiders (idiopidae family) are found throughout Australia and although they are known to bite – males more so than females – their bites are mostly harmless, causing only minor symptoms.

Whereas most spiders will live only a few short years (if that), trap door spiders are known to flourish for up to an impressive 20 years of age. 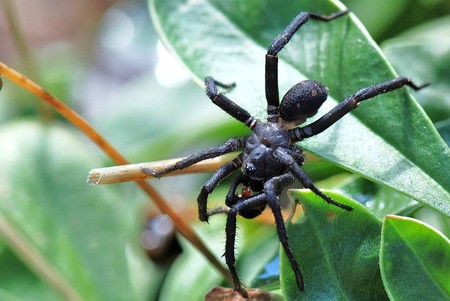 Native to Southern and Eastern Australia, white-tailed spiders are aptly named after the distinctive white stripe on their body. Found in both natural and urban landscapes, these eight-legged critters are nomads who wander by night in pursuit of food, which is found in the form of other, lesser powerful spiders.

Although their meat of choice is far from human, bites by the white-tailed spider species Lampona cylindrata and Lampona murina have resulted in mild symptoms such as localised pain with no major health risk. 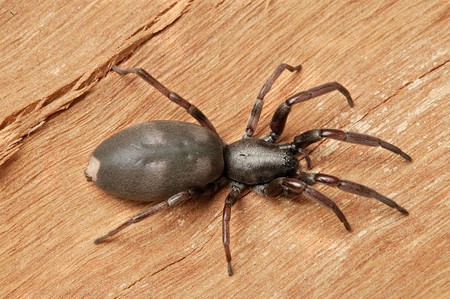 The indigenous Australian tarantula is found countrywide and covers four dominant genera: Selenocosmia, Selenotholus, Selenotypus, and Phlogiellus. Although only six species are recorded, it is thought many more are undiscovered.

With a large frame, sharp fangs and characteristically long and hairy legs, Australian tarantulas are certainly a sight to be reckoned with. However, they do not pose such a severe threat to humans; their bites are known to be painful yet unlikely to cause lethal effects.

As the most common spider to bite in Australia, the Australian garden orb weaver spider is feared by many. Residing in the household gardens amongst the flowers and shrubbery, these spiders are an oft-spotted creature in Australia.

Fortunately, they have low levels of venom and although bites are common and result in localised pain, they are more or less harmless in the grand scheme of things. 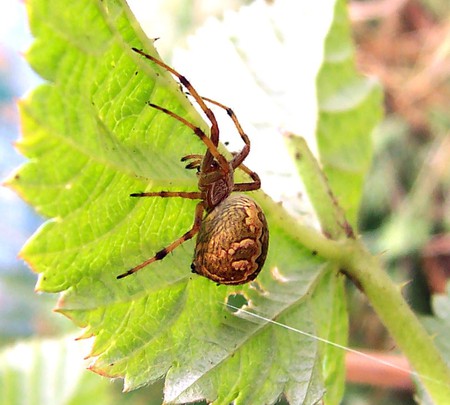 Often found in suburbia, wolf spiders are a common feature in Australia. Ranging drastically in both size and colour, these arachnids which are found across the continent are known to often hunt toads and other insects. They are mainly a vagrant spider, thus there have been reported instances of human contact and bites. Symptoms can include minor local pain or itchiness, and in few instances dizziness, rapid pulse and nausea. 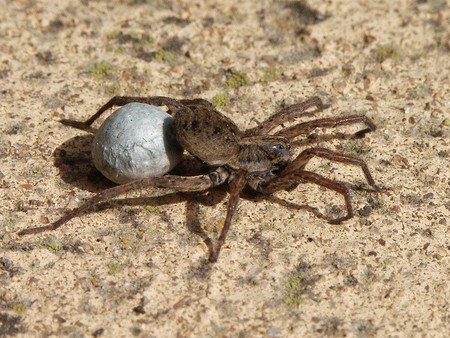 In fact a friend to humans, the huntsman spider (Sparassidae family) can make for a great housemate, reducing the level of insects in a home. Commonly feared due to their large figure and grand leg span, huntsman spiders are actually timid creatures.

Their venom is not considered deadly to humans, and the largest concern for safety in regards to huntsman spiders with people is a person’s knee-jerk response when unknowingly stumbling across the large arachnid, whether that be falling down or crashing their car in terror. 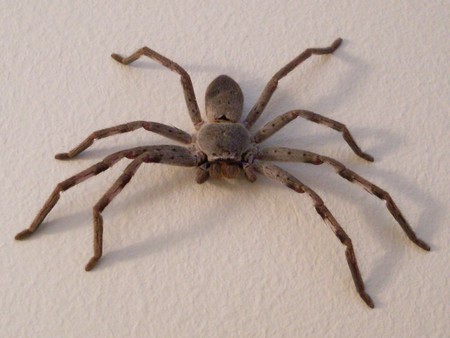