The 10 Coolest Streets in Sydney 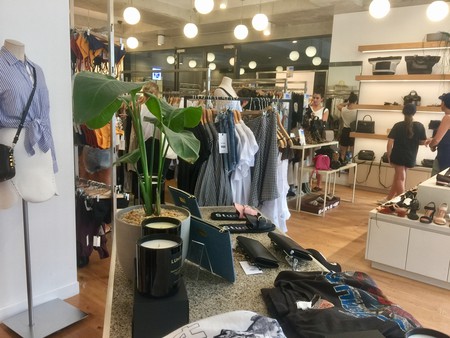 Being Australia’s largest city, there is no shortage of interesting suburbs and streets to explore in Sydney. From the laid back beach roads to the bustling dining precincts and everything in between, we’ve found the best places to go.

Oxford Street has made a name for itself for being one of the premier shopping streets in Australia. Running from the city through to Bondi Junction, you can easily spend a day walking up the street stopping for some retail therapy in Australian designer stores like Sass & Bide. There are plenty of eateries too, Wine Library being perfectly located at the top end, perfect for some celebratory drinks.

It might be a small street, but it is one of the coolest strips in the city located a few blocks away from the world famous Bondi Beach. On this narrow, one-way street you will find trendy boutiques such as Saturdays NYC surf shop and Tuchuzy. Alongside luxury fashion you will also find wholesome foods from the Earth Food Store – the ultimate Bondi Experience.

Only a short distance from Gould Street is Bondi Road, which is up the top of the hill and has a much more local vibe compared to Bondi Beach. The street boasts some of the best restaurants this side of the city including the Canadian restaurant The Stuffed Beaver, SEFA Kitchen and Panama House.

A balanced diet is important.. and wine is fruit and fruit is part of a balanced diet so come down tonight for a 1/3rd off a bottle of salad* with your dinner…. ☺️ #inspo — *not dictionary definition of 'salad' **We also have actual salad. — #winewednesday #panamahouse #panamahousebondi #sharingiscaring #humpday

This street is the epicentre of the trendy suburb of Newtown, lined with traditional terrace buildings now occupied by some of the city’s best restaurants, bars and boutiques. During the day you can find plenty of shops to peruse and plenty of bars come night. Be sure to stop by Bloodwood for dinner and drinks.

Are you a coffee fan? A bit of a book worm? Then you will feel right at home in Glebe Point road in the city’s inner-west. Some of Sydney’s best books are located here including the Cornstalk Bookshop, which is home to 4000 hardback crime books. For your caffeine fix head to the cute-as-a-button Clipper Cafe located in a traditional terrace home.

This road is located in one of Sydney’s most northern beach suburbs of Avalon, which seems a million miles from the city and feels more like a small beach town. Along the strip you will find laid back cafes such as Smalltown Coffee, Bookoccino Bookstore and the Avalon Cinema.

Darling Street acts as the spine running through the gorgeous neighbourhood of Balmain. It stretches from the top of the suburb and runs right down towards the river. It is the perfect place to spend a day window shopping when the weather permits. One of the best known meals to have here is the Turkish brunch for two at Efendy.

Surry Hills has made a name for itself for being the best eating and drinking precinct in the city, and Crown Street acts as the lead role. Along here you will find cosy wine bars such as Mille Vini as well as bustling pubs such as the Clock Hotel. If you can brave the lines, the famous Messina Gelato is also a must.

The Corso is, for the most part, completely car free and is the connecting pedestrian mall between the harbour and the beach in Manly. Along here you will find all the convenience you need in Manly including surf shops as well as some cosy restaurants like Chica Bonita.

George Street is one of Sydney’s most significant streets starting off at the hub of Central Station and stretching all the way to the Sydney Harbour at Circular Quay, where the Sydney Opera House and Harbour Bridge are located. Soon, part of George Street will be pedestrianised with a light rail option to explore Sydney on.

We are made by history.