The 10 Coolest Attractions at Vivid Sydney This Year 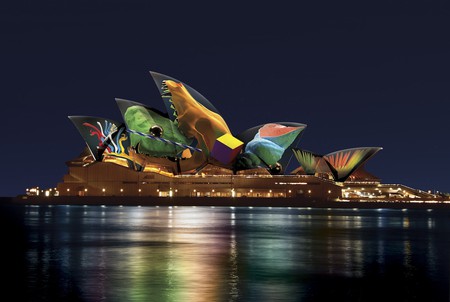 As the world’s largest festival of light, music and ideas, Vivid Sydney attracts more than two million visitors to the Harbour City every year—and the 10th anniversary in 2018 will be the biggest edition yet. Here are the 10 attractions you cannot miss at this year’s Vivid Sydney.

The centrepiece of Vivid Sydney is the iconic Opera House, and Lighting of the Sails: Metamathemagical will put on an extra special show for the event’s 10th birthday party. Local artist Jonathan Zawada will transform the sails into a series of kinetic digital sculptures inspired by the Aussie environment. “I really wanted to take a big picture view of both what Vivid is about, but more importantly, how I feel about Australia as this kind of elemental, timeless place that is also completely new and full of energy,” Zawada said when the program was announced in March. 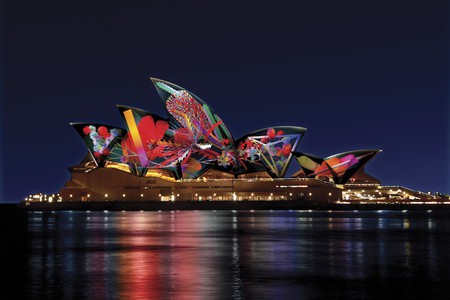 The Harbour City’s other postcard landmark also enjoys plenty of the limelight during Vivid Sydney, and the Bangarra Dance Theatre again takes centre stage. The southern pylon of the Sydney Harbour Bridge will be illuminated with the large-scale projection of EORA–Dark Emu, celebrating the relationship between Australia’s Indigenous people and their native land before British colonisation. 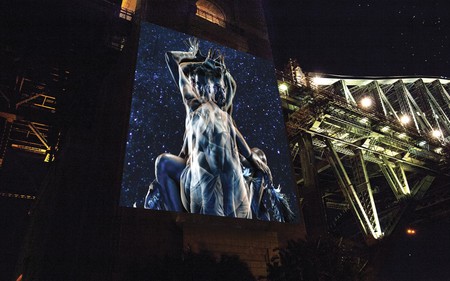 Generations of Aussie kids grew up reading about the adventures of the Gumnut Babies, and now Snugglepot and Cuddlepie will be scampering around Customs House during Vivid Sydney. Author May Gibbs first wrote about these baby bush heroes a century ago and those pages will be projected onto Circular Quay’s most historic building, which dates back to 1845. 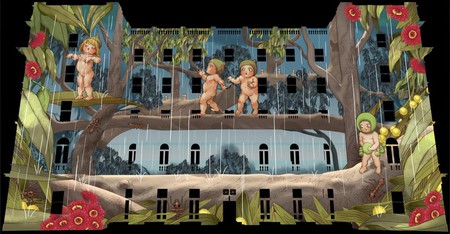 The leafy surrounds of the Botanic Gardens always provide a spectacular canvas for Vivid Sydney’s light sculptures, and 2018 is no exception. Aqueous—a winding, illuminated pathway that’s been shipped straight from the Burning Man festival—is the most anticipated installation, while the wavy He’e nalu, the twinkly Oasis, the cheerful Parrot Party, the shell-inspired Nacre and the giant metallic flower named The Bloom are other cannot-miss attractions. 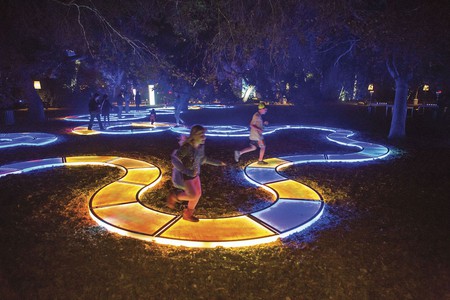 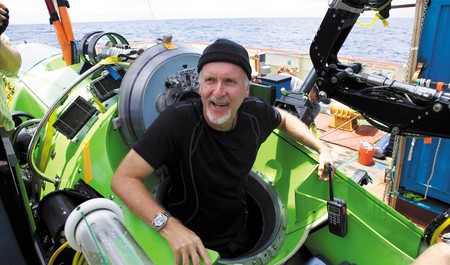 Vivid Sydney has also unveiled a bumper line-up of musical acts, and Ice Cube’s Opera House debut was a thrilling surprise that no one saw coming. The NWA founder is coming straight outta Compton to Bennelong Point for four nights (Friday 25 May to Monday 28 May) as part of Vivid Live, your only opportunity to see the godfather of West Coast rap perform in Australia this year.

Besides the Sydney Gay and Lesbian Mardi Gras, LGBTQI+ celebrations in the Harbour City don’t get much bigger than this. Celebrate the Queen’s birthday-long weekend with the most epic fancy dress party you could possibly imagine, as a huge line-up of local talent—including Electric Fields, Miss Blanks, Collarbones, Rainbow Chan, Holy Balm and Post Motel—rocks the Sydney Town Hall on Saturday June 9. 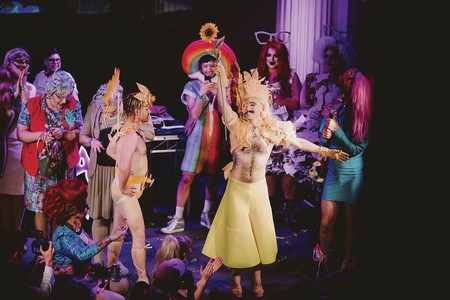 This colourful amusement park on the northern side of Sydney Harbour is joining in Vivid Sydney for the first time in 2018, lighting up with The Spirit of Fun. Luna Park’s famous grinning face and towering ferris wheel will glow with extra LED lights, and Coney Island will come alive with a spectacular light installation every evening, too. 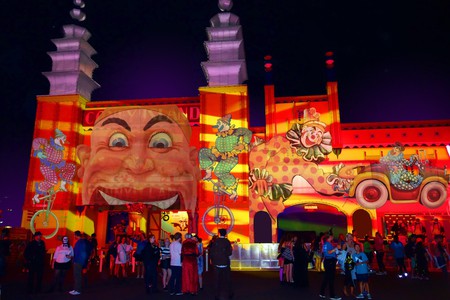 The MCA contains Australia’s best collection of cutting-edge modern art, and the psychedelic light projections that dance on its facade during Vivid Sydney suit the masterpieces inside. This year, the grand Art Deco edifice overlooking Circular Quay will be illuminated by Virtual Vibration, a mesmerising mixture of light, music and art produced by Spinifex Group, artist Jonny Niesche and composer Mark Pritchard.

Located next door to the MCA in the historic Rocks precinct, Cadmans Cottage is the second oldest surviving building in Sydney, dating back to 1816. During Vivid Sydney, this two-century-old cottage transforms into an interactive space where visitors can wade through a virtual pool of thousands of responsive toy balls in an incredible projection dubbed BALLpit.