The 10 Best Music Artists From Melbourne 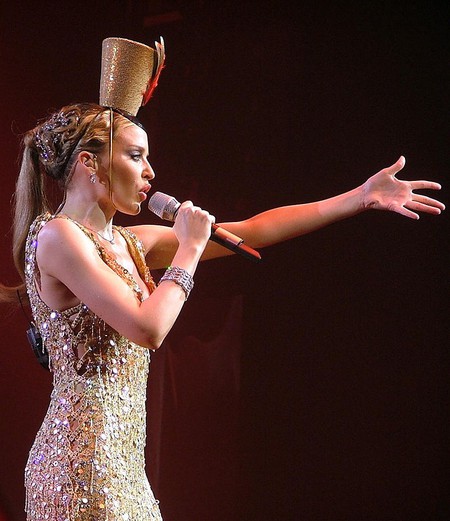 Many of Australia’s most successful musicians and singers call Melbourne home, and many were even born here. From the Princess of Pop and The Voice to an Idol winner and a student of Rydell High, some of Australia’s most successful artists have, at one time or another, resided in Melbourne. This city has produced ARIA and Grammy award winners, rock stars and pop stars, chart toppers and contemporary singer-songwriters, and they all continue to lead successful careers today.

On the 28th of May 1968, ‘Princess of Pop’ Kylie Minogue was born in Melbourne. Her first TV performance came in 1985 on Young Talent Time, and soon after, she was cast on Neighbours as Charlene. She spent two years on the show, and her on-screen marriage to Jason Donavan was seen by over two million people in the UK. For her performance on the show she was awarded four Logies and became the youngest recipient of the Gold Logie. Her debut album, Kylie, was released in July 1988, and The Loco-Motion became a hit in countries including the UK, US and Australia. She has since released 13 albums, and her most recognisable songs include ‘Can’t Get You Out of My Head’ and ‘Spinning Around.’ Kylie has collaborated with Nick Cave and Robin Williams, and ARIA has named her ‘the highest-selling Australian artist of all time.’

James Gabriel Keogh, better known as Vance Joy, was born on the 1st of December 1987 and seemed destined to become an AFL player, but after the release of his debut EP God Loves You When You’re Dancing in March of 2013, his life changed direction. His single ‘Riptide’ charted across the world, reaching number one in the UK and US, and it was given the top spot on Australia’s Triple J Hottest 100 in 2013. Riptide is also the longest-charting song in ARIA Chart history, spending 107 weeks in the top 100. In 2014, Vance Joy released his first studio album Dream Your Life Away ,which includes the singles ‘Mess is Mine’ and ‘Georgia.’ Following this success, Vance Joy accompanied Taylor Swift on The 1989 World Tour.

Hailing from Keilor East, Tina Turner was born in 1967 to a traditional Italian family. At the age of nine, she was a made a member of Young Talent Time and was given the nickname Tiny Tina. In 1990, she released her debut solo album Strong as Steel, and in 1994, her follow-up album Don’t Ask reached number one on the ARIA Album charts and went on to become the highest selling album of 1995. The singles ‘Chains’ and ‘Sorrento Moon (I Remember’ are two of Tina’s most recognisable tracks. She has released music in English, French, Spanish and Italian, and collaborated with American salsa artist Marc Anthony on the song ‘I Want to Spend My Lifetime Loving You’ for the film The Mask of Zorro.

Born on the 22nd of September 1957, Nick Cave lived all over Victoria, and it was at Caulfield Grammar that he and a group of friends formed the band The Boys Next Door, later known as The Birthday Party. Since 1984, Cave has fronted Nick Cave and the Bad Seeds and has made 15 albums with the group. His sound can be described as post-punk/experimental ,and his talents stretch beyond his work as a front man, with credits as a composer, author, screenwriter and actor. In 1995, ‘The Prince of Darkness’ collaborated with ‘Princess of Pop’ Kylie Minogue. Other collaborators include Johnny Cash, Debbie Harry and PJ Harvey, and his most notable songs include ‘The Marcy Street,’ ‘Red Right Hand,’ and ‘Into My Arms.’

The Voice may have been born in England, but John Farnham moved to Melbourne in 1959 and has left his mark on the Australian music scene with a career that has lasted over 45 years. He was even named Australian of the Year in 1987. In the late 1960s, Farnham became a teen idol after the release of Sadie (The Cleaning Lady) and began starring in live musicals. In 1982, Farnham became the front man of Little River Band and recorded three mildly successful albums with the group before leaving in 1985 to once again pursue a solo career. In 1986, Whispering Jack becoming the highest-selling album in Australian History. The album includes the song ‘You’re The Voice,’ which found international and Australian success.

Wouter Andre De Backer was born in Belgium before he and his family moved to Montmorency, Melbourne. Before finding international success, Gotye attended Parade College and the University of Melbourne, and after graduating with a Bachelor of Arts, he began recording music. His albums Boardface and Like Drawing Blood found moderate success, with each release slowly building his reputation. In 2011, the album Making Mirrors was released and included the track ‘Somebody That I Used To Know’ featuring Kimbra. The song became an instant favourite and reached the top position on numerous charts throughout the world. The song has won three Grammy Awards and seven ARIA awards, has been certified 11x platinum in Australia and 8x platinum in the US, and the YouTube video has been viewed 756 million times, as of April 2016.

Olivia Newton John is one of the world’s best-selling music artists of all time, and although she was born in Cambridge, England, she grew up in Melbourne. In 1966, she recorded her first song, and she released her debut album in 1971. In 1974, she represented the UK in the Eurovision Song Contest, the same year that ABBA’s Waterloo won the competition. Her single ‘Let Me Be There’ earned Newton her first of four Grammys, and her signature song ‘I Honestly Love You’ was her first number one song in the US. In 1978 ,she starred alongside John Travolta in Grease and was nominated for a Golden Globe, while the single ‘Hopelessly Devoted to Yo’ received an Oscar nomination. She went on to star in Xanadu with Gene Kelly, and in 1981, she released Physical.

Born on the 26th of October 1981 in Malaysia, Guy Sebastian moved to Melbourne in 1988 before his family eventually settled in Adelaide. In 2003, he became the first winner of Australian Idol, and his winner’s single ‘Angels Brought Me Here’ went 4x platinum. He has released seven albums, and his most successful single to date is ‘Battle Scars’ featuring Lupe Fiasco which was certified 9x platinum. He and Lupe performed the single on the Late Show with David Letterman. He has also collaborated with Robin Thicke, John Mayer, Jordan Sparks, and Eve, and has four won ARIA awards. In 2015 Guy Sebastian became the first person to represent Australia at the Eurovision Song Contest where he finished in fifth place with the single ‘Like A Drum.’

Michael Peter Balzary, better known as Flea, was born in 1962 in Burwood, Melbourne, but later moved to New York, where he met Anthony Kiedes formed the Red Hot Chilli Peppers in 1983, with Flea on bass guitar. The band have released ten albums, with hits such as ‘Californication,’ ‘Give it Away,’ ‘Scar Tissue,’ ‘Under the Bridge,’ and ‘Dani California,’ and were inducted into the Rock and Roll Hall of Fame in 2012. Flea has collaborated with an extensive list of artists, including Alanis Morissette, Johnny Cash, the Mars Volta, and Tom Waits. He has acted in many films including Back to the Future Part II and The Big Lebowski, and has lent his voice to several animated features, including Inside Out.

Missy Higgins was born on the 19th of August 1983 in Melbourne and has gone on to become one of the most celebrated singer-songwriters in Australia. Record companies Song, Eleven and Warner Brothers in the US took interest in Missy prior to her success, but after signing with Eleven, she released two EPs and her first studio album in 2004. The self-titled record included the singles ‘Scar’ and ‘The Special Two.’ ‘Scar’ won the ARIA for Best Pop Release. Throughout her career, Missy has won a total of nine ARIA awards and two APRA awards, with a total of 29 nominations. Her latest album, Oz, was released in 2014.